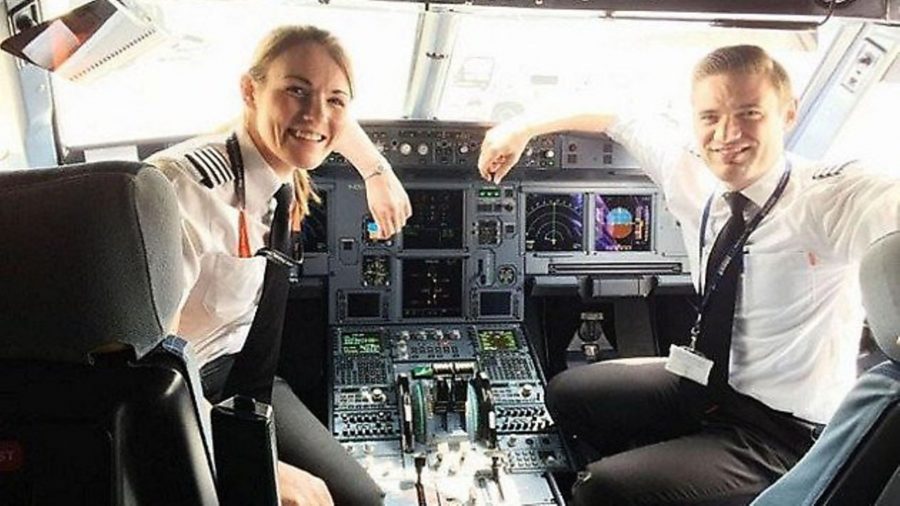 Just five years after joining easyJet as a first officer, Kate McWilliams has risen to the rank of captain at the age of 26

The low-cost airline easyJet believes their pilot Kate McWilliams is the youngest commercial airline captain in the world after carrying out research, a spokesperson has said.

The 26-year-old, originally from Carlisle, flies Airbus A319 and A320 aircraft to around 100 destinations, including Iceland, Morocco and Israel.

Since becoming a captain this year, McWilliams says she gets asked about her age by passengers and cabin crew almost on a daily basis.

“When I tell them I’m 26, most people are pleasantly surprised and impressed with my achievement at such a young age,” she said.

“Personally I don’t think my age matters. I’ve been through the same training and passed the same command course as every other captain so I’ve proven myself capable regardless of age.”

And it is not just McWilliams who is breaking new ground. Recently, she flew from Gatwick to Malta with nineteen-year-old Luke Elsworth as her first officer, the youngest commercial pilot in the UK.

McWilliams began flying aged thirteen in the air cadets. On her 19th birthday, she started her training at CTC Aviation in Southampton before joining easyJet in 2011 as a first officer.

She is in the five per cent of all commercial pilots who are women.

Last year, easyJet announced its intention to increase the number of female pilots to twelve per cent. Julie Westhorp, chairwoman of the British Women Pilots’ Association (BWPA) hopes McWilliams may inspire more women to consider a career in aviation.

“We wish Kate continuing success in her career and are delighted that she is now an excellent role model for other females,” she said.

If you are interested in an airline flying career, see the special ‘Go Commercial!’ section in the November edition of Pilot magazine, on sale from 5 October. Features include Modular v. Integrated training, the Approved Training Organisations’ view of the job market and a day in the life of a BA CityFlyer pilot.