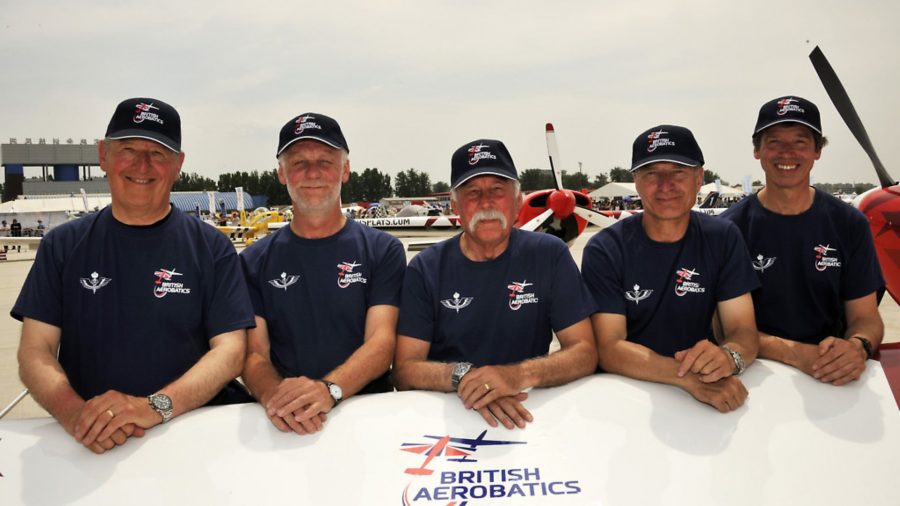 The UK Globalstars formation display team is one of the leading teams in the Formation Aerobatics event in Zhengzhou, China

Made up of five British champions with a significant amount of international competition experience between them and led by airshow regular and ex-British Unlimited Champion Mark Jefferies.

Mark is joined by Chris Burkett, Tom Cassells, Steve Carver and Chris Heames. In total, 12 teams from around the world will compete for the title bringing together some of the best formation display teams from across the globe.

Flying with the backing of the British Aerobatic Association, the Globalstars will also launch the rebranding of the BAeA which has been at the heart of aerobatic competition flying in the UK since the 1950’s.

The Association recognises that participation in the sport has changed in the last decade. The rise of social media means that communications and the sharing of information; videos and conversations have changed, opening up new opportunities online. To align itself with these changes the BAeA will become British Aerobatics, with the aim of being the inclusive home for all British aerobatic pilots and fans.

The first step is to launch a new identity, reflecting the association’s heritage as the sporting body for both power and glider aerobatics. There will be a new look for the website, British Aerobatics merchandise and a new YouTube channel for sharing news, tuition tips and footage from aerobatic flights. There will also be increased opportunities to experience competition flight for the first time and training camps to help pilots improve their aerobatic flying.

Membership of British Aerobatics costs as little as £20 per year – more details can be found here: www.aerobatics.org.uk .

Read our profile on the Global Stars here.