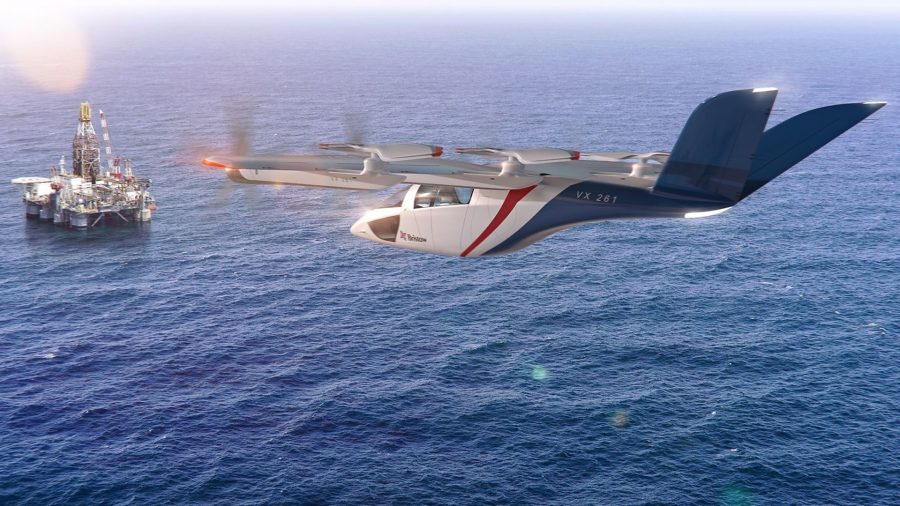 The Bristow Group and Vertical Aerospace have announced a Memorandum of Understanding (MOU) under which the two firms will cooperate on the certification, operational planning and potential purchase of fifty eVTOL aircraft.

Bristow’s pre-order of twenty-five aircraft, along with the option for an additional twenty-five, adds to Vertical’s impressive conditional pre-orders from American Airlines, Virgin Atlantic and Avolon.

Vertical’s eVTOL, the VA-X4, is a single-pilot aircraft intended to be capable of carrying four passengers at speeds of up to 174kt and over a range of more than one hundred miles. The company says it will be ‘near silent’ when in flight, with zero emissions and low cost per passenger mile.

“Bristow’s global expertise and reach means it is the perfect partner for Vertical as we seek to pioneer the transition to zero emissions flight. We look forward to working with Bristow and accelerating the commercial operation of eVTOLs,” said Stephen Fitzpatrick, Founder and CEO of Vertical Aerospace.

Under the MOU, the two companies have agreed to develop a joint working group to collaborate on the following areas: regulatory and airspace; demand, fleet size, spare parts and infrastructure; potential customers; and public acceptance and environmental requirements.

As reported by Reuters, Vertical Aerospace also reached an agreement with Brazilian Airline Gol for the sale or lease of 250 of its eVTOL aircraft, which would be used primarily in the very congested San Paolo urban region.