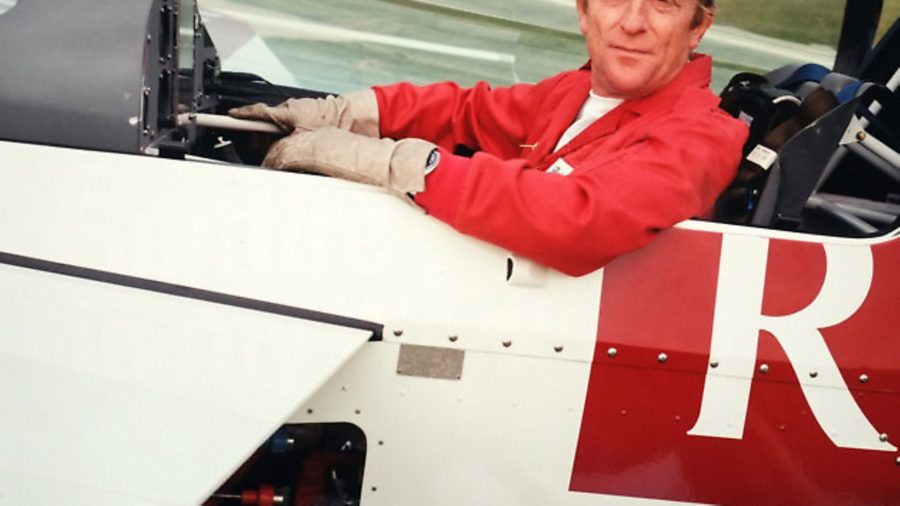 While Brian’s long airshow career reached is peak in the late 1990s and early 2000s with his award-winning Firebirds team, famed for its spectacular yet precise formation aerobatics, flown in Walter Extra’s competition aircraft, he will be known to many pilots for the novels that made him ‘the Dick Francis of aviation’. (Characteristically, Brian always used to insist, with a just a hint of smile, that Dick Francis was “the Brian Lecomber of horse racing”.)

Brian’s articles for Pilot magazine are remembered as fondly as his books, and have also inspired new generations of flyers. Among many other pieces, we remember his early impressions as a fixed-wing pilot of what was then the new Robinson R22, his account of trying a flexwing microlight and the ‘day in the life of an airshow pilot’ – giving in to the temptation to wolf down a burger then feeling sick as the tension rose before flying.

Besides being a fine writer and a great pilot, Brian was great company and had many friends in the flying world. He was a popular after-dinner speaker with clubs and association all round the country, and the aviation world will be poorer for his passing.

Brian is survived by his wife Joyce and daughter Amy. A full obituary will appear in the December issue of Pilot magazine.