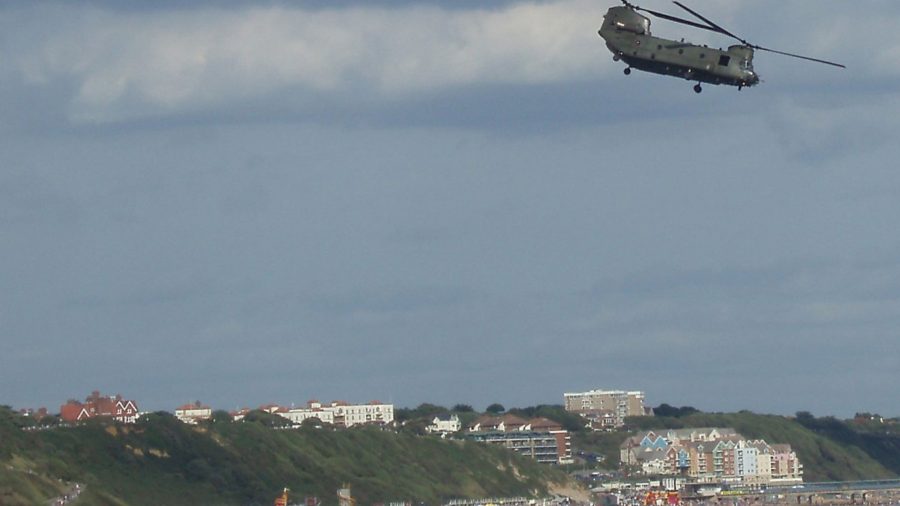 Taking place between August 21 and 23, the festival will feature a variety of entertainment and will be broadcast online and via social media platforms

A ‘take off’ of a different kind has been planned for what would have normally been Bournemouth’s summer highlight the much anticipated 13th air festival.

This year, the team behind the event have been working with Centre VR in Bournemouth to broadcast an online festival – celebrating all that is loved about it…on land, at sea, in the air and community fun.

Entertainment will have hourly themes including Friday’s Royal Navy, Night Air and Air Festival Celebrations, Saturday’s Royal Air Force hour, the Red Arrows and Festival Fun and Sunday’s Daredevil Flying, Vintage Hour and a not to be missed Army slot.

Cllr Vikki Slade Leader BCP Council said: “The air festival is an integral part of our events calendar one which is enjoyed by hundreds of thousands of people. We want to broaden the programme to reflect the plans for 2021 to appeal to a wider audience, engaging both residents and visitors.

“The team have worked really hard to make sure we don’t miss the air festival. It’s a shame we’re not on the beach but the line-up is impressive with something for everyone.”

Supported by Wave105, Daily Echo and Hotel Miramar (supporters of the Strikemaster Pair and vintage hour prize), there will also be an art and craft session with Martin Bridge, who famously created the air show in his back garden for his family which went viral at the start of ‘lockdown’, and a specially recorded acoustic music set from Roy Stride, lead singer from Scouting for Girls, who have previously appeared on the Wave105 ‘Night Air Stage’.

Squadron Leader Martin Pert, Red 1 and Team Leader of the Royal Air Force Aerobatic Team, the Red Arrows, said: “We’re delighted to be supporting the virtual Bournemouth Air Festival – it’s one of our favourite, best-attended venues of the display season, and if we can’t be over the Pier or at a meet-and-greet on this occasion we’ll be online, doing something a little different for 2020.”

David Bailey, chairman of the BCP Destination Management Board said: “The tourism industry always looks forward to the air festival, the footfall, the incredible amount of money spent within the local economy and the chance for us to really showcase our wonderful resort.

“It’s important we keep going in these unprecedented times and a move for 2020 to a virtual event is going to be great fun – we are obviously looking forward to welcoming festival goers back next year.

“Huge thanks to everyone who has given their support including pilots, display teams the armed forces, local businesses and of course Centre VR for their incredible team, venue and technology!”