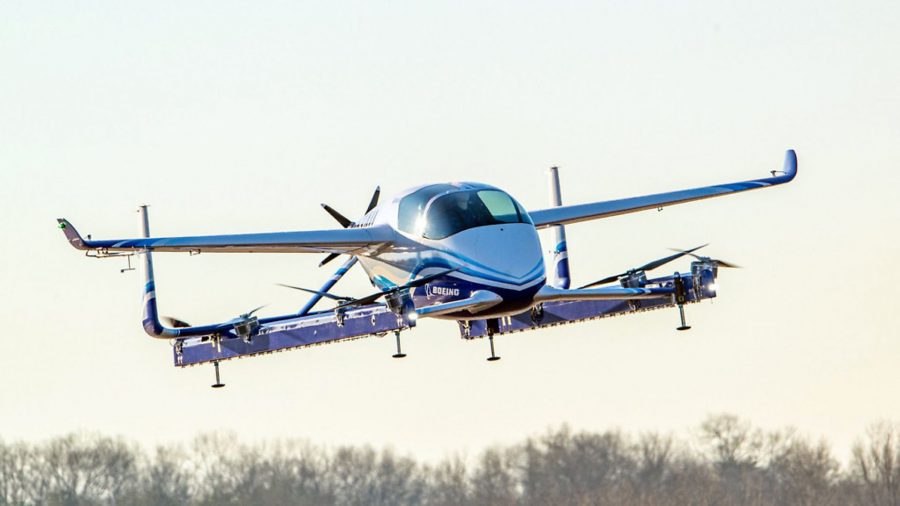 On 23 January Boeing NeXt made the first test flight of its autonomous passenger air vehicle (PAV) prototype in Manassas, Virginia

“The PAV completed a controlled takeoff, hover and landing during the flight, which tested the vehicle’s autonomous functions and ground control systems. Future flights will test forward, wing-borne flight, as well as the transition phase between vertical and forward-flight modes.

“In one year, we have progressed from a conceptual design to a flying prototype. Boeing’s expertise and innovation have been critical in developing aviation as the world’s safest and most efficient form of transportation, and we will continue to lead with a safe, innovative and responsible approach to new mobility solutions.”

Electrically-powered, with integrated propulsion and wing systems for hover and forward flight, the 30ft long, 28ft wide PAV prototype is designed for fully autonomous operation from takeoff to landing, with a range of up to fifty miles.

In addition to the PAV, Boeing NeXt is developing an unmanned, fully electric cargo air vehicle (CAV) designed to transport payloads up to 500 lb. The CAV made its first indoor flight in 2018 and will begin outdoor testing later this year.