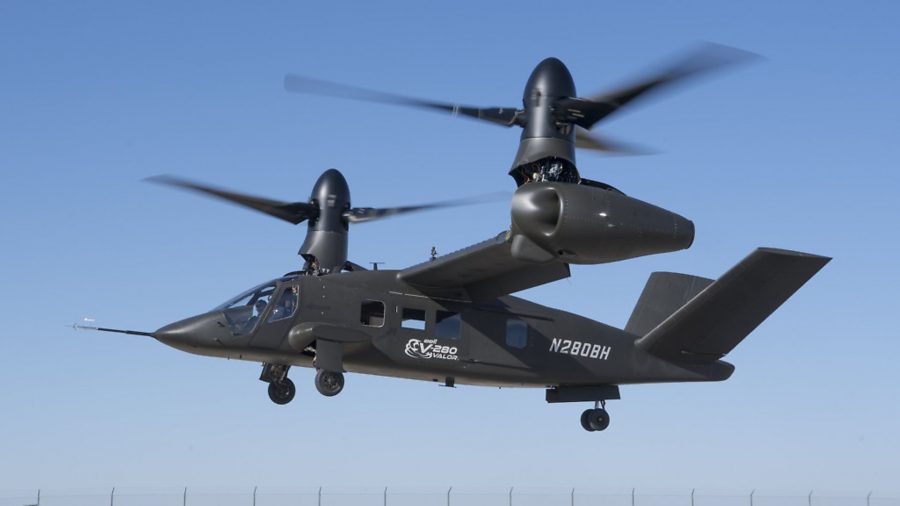 Under the agreement, Bell will deliver a refined V-280 Valor design, with supporting technical documentation, that builds on the data captured during the more than two years and 170 hours of testing flown under the Joint Multi-Role Technology Demonstration (JMR TD) programme.

As part of that programme, Bell managed collaboration with twelve partner companies with the specific goal of achieving rapid production and a high level of systems integration.

The aircraft was officially unveiled in 2013, and made its first flight on 18 December 2017 in Amarillo, Texas.

In one major difference from the earlier V-22 Osprey tiltrotor, the engines remain in place while the rotors and drive shafts tilt. A driveshaft runs through the straight wing, allowing both rotors to be driven by a single engine in the event of engine failure.