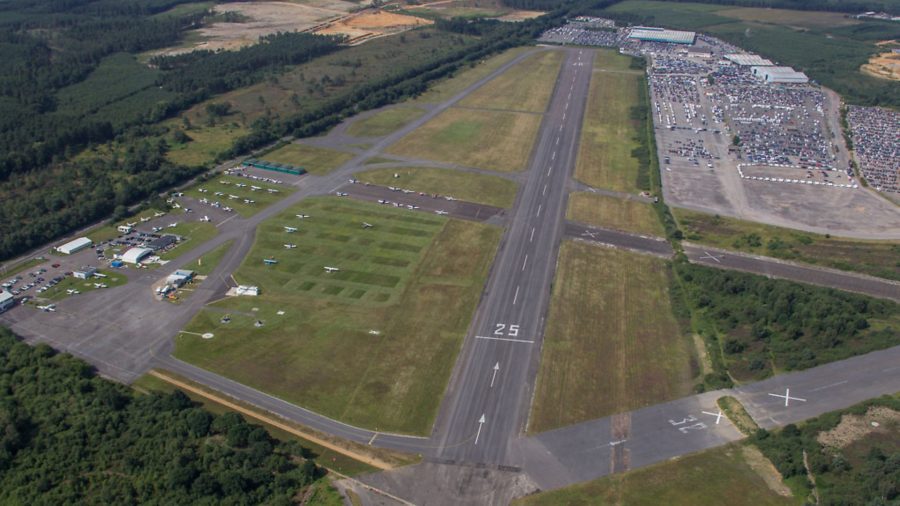 Noting the ‘desperate need’ for quality GA and business aviation facilities in the South of England, a new management team is seeking to attract more aircraft owners to base their aircraft at Blackbushe Airport, where new hangars and other facilities are planned

GA pricing has been made more competitive, microlights are now welcome (previously there was a ban on these aircraft) and there is a new ‘more customer-service focussed’ team in the Tower. Blackbushe has plenty of tie-down space available and a permitted development application was submitted in February for six new temporary hangars.

The fuel contract comes up for renewal in June, and “initial indications suggest a substantial reduction in fuel prices is achievable,” says Airport Manager Chris Gazzard.

In the past, some people had come to regard Blackbushe as being unwelcoming to light aircraft and even ‘anti GA’. Chris Gazzard and his team are anxious to dispel this impression: “General Aviation represents 98 per cent of our movements… Whilst we have ambitions to encourage larger aircraft and maintenance facilities to support them, realistically, these movements will always account for a small proportion of our traffic”

Plans are in hand for an instrument approach that will be appreciated by both business aircraft operators and suitably qualified private pilots. In the medium term the intention is to build new permanent hangars and building to accommodate on-site maintenance facilities.

One stumbling block is that, as was reported in Pilot magazine at the time, the land on which the airport sits was registered as common land in the 1960s. This prevents the airports owners from erecting fences, constructing permanent buildings, or rationalising the layout of the airfield.

An application was submitted last October to correct the registry and remove the common land status of the active airport. This has met with objections from local residents, perhaps not understanding that the large area of land to the north of the active airport including two disused runways is not included and would remain common land.

The application is now waiting referral to the Planning Inspectorate – let’s hope for the viability and future this important GA facility that it is granted.