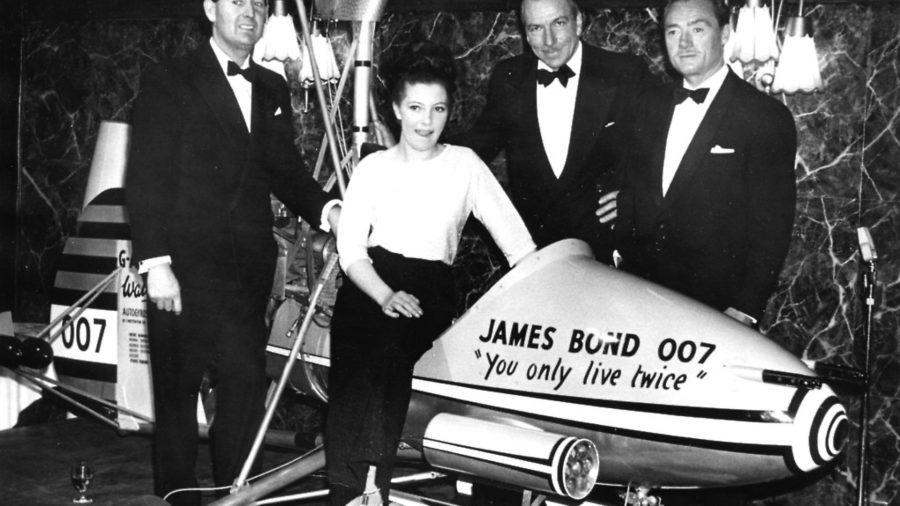 Ken Wallis was a retired wartime RAF bomber pilot and a trained engineer who lived at Reymerston Hall, quite near to the club at RAF Swanton Morley, and was famous for the wonderful fleet of Wallis autogyros that he had designed and built. He had carried out trials for a military use and then decided to explore the possibility of civilian pilots enjoying his creation.

In early 1965 he brought two autogyros over to the Norfolk & Norwich Aero Club. The Club Directors and members were deeply interested and it was agreed that trials would be carried out. Here Ken hit a snag as the Board of Trade, which in those days administered flying, insisted that only pilots trained on a tailwheel aeroplane would be allowed to fly them.

This was nonsense and would obviously prevent them being widely used as, by that time, most students were learning on the modern tricycle nosewheel aeroplanes. After a long discussion it was agreed that Ken could hold a trial using two pilots, one trained on a tailwheel aircraft and the other on a nosewheel type. John Wilkins, who had learned on Tiger Moths, was chosen and, to my great surprise, I was asked if I would be the other pilot, having learned on the Rallye.

This being long before the days when Ken Wallis had a two-seat version, our first solo would be exactly that! We had a very full and detailed series of lectures and briefings on every aspect of autogyro flying and then Ken said that John would solo on the next Saturday and I would go the weekend after. So on 3 July 1965 I sat in with John on his preflight briefing, quite relaxed as I knew I had another week before my turn would come.

We found that we had two problems. The first was that the engine, a single magneto McCulloch, was a pusher and the prop was about three inches from the rudder, which made the rudder pedals much more sensitive than we had experienced before. Secondly, Ken, never having had other pilots fly his autogyro, had set up the brakes to come off at full power, which meant that as you opened the throttle fully you automatically released them and everything then happened in a blur.

John strapped in and started up with Ken kneeling beside him until he was happy with everything, then he stepped away and John vanished in a series of wild swings. We had been briefed to climb straight ahead to 300 feet, complete a left-hand circuit, approach to about fifty feet, overshoot, and then land on the second approach. John landed and then, to my horror, Ken said, “OK David, strap in as you might as well solo today”. I tried to explain that perhaps I had not listened to John’s briefing as carefully as I should, but all to no avail and I was soon kitted up with helmet and goggles and strapped in with Ken kneeling beside me.

The Wallis has a unique advantage over other autogyros as you had the ability to spin up the main rotor blades with a flexible drive from the engine, which gave it a very short takeoff. Ken stepped away, I applied full power, the brakes came off and, like John, I had absolutely no idea as to how I reached the first 200 feet?you suddenly realised you were airborne.

In those days we did not have the nosecone (that came later in the James Bond film You Only Live Twice), so all you could see up front were two shaking feet on the rudder pedals, a tuft of wool as a slip indicator and the basic instruments between your knees, and think “how do I ever get this back down?”

After the first turn downwind, however, you began to realise just what a wonderful experience this was. No wings, no aircraft fuselage?just you flying like a bird. The landing was not too difficult and we then settled into a regular routine of flying this wonderful little autogyro.

Eventually the time came to allow us out of the airfield circuit and we were told to fly down the main road to Lenwade and back. We were amazed to see the effect we had on the cars below. Later still we were allowed to go out to the coast and Ken warned us that the larger seagulls might play with us which we both thought was just a joke, but on one glorious evening it happened.

I was flying at about 2,000 feet near Wells harbour just enjoying myself when to my surprise a large seagull formated on me to port. I couldn’t believe it. He eyed me up and down and then decided to show this human a thing or two. He closed his wings and dropped. However on the Wallis, if you closed the throttle you could also descend rapidly.

The gull seemed surprised and decided to do the next trick which was to climb rapidly. Again the Wallis when given full power would go up like a lift and I stayed with him. We turned and swung together for over five minutes and it was amazing. Then he decided enough was enough and pulled his final stunt: he closed his wings and rolled inverted and I could not match that!

In any wind at all you could make the Wallis almost hover, so another of our tricks was to annoy the courting couples in the woods beside our airfield as we looked down on them.

Another very exciting memory was when Ken was displaying at the annual Battle of Britain air display at RAF Coltishall and I was asked to fly the club reserve autogyro over for static display. I arrived early on the Saturday morning to find a very strong wind blowing at Swanton Morley and phoned Peter Mallender the CFI to ask what I should do. “Haven’t you left yet?” was his comment and when I asked how to stop the blades flapping before spinning up, he told me to start up inside the hangar so the wind would not affect the rotor disc and taxi out and “Get going as you are late”.

I did as I was told and it worked, but having got airborne I thought I had better check what would happen if I had an engine failure en route, and so selected the centre of the airfield as my landing spot. Good job I checked the result of flying in a strong wind as I would have landed way downwind and outside the airfield. So I took great care all the way to RAF Coltishall to have a suitable field selected.

On arrival in front of the assembling crowds I had the embarrassment of not getting the autogyro to settle on landing.

Ken Wallis gave a great performance to the large crowd and after the display John Wilkins flew the autogyro back to Swanton Morley through a terrible rain storm which was quite fun.

The trials continued. We gained our treasured ‘Witch on a broomstick badge’ and were the envy of all the other club pilots. A high speed flypast in front of the clubhouse and steep pull-up before landing became the normal thing – gee, were we lucky! We also took the Wallis over to Cambridge to have the smart nose cone and tiny windscreen fitted ready for the James Bond film.

It was then agreed that the trials could be enlarged to allow other pilots to fly and this is where the problems began. Some pilots regarded the Wallis as a toy on which you could do nothing wrong, but they found out to their cost that if you were foolish with it it would bite hard, just like any other aircraft. No one was badly hurt, but we bent two autogyros as well as our pride.

Then came the terrible accident at the Farnborough Air Show when the famous test pilot Peewee Judge, who was demonstrating the Wallis, did a fast pass and then pulled up and pushed over just too hard. The rotors hit the rudder and broke up, killing Peewee. Ken was horrified and decided that his idea of club flying would not proceed any further and so the trials ended. We also thought about our own flypasts and pull-ups in front of the clubhouse at Swanton Morley!

Ken continued to fly his autogyros ? including Little Nellie in the James Bond film You Only Live Twice? until the day he died. We proudly displayed Little Nellie at the annual Aero Club Ball held in the Norwood Rooms in Norwich in the year the film came out. Flying his wonderful autogyros was like drinking champagne and my logbook entries will always remind me how lucky I was to have been one of his two trial pilots.