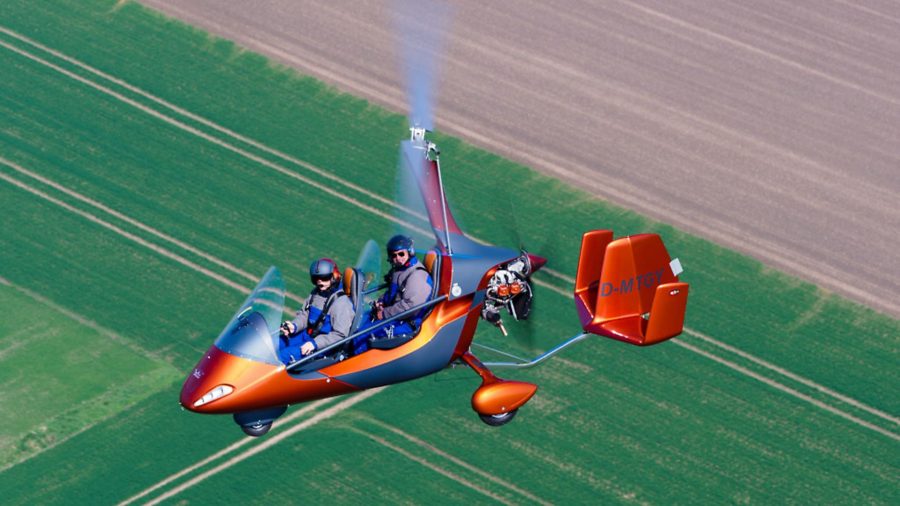 German autogyro manufacturer AutoGyro has delivered its 1,500th MTOsport to a customer in China

The prototype tandem-seat machine was built in 2003 and certified by the German authorities a year later. Since then the aircraft, which was named MTOsport in 2010, has been further developed and produced in bigger numbers than any other autogyro in history.

The form of the postwar autogyro was established by Igor Bensen’s ‘Gyro-copters’, which were produced in relatively small numbers. The basic design was further developed in England by Ken Wallis, whose WA-116 Little Nellie starred in the James Bond movie You Only Live Twice. Inspired by these machines, it was the MTOsport that established the modern autogyro revival. ‘With its unique flight characteristics, it embodies both lifestyle and aviation history,’ claims AutoGyro.

Altogether, more than 2,500 of the German company’s autogyros are flying around the globe. AutoGyro also produces the enclosed cockpit Calidus and Cavalon, but the fact that far more than half of total production is taken up by the MTOsport, is testimony to the popularity of ‘the open and pure flying experience’.

AutoGyro has built a reputation for producing high-quality and safe aircraft. “We are very proud,” says Ulli Gehling, CEO of AutoGyro. “Proud of our team, proud of our evolution, and proud of loyal partners, pilots and friends.”