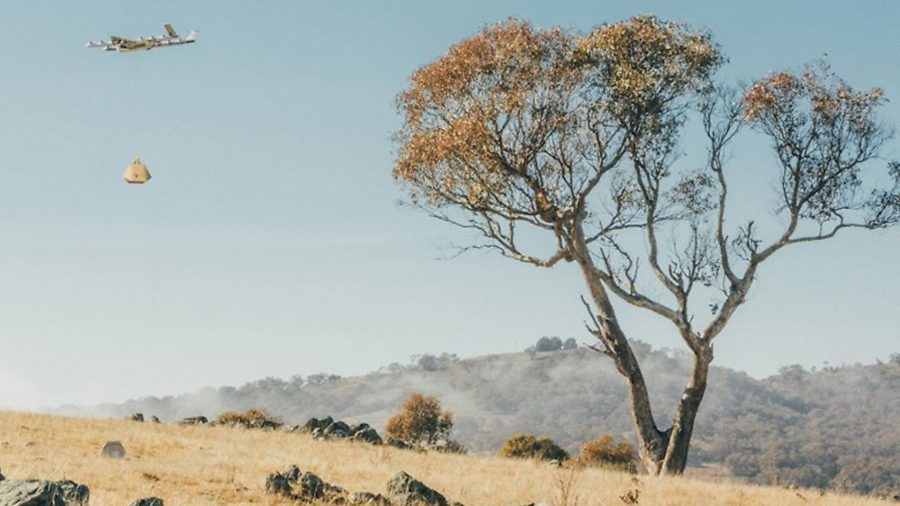 The go-ahead follows an eighteen-month trial that involved 3,000 deliveries to homes in the Australia Capital Territory and across the border in New South Wales that demonstrated ‘an acceptable level of safety’ the regulator says.

‘Wing [was] required to submit a safety case as part of [its] application process which included information about the reliability of the drones. Following an assessment of the safety case, we have permitted Wing to operate over North Canberra and in closer proximity to a person than our regulations would normally permit.’

The service will initially be restricted to 100 homes, but more destinations will be approved in future.

‘Whether you’re a parent with a sick child at home and have run out of baby paracetamol, a busy professional who forgot to pick up fresh bread during your regular weekly shop, or you simply just want to order your morning flat white without the hassle of having to drive to the café, Wing has teamed up with local Canberra businesses to give customers the opportunity to have a range of goods delivered in a handful of minutes,’ Wing says.

Companies who have signed up for the service include Kickstart Expresso, Capital Chemist, Bakers’ Delight and Drummond Golf (the latter presumably providing urgently needed replacements for lost golf balls).