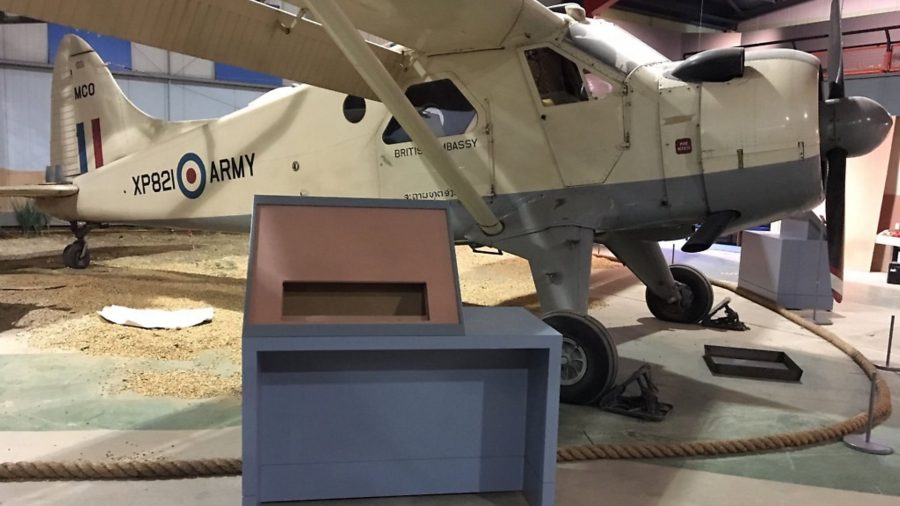 After months of hard work the interior of the Middle Wallop based Museum is in the home straight of a £2.59 million makeover which is set to transform the visitor experience.

From April 1st visitors will be able to see the enormous difference that has been created since the Museum’s closure in November 2018, which will include new exhibits, better lighting, a whole host of interactive and exciting audio visual displays turning it into a fully equipped 21st Century attraction.

Delivery of the project has been undertaken by a combination of volunteers and contractors, with one of the major areas of the work, redisplaying the aircraft collection, led by volunteer engineers.

Army Flying Museum Curator Susan Lindsay, said: “The history of Army Flying is interesting, it’s dynamic, it relates to events all over the world, it’s got some great personal stories associated with it, and we’ve got a really good collection to help us tell that story.

“We represent a unit that is very active and still writing history to this very day and it’s important for us to tell that story right up to date.

“And, therefore, for our operations from 1950s onwards, we will have new graphic panels, screens showing footage, showcases with new objects being brought out, and we’re running a really exciting oral history project whereby we’re gathering reminisces from members of the Army aviation community.

“One of the things we’re particularly excited about is a brand new immersive audio visual presentation that tells the story of the attack helicopter, it really will bring that story to light in a dynamic way.”

Despite the sweeping differences throughout regulars to the Museum will still see a few recognisable areas with the 1940s house, glider collection and First World War area remaining largely familiar.

The Museum will reopen to the public at 10am on Monday April 1.