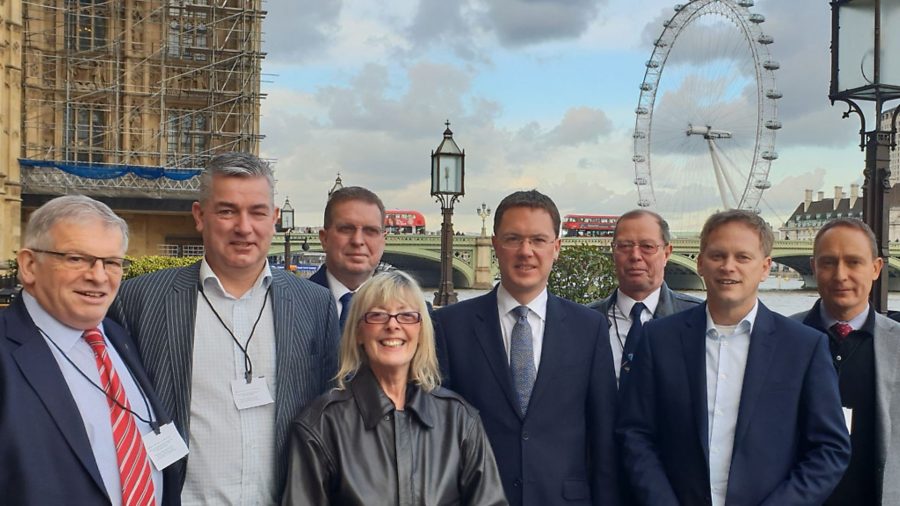 A formation of World War Two aircraft will return to Normandy this year – for what may be the final time. An emotional flypast will commemorate the 75th anniversary of the D-Day landings

More than thirty five DC-3/C-47 Dakota transport aircraft will fill the skies over south east England and northern France between June 2 and 9, recreating the air assaults which started the Allied invasion of Europe in 1944.

The event forms a key part of anniversary commemorations spearheaded by the Imperial War Museum.

And this week a group of MPs and Lords group has called on the Government to provide extra funding for the flypast. Members of The All-Party Group for General Aviation (APPG-GA) met with the organisers, ‘Daks Over Normandy’.

Chair of the APPG-GA Grant Shapps MP said: “This extraordinary event will be a spectacle the likes of which hasn’t been seen in a generation and probably won’t ever be seen again.

“It is important young people today are able to see these aircraft flying so they can get some glimpse of what it would have been like for young people who went off to do it for real 75 years ago.”

Robert Courts MP, Chair of the APPG-GA Heritage Working Group, said: “Events on this scale clearly do not come cheap. We urge the Government to look at helping fund the initiative as it has done to past commemorations”.

The Daks Over Normandy flight will form part of an international ceremony commemorating the D-Day landings. Many Heads of State, including US President Donald Trump and representatives of the Royal Family, are due to attend.

Given its “huge international profile” members of the APPG feel the Government should “do its part” to ensure it is well funded. They have written to the Secretary of States for Defence and Digital, Culture, Media & Sport to secure its support.

The formation will be the largest assembly of flying Dakotas since the Second World War. Planes will depart from the IWM Duxford airfield on June 5, flying over the coast to Normandy, dropping more than 200 paratroopers to recreate the events of the early hours of D-Day.

The aircraft will be at IWM Duxford between June 2 and 5, then move to Caen Carpiquet Airport in Normandy until the 9th. All are invited to these airfields so they can see the aircraft close up, alongside paratroopers in full WWII uniform.