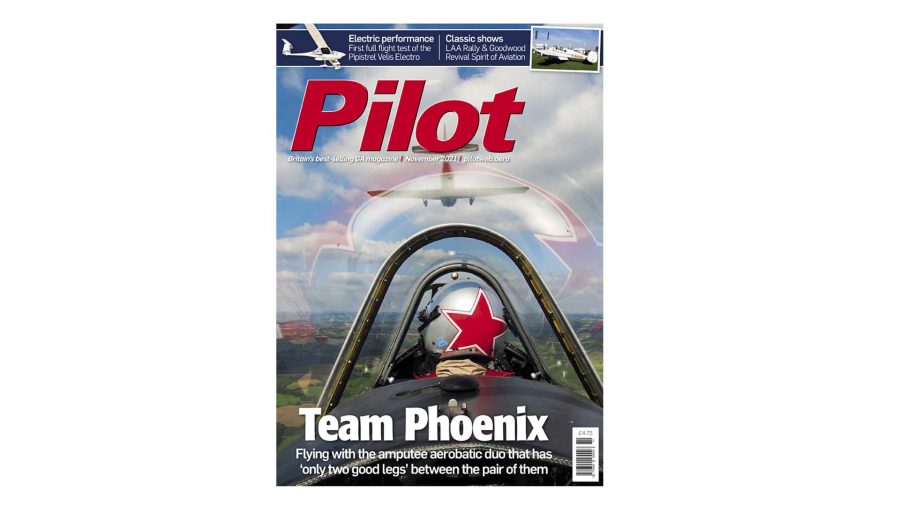 Find out what’s coming up in the November issue of Pilot magazine, on sale October 13…

Get print and digital subscriptions here

Pilot’s November edition stars are the two members of Team Phoenix, Mike Wildeman and Alan Robinson: proof in person that not only can amputees fly – as they say, ‘we’ve only two good legs between the pair of us’ – but they can fly at the top level in the airshow world.

In general aviation it is today, not the future that is electric! Pilot puts the world’s first certified electric aircraft, the Pipistrel Velis Electro to the definitive flight test, uncovering a technological tour de force, wrapped up in a fine-handling airframe – a green masterpiece.

As the authorities put restrictions on the aircraft that prevent it being readily restored and modified, Bob Grimstead’s Fournier RF6B Saga continues: gathering factory drawings he plans to build a replica that can be operated on a Permit to Fly but this involves destroying the original…