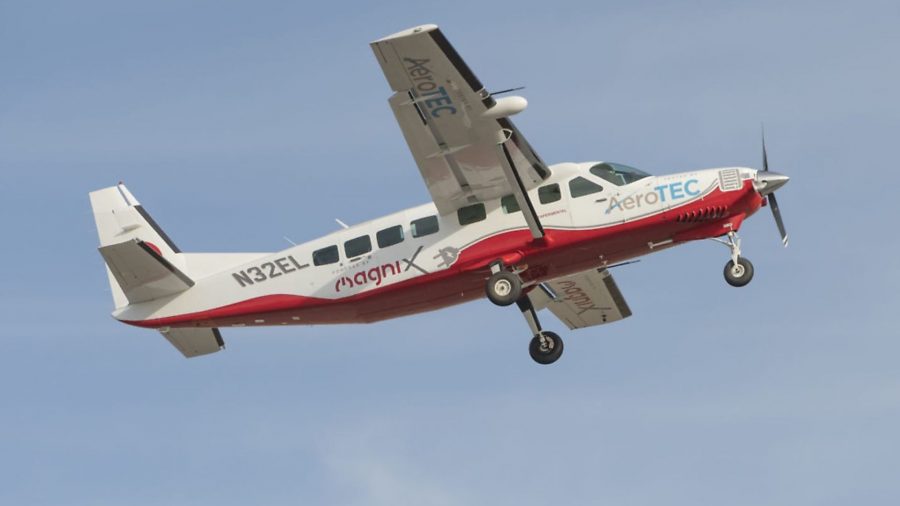 As reported by AVweb, the 30-minute flight took place at the AeroTEC Flight Test Center, which is located at Grant County International Airport (MWH) in Moses Lake, Washington.

According to magniX, the eCaravan is currently the world’s largest all-electric commercial aircraft.

“The iconic Caravan has been a workhorse of industry moving people and transporting goods on short routes for decades,” said magniX CEO Roei Ganzarski.

“This first flight of the eCaravan is yet another step on the road to operating these middle-mile aircraft at a fraction of the cost, with zero emissions, from and to smaller airports.”

The eCaravan is powered by the 750-horsepower (560 kW) magniX magni500 propulsion system. magniX says the eCaravan flight is a critical step in the certification and approval process for the magni500 system.