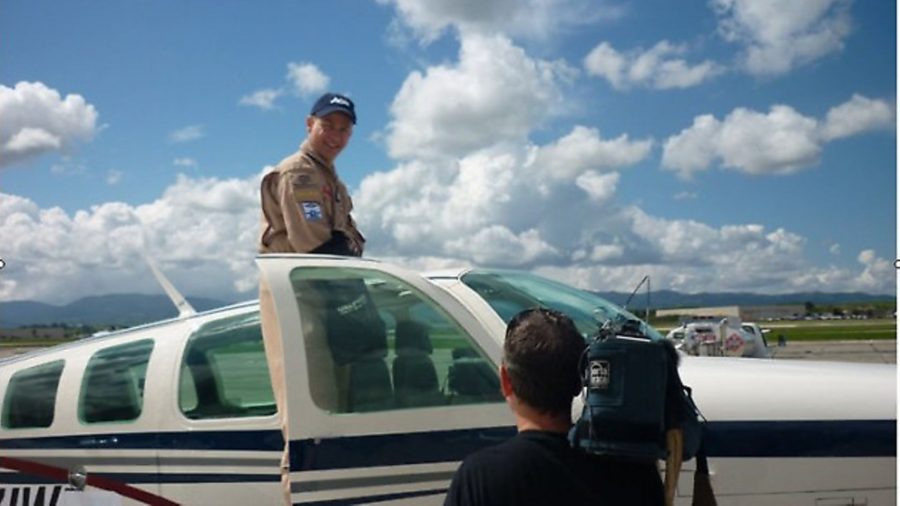 In a world first, the ‘On Wings of Waste’ flight will use recycled plastic waste as aviation fuel during a journey supported by the great broadcaster, Sir David Attenborough.

Jeremy Rowsell, a British born pilot, adventurer and environmentalist, is set to fly across America in August of this year in an aeroplane that is fueled by recycled plastic waste. The On Wings of Waste flight is an ambitious, daring and historic initiative to raise awareness about end-of-life plastic waste in our oceans and to highlight its potential benefits as a new source of fuel.

Rowsell was inspired for this flight after his time spent flying single-engined aircraft in the Pacific as a ferry pilot. He remembers looking down and seeing the devastation: “I had heard of the pacific garbage patch, but until I stepped foot on the islands myself, I didn’t realise how big the issue was,” said Jeremy.

“I believe that the problem can be resolved within a generation by changing attitudes and giving plastic value rather than treating it in a disposable fashion.

Having been working with the some of the top manufacturers of plastic to oil technology, Jeremy now has a product made from end-of-life plastic waste that is capable of being used as aviation fuel. “Plastic to oil technology is one of these solutions. The fuel itself is also more efficient and cleaner, and can reduce greenhouse gas emissions by up to seventy per cent.”

Jeremy has been backed by Plastic Energy, a world leading pioneer in the conversion of plastic waste into synthetic fuels. Said Carlos Monreal, President and CEO of Plastic Energy: “Jeremy’s flight is a tremendous opportunity to showcase how waste can be put to productive use instead of thrown away to pollute the oceans or despoil the land. We are delighted to be supporting this adventure.”

The flight will showcase the potential of this new fuel by accomplishing something that has never been done before – Jeremy will be flying over 3,000 miles from San Francisco all the way to Alaska.

Sir David Attenborough said, “It is a sign of hope in a very depressing world. At last a mechanism has been found where they are turning plastic waste into something that can be used and is valuable.”

The On Wings of Waste flight will highlight this fuel as a tool to fight both the problem of plastics and climate change.

Jeremy is running an awareness and crowd-funding campaign on Indiegogo where contributors will have the opportunity to personally endorse the project and get their name on the aeroplane for this historic flight.

The On Wings of Waste flight will be part of the 3×1 hour TV documentary adventure series, Life Challenge Alaska to be aired globally later this year.