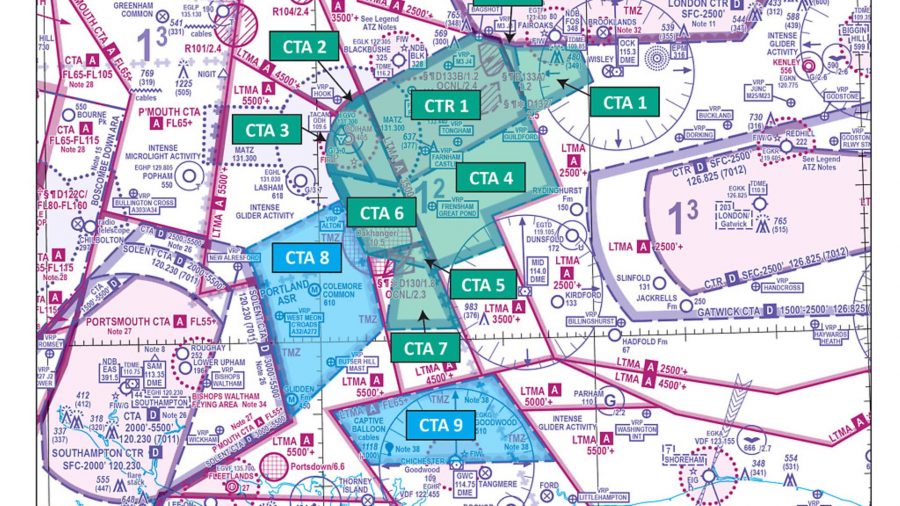 A new transponder mandatory zone (TMZ) has also been introduced for the Class E airspace.

For further information, go to the CAA’s Airspace & Safety website, which contains ‘a comprehensive guide to the Class D and Class E Farnborough controlled airspace‘.