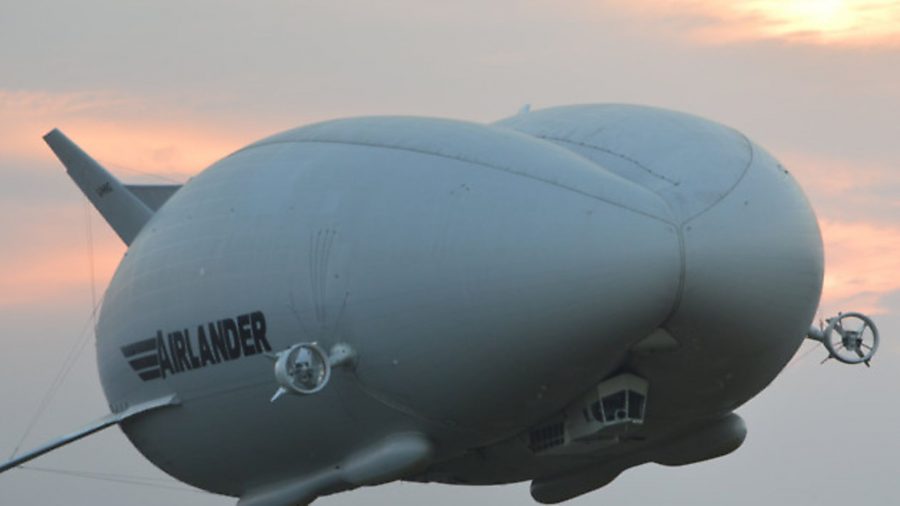 The Airlander 10 airship has been damaged in a landing accident

The Airlander 10 airship made its first flight on 17 August. It took off from Cardington in Bedfordshire at 19.45 and returned to land after a nineteen-minute flight – shorter than planned because of a late start and the need to return before dark. A week later it was damaged in a landing accident.

Once airborne, Chief Test Pilot Dave Burns and colleague Simon Davies kept the aircraft within a five nautical mile radius of the airfield, climbing to 500ft and reaching a maximum speed of 35kt.

The flight marked the start of the Airlander 10’s flight test programme, after which it is due to begin a series of demonstrations to prospective customers.

The Airlander is expected to be a showcase of UK innovation,’ says Airlander developer Hybrid Air Vehicles Ltd. ‘The next step is to ensure the government runs a trial in order to demonstrate the potential of this amazing aircraft to the world… This will help ensure the £6m of government grants received thus far lead to orders.’ The company is also looking to raise equity from individuals and institutional investors to fund some aspects of the flight test programme.

Sadly, the giant airship suffered a landing accident on its second flight — seven days after the first — when it pitched down on approach to Cardington and struck the ground hard, causing substantial damage to the underslung cabin and cockpit. Happily, no crew injuries were reported.

We asked whether the Airlander 10 would revolutionise air travel at the beginning of August – read more about the airship here.