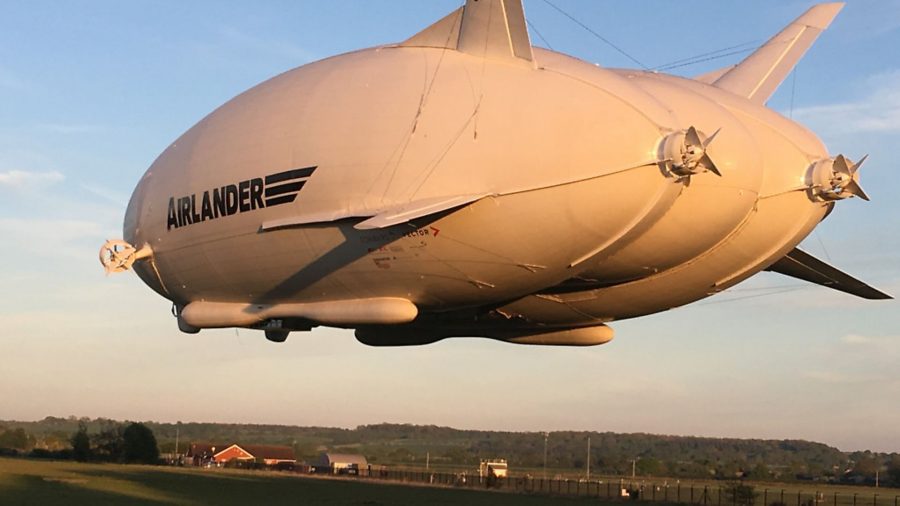 After its ‘heavy landing’ last August, the Airlander 10 has now undergone a successful test flight on 10 May lasting 180 minutes, kicking off its three-phase flight test programme again.

Since last August the Hybrid Air Vehicles team has made a number of additional modifications, the main visible ones being a new more powerful and more manoeuvrable Mobile Mooring Mast (MMM), and the additional ‘landing feet’ of the Auxiliary Landing System (ALS). During each of its three phases, the Airlander will perform more tasks and be permitted to fly further away from its base in Cardington.

The three objectives of the test flight, which was carried out with both of Airlander’s test pilots on board (Chief Test Pilot Dave Burns and Experimental Test Pilot, Simon Davies) were:

– to conduct a full test flight – i.e. complete a safe takeoff, flight and landing of the aircraft

– to establish basic handling characteristics of Airlander within a well-defined flight envelope including assessment of the new ALS, and

– to collect flight performance data, such as handling, airspeed and all vehicle systems, for post-flight analysis. (This increases the understanding of the aircraft’s performance, capabilities and operating envelope.)

The next few flights are likely to be at least a week or two apart, in order to give time for a full analysis of the data collected on the flight.