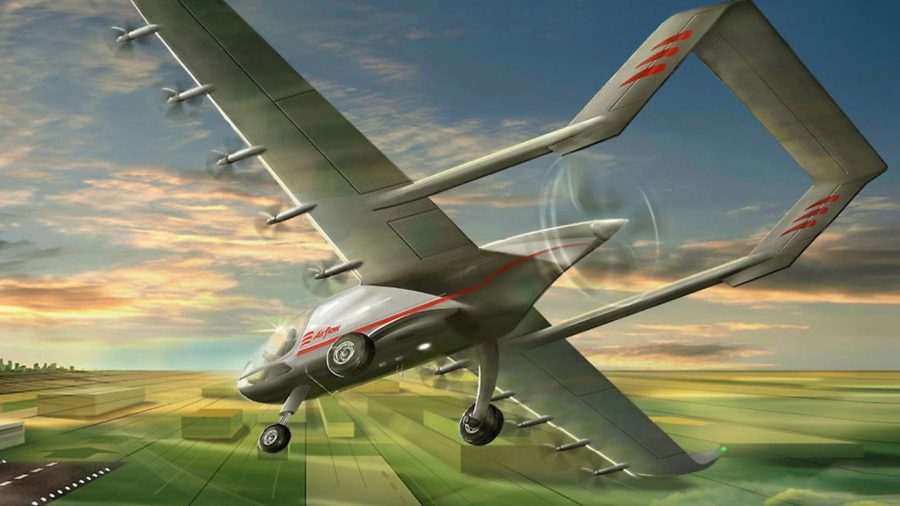 The machine is specifically designed to move short-haul cargo quickly and cost-effectively over traffic by utilizing the unused airspace around cities.

The proposed aeroplane will have an electric propulsion system, be designed for single-pilot operations, and be able to carry 225kg of cargo.

It is a relatively simple fixed-wing design, which dramatically reduces development and certification risk when compared with more complex machines.

From a certification standpoint, eSTOL aircraft are conventional aeroplanes with new technology that is focused on enabling short-field capabilities.

eSTOL aircraft can be certified under standard Part 23 regulations, whereas eVTOL aircraft must be certified using a more extensive and expensive process due to their more complex systems and potential failure modes.

Five former Airbus Vahana team members, who have over sixty years of combined aerospace experience, started Airflow when they determined eSTOL aircraft could address the Urban Air Mobility (UAM) market for one-third the operating cost of electric Vertical Take-Off and Landing (eVTOL) aircraft. UAM is a transportation system using next-generation aircraft to move cargo and people in and out of urban areas by air.

The need for rapid middle-mile logistics capabilities (between fifty and 200 miles) is growing significantly due to e-commerce growth.

The intent is that Airflow’s aerial logistics service will be able to move cargo and time-sensitive medical supplies directly between warehouses without using traditional airports, as the eSTOL aircraft requires less than fifty metres takeoff and land roll, using a 100m runway (roughly the length of three helipads next to each other).

“The demand for same-day e-commerce continues to rise, and we’re building a new low-cost aerial capability to enable that growth,” stated Marc Ausman, co-founder and CEO.

“Our approach from the beginning is to focus on a simple aircraft design with well-defined new technology.

“In doing so, the team believes development and certification costs will be approximately $200m, versus more than $700m for an eVTOL aircraft, making for more efficient use of capital.”