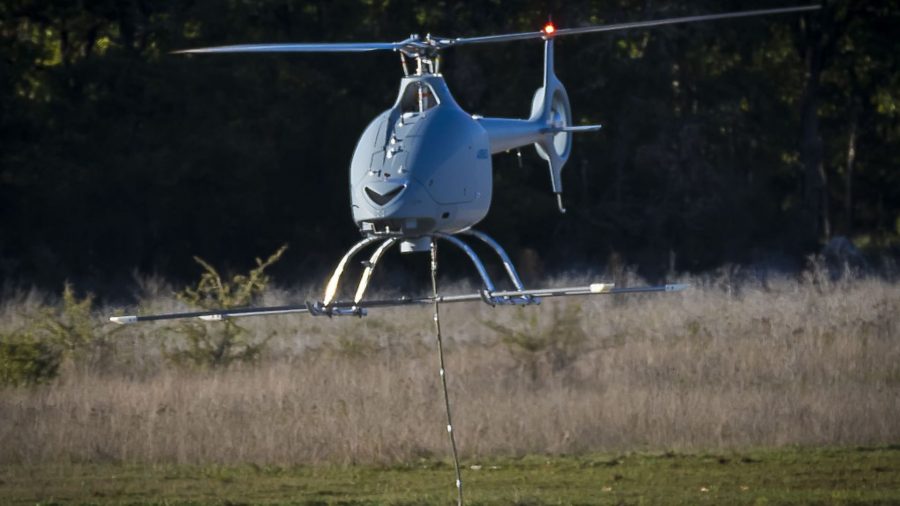 On 8 November Airbus Helicopters’ prototype unmanned VSR700, which is based on the Guimbal Cabri G2, made its first flight in the south of France

Powered by a Continental CD-155 four-cylinder, FADEC-controlled turbodiesel running on Jet A, the VSR700 is intended for navies to expand their surveillance and search-and-rescue capabilities at a relatively low cost.

It will extend the ship’s horizon, using sensors equal in quality to those carried by naval helicopters, and be able to target contacts if needed or survey them for extended periods of time.

The prototype was tethered by a thirty-metre cable and performed several takeoffs and landings, the longest flight lasting around ten minutes.

Further phases of the test programme will work towards free flight and then expanding the flight envelope.

The prototype has a specialised set of avionics and an advanced flight control system, a payload bay in place of the pilot station (on the earlier manned demonstrator) designed to manage mission equipment, and a more aerodynamic shape to improve flight performance.

“This first flight of the VSR700 prototype is a major milestone for the program as we make progress on the operational demonstrator for the French Navy that will perform trials in 2021 in partnership with Naval Group.”

According to Airbus, ‘The VSR700 offers the best endurance of any vertical takeoff/landing unmanned aerial vehicle (VUAV) in its class today.

‘Its performance enables it to carry a full tactical load of major, high capability sensors, while its compact size provides multiple options for its assets (i.e. naval helicopter plus several VSR700s) stationed on board frigates and destroyers.’