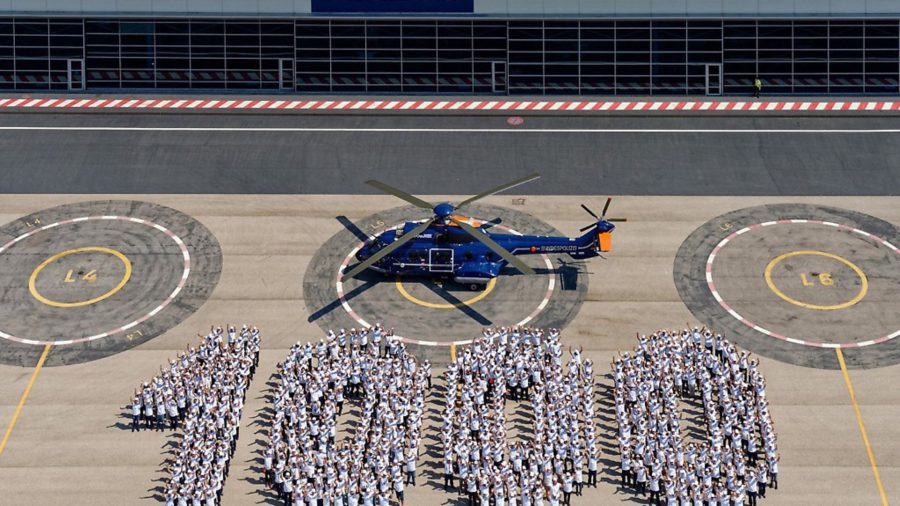 The milestone Puma went to the German Federal Police (Bundespolizei) and will be used to support the German Havarie Command, which manages offshore emergencies.

This delivery completes the Bundespolizei’s latest order for four H215s. With a total fleet of 23, including nineteen earlier model AS332 L1s, it is one of the largest operators of Super Pumas, 714 of which are in service with nearly 100 operators in 59 countries worldwide.

They have jointly logged 5.6 million flight hours since the first delivery four decades ago.

The 1,000th AW139 was delivered to Italy’s Guardia di Finanza during a celebration at the manufacturer’s Vergiate-Varese facility.

First flown in 2001, the AW139 has been ordered by more than 280 customers in over seventy countries on all continents.

Some 30% are used for public utility tasks such as SAR and air ambulance, law enforcement, firefighting, and disaster relief, more than 30% are engaged in offshore transport, 20% on military tasks, and the remainder provide VIP and corporate transport.

The AW139 is assembled in Italy at Vergiate and in the USA at Philadelphia.