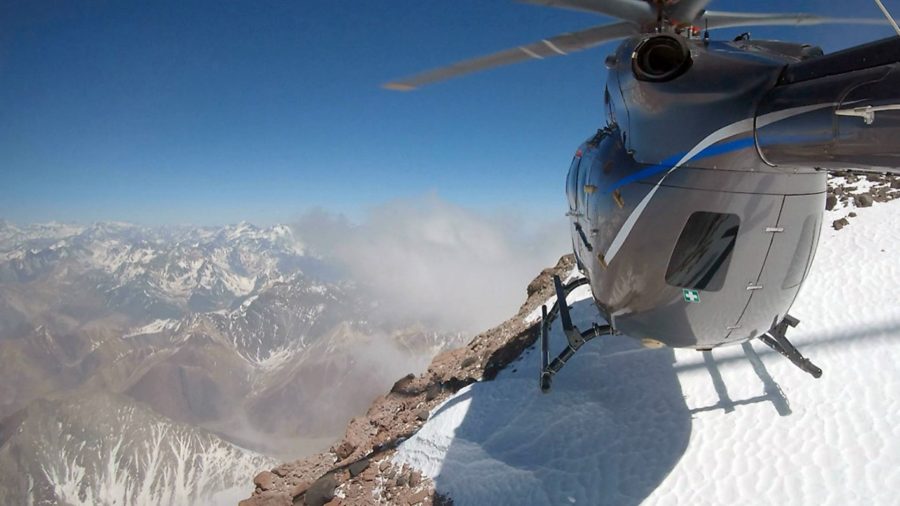 Airbus Helicopters’ new H145 reached new heights in late September when it landed on the Aconcagua, the highest mountain in the Southern Hemisphere, at an altitude of 22,840ft

It took off from Mendoza, Argentina, flew to the foot of the mountain and, after a fifteen-minute climb, landed on the summit where the OAT was -22?C.

The H145 was crewed by Airbus experimental test pilot Alexander Neuhaus and flight test engineer Antoine van Gent. “We had to stay focused on the mission due to severe winds with gusts up to thirty knots and the low air density,” reported Neuhaus.

“The handling qualities of the new H145 are excellent and combined with Helionix and its four-axis autopilot, we reached the summit safely. We flew over the summit of the Aconcagua and still had power reserves that would have allowed us take two people on board.”

EASA certification is on schedule for early 2020, followed by FAA approval and first customer deliveries later in the year.