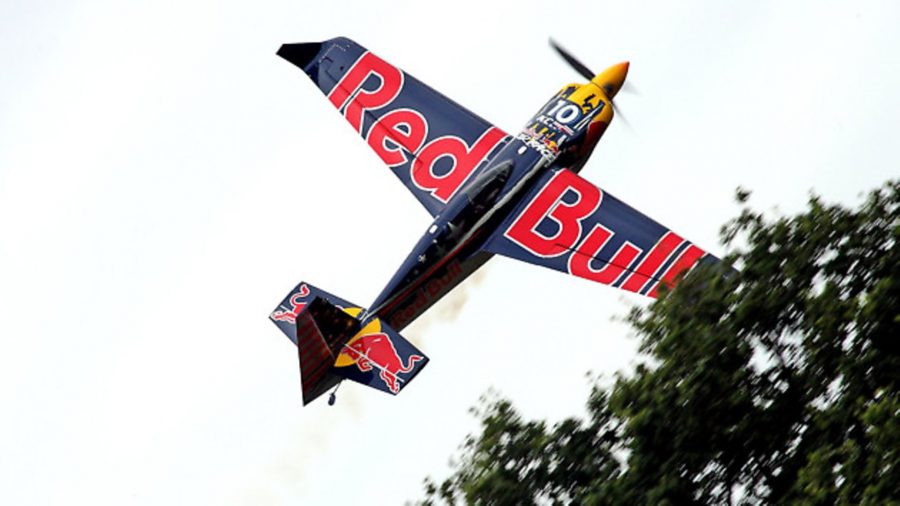 There was plenty of thrilling flying action, if a smaller crowd to watch it, at the UK round of the Red Bull Air Race championship

by Joshua Davies* and Bob Grimstead

In its third year at world famous Ascot Racecourse, the Red Bull Air Race draws crowds from 24-mile distant London. The unusual course at this surprisingly pastoral venue poses particular challenges that make it both exciting to fly and thrilling to watch.

The unique standing start means the pilots have to take off and build up speed before going into the first gate. Some elect to stay low while others choose to climb and then dive into the track. All have to make a ‘mini-chicane’ left and right to re-align with this starting gate while simultaneously ensuring their throttle is absolutely wide open, turning on their smoke system, juggling their mixture control for absolute full power and tweaking their propeller knob to ensure they don’t breach rigid rpm limits.

Thereafter, the undulating terrain forces the pilots to ascend and descend through the track’s twists and turns, while dodging the many mature deciduous trees scattered around the verdant course. This makes for visually exciting racing, although only spectators on the grandstand’s higher (more expensive) floors can view the aeroplanes throughout each run. Those on the ground-level grass miss out on the most distant action as the racers drop from view with only the howling of their engines to denote their progress.

Ascot is a three-day event. Friday is practice day for both Master Class and Challenger Class (for the up-and-coming racers), with two free practices apiece. The Master Class pilots have four minutes in the track whereas Challenger pilots each have five minutes of practice time.

Friday’s Master Class saw Germany’s Matthias Dolderer taking top place in Free practice 1 with 01:05.224 – the day’s fastest time. Japan’s Yoshihide Muroya topped the table in Free practice 2 with a marginally slower time of 01:05:965. Less than 0.8 of a second in difference to the German’s time.

In the Challenger Class, another German, Florian Berger, flew a penalty-free run of 01:18:340 to be the fastest pilot in free practice 1. The fastest Challenger of the day was ex fast jet, ex Red Arrow and Blades pilot Ben Murphy, who set down a blistering time of 01:16:903 — more than 3.5 seconds ahead of the rest. Ben stated, “Today was a huge learning curve for me but I was able to experiment with a few new lines and they seemed to work!” Ben explained that he was feeling very comfortable in the Ascot Course and that he was going to keep calm and focused for Saturday with the home crowd cheering him on.

Saturday consisted of one more free practice and qualifying for the Masters, plus a free practice, qualifying and main race for the Challengers. Regrettably, Ascot was quiet in comparison to previous years — possibly due to the prior retirement of British three-time Red Bull Air Race world champion Paul Bonhomme.

Interviewed by Joshua Davies, Spanish competitor Juan Velarde said “We have a great aircraft from Paul Bonhomme, it’s fast, very fast. I need to improve on my lines and stop making mistakes like pylon hits and incorrect levels [wings not being parallel with the horizon when passing through a gate]. I know I can do it with enough practice.” It’s Juan’s second year in the Master Class and he’s shown potential with a qualifying win in Spielberg.

French flyer Francois Le Vot was very excited to be racing at Ascot and also for his forthcoming test flights in the new Genevation Genpro aircraft in which he has been heavily involved. Its design features ‘natural shaping’, taking cues from muscles and similar natural structures. Francois hopes it will fly well and have the performance to out-do the more popular aerobatic types. After hitting the same pylon twice during Friday’s performance, he hoped to improve his times and be error free. “I was looking to fly a different and faster line through Gate Nine, but it didn’t work out and the second time was for another reason, I was running out of time in the track and my head wasn’t in it.”

The day’s racing started with Challenger Free Practice 3, which was again stormed by Florian Berger. With a low time of 01:17:447 Florian pipped Ben Murphy by 0:034 to go into qualifying with a strong lead. Once again Matthias Dolderer showed he knows what he’s doing in the track to pull ahead of the field in the final Master Class Practice.

The Challengers went straight into qualifying. Local hero Ben Murphy put down a great performance again, even with a slow time in comparison to previous runs, but ended ahead of the field by over a third of a second.

Finally, the Challengers had their thrilling final with a surprise contender, American Kevin Coleman, running ahead of the field to stand on top of the podium with fellow pilots Florian Berger taking second place and Chile’s Cristian Bolton in third. Unfortunately, Ben Murphy’s run came to an end after a late pylon hit set him three seconds off the pace of the rest.

Perfect day for the finals

Sunday dawned with absolutely perfect racing conditions — blue skies dotted with a few, high, puffy cumulus, moderate temperatures, near-standard pressure and the lightest of breezes. Unfortunately, although brightly attired and noticeably cheery, spectator numbers were still noticeably down compared to previous years, and the racing was only leavened by four side acts; presumably a consequence of both Ascot’s restricted venue and the CAA’s recent change of attitude to air displays.

They included Peter Davis, enthralling as ever in his Rotorsport Calidus, the ubiquitous Breitling wing-walkers — all reverberating sound and billowing smoke, and Major Matt Roberts demonstrating the now fifty-year-old Westland Scout (with the brief appearance of a Sioux too for a formation departure). There was also a static RAF Merlin helicopter parked on the grass in front of the grandstand available for public access.

The Round of Eight started by featuring Ivanoff versus Hall — Ivanoff was riskily high when passing the middle chicane pylon. Hall swung and swooped around the course with his usual exuberance, beating Ivanoff by less than one second to progress to the finals. Mike Goulian stayed low and pulled hard wherever he could, to record a 1:06. Despite Yoshi Muroya being a full half-second up on him at the midway point, he grazed a pylon at Gate Six to pick up a three second penalty and thus be eliminated.

Austrian Hannes Arch flew rather erratically, turning enthusiastically and being alternately high and low through the chicane gates, while his British opponent Nigel Lamb was the opposite — the epitome of thoughtful and tidy flying. He got a big cheer from the loyal crowd on opening his throttle and flew a beautifully paced run, consistently dead on the correct height with his wings perfectly level through all of the gates, but regrettably posted a time just 0.212 of a second behind Arch, and so was knocked out.

Martin Sonka flew very hard, pulling tightly and even over-banking beyond ninety degrees at one point, to post a new track record of 1:04.545 and setting Matthias Dolderer a real challenge. Nevertheless Dolderer managed to improve on even that, to knock out Sonka and progress through to the finals.

Here it would have been very beneficial for the action to have been broken up by a side-act, as in the past, but the Round of Eight and the Finals rather ran on into one another.

With a sudden gust of wind swirling around the grandstand and spectators, Matt Hall pulled noticeably tighter between turns two and three and forged ahead to post a 1:03.426. Michael Goulian pulled hard at the mid-point, and although he was noticeably wider on the final turn he was nevertheless penalised for excessive G, adding a two-second penalty to post 1:05.658.

In arguably the day’s most exciting bit of flying, Hannes Arch couldn’t get aligned going into Turn Three and pulled up. He swooped down again to twist and turn through the chicane, but then pulled up again and out of the race, but was nevertheless placed third. Matthias Dolderer flew a steady final run to place second.

A win for Matt Hall and Australia

It’s not often we hear the Australian national anthem played in Britain, so that was a pleasant experience as Matt Hall took top podium place for the Champagne spraying ceremony that was one of the few high points of an otherwise slightly flat and uninspiring day.

With characteristic good humour at the final press conference, Nigel Lamb offered a map of the course to Hannes Arch, and pressed Matthias Dolderer hard to elaborate on his plans for improving his future race times. Regrettably Nigel insisted this would be his final year of racing, understandably wishing to leave near the peak of his career rather than waiting for any deterioration. In a touching final gesture Paul Bonhomme (now a commentator) was presented by Red Bull with a scrapbook commemorating his many achievements and incorporating comments from his competitors.

With the unlikelihood of any British competitor involvement in 2017’s Red Bull Air Race series, plus some doubt whether the Ascot contract would be renewed, the day finished on a rather downbeat tone. For this Ascot venue to be dropped from the series would be a huge disappointment as it is undoubtedly the most interesting and exciting of all the Red Bull Race venues, plus one of the few places nowadays where the CAA will sanction aeroplanes flying low, fast and close to the crowd. It is truly a unique event.

*Fifteen-year-old Joshua Davies makes his debut as Pilot’s latest and, we think, youngest ever contributor