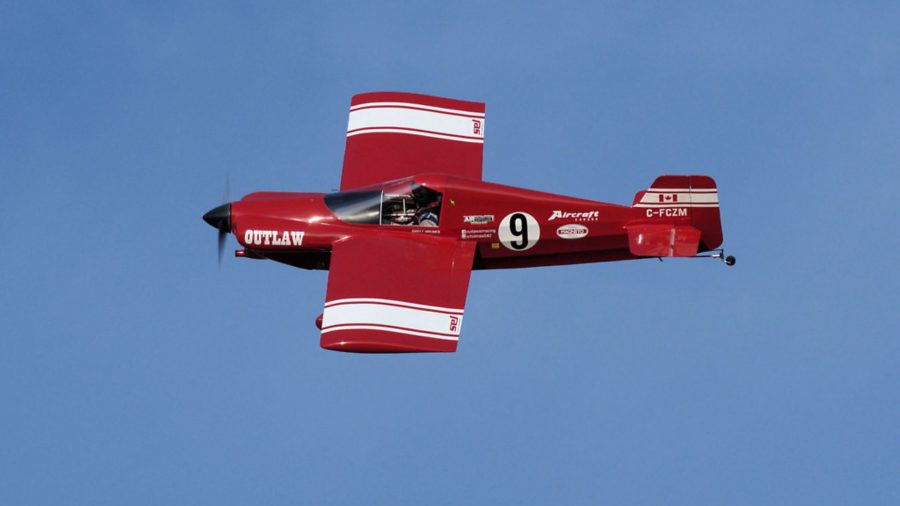 Scott Holmes, born and bred in Edmonton, will be competing at the Air Race 1 World Cup Presented by Chang at Thailand’s U-Tapao Naval Airbase from November 17-19.

The 27-year-old, an engineer at a chemical plant in his home city, will be the youngest pilot in the cockpit when he lines up against 16 other highly-skilled race pilots at the world’s premier airborne series, known as the formula one of air racing.

Hosted by the Sports Authority of Thailand, part of the Ministry of Tourism and Sport, the world’s purest air race challenges pilots in a demanding test of skill. Each race sees up to eight pilots go head-to-head on a tight oval circuit at speeds of over 250 miles per hour just metres above the ground.

Scott will be racing for the Outlaw team in a Cassutt racer aircraft and is aiming to do his country proud.

“I can’t wait to get over to Thailand, get my plane out of the container and get airborne,” said the University of Alberta graduate.

“It’s an amazing event to be part of and I’ll be giving it my best shot. I’ll be the only Canadian racing and having the chance to represent my country is a huge honour.”

Scott has been flying for a decade, after earning his pilot’s licence at the tender age of 17.

His aerobatics expertise will come in handy as aircraft can, without warning, be rolled upside down during races by wake turbulence.

Scott, who lives in the Windermere neighbourhood of Edmonton, admits he is way behind most of his rivals in terms of flight experience, with this also being only his third formula one air racing event. But he is still confident he can rattle some cages.

“I wanted to be a fighter pilot when I was ten and came up through the Canadian air cadet programme, earning a scholarship to do my pilot licence at 16,” recalled Scott, an avid wakeboarder and regular visitor to nearby Lake Wabamun.

“I quickly discovered other types of flying I found more exciting than flying fighters and bought my first race plane in 2014. I was then invited to compete in Air Race 1 after doing well at the National Formula One Air Racing Championships in Reno.

“In Thailand, I think I’ll be the only competitor who doesn’t work in aviation in a professional capacity. I only have 300 hours’ flight experience, while most of the other guys will have over 1,000.

“That does make me a little nervous, but I try to make up for my lack of experience by flying my race plane as much as I can. I can’t wait to go up against the more experienced guys. As in all sports, anything can happen on the day.”

Despite covering so much ground in his plane, Scott admits he isn’t exactly well travelled.

“I’ve never been to Asia. In fact, I’ve only been off the continent once, to visit Europe when I was 14. I don’t even think I’ve seen the ocean from my cockpit before.

“Thankfully, I’ve got an amazing crew behind me, as well as some amazing sponsors like Aircraft Canada and Sierra Magneto Service. Without them, I’d be nowhere. I’ve got a lot to thank them for.”

To ensure a fair competition between pilots, each plane must be built to a specific formula that covers most aspects of the race plane’s characteristics, including wing area, weight and engine size.

The class of airplanes incorporate the most modern materials and cutting-edge technology for those all-important marginal gains.

The Air Race 1 World Cup Presented by Chang will be shown live in Thailand, and later screened in over 100 countries across Europe, Asia and the USA. For more information and to buy tickets, please visit www.airrace1.com