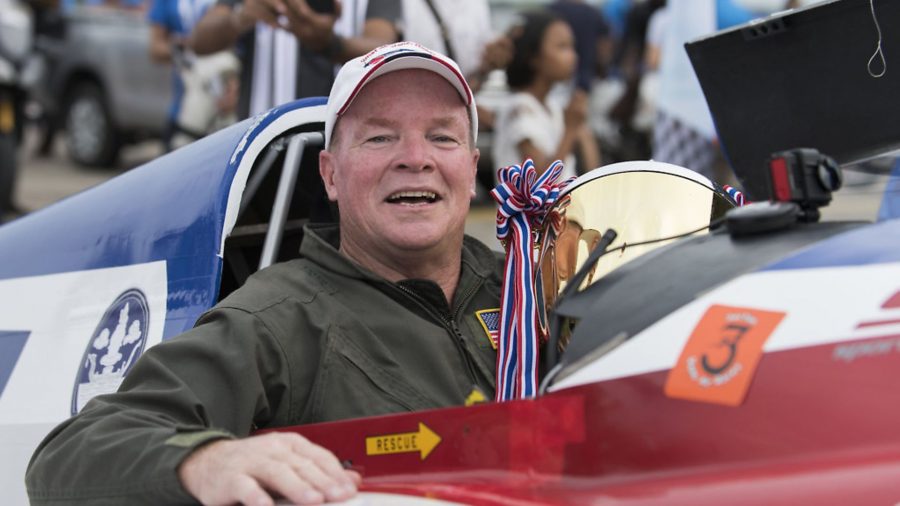 Organisers have released an exciting line-up of pilots who will compete for the Air Race 1 China Cup title at Hannan Municipal Airport in Wuhan City, China

13 highly-skilled racing pilots from around the world will fly wing tip-to-wing tip in the Air Race 1 China Cup at Hannan Municipal Airport from 16 to 18 November, the first event of its kind ever to be held in China.

Pilots will fly at speeds of over 450kph, just ten metres above the tarmac, as they compete to be the first to cross the finish line of what is known as formula one air racing – the fastest motorsport on the planet.

The 5km circuit has been designed to challenge pilots in a demanding test of skill in front of hundreds of thousands of live spectators and a global television audience. Each race will see up to eight pilots race at a time, manoeuvring around tight corners and overtaking their opponents with zero margin for error.

Jeff Zaltman, CEO of Air Race 1, said: “It’s an exciting milestone for us to be able to bring Air Race 1 to China and showcase the sport to new audiences in this part of the globe. This is a sport that truly tests the limits of human and machine and we’re fortunate to have some of the fastest and most talented pilots in the world competing this year.”

The class of airplanes incorporates the most modern materials and cutting-edge technology, while adhering to formula specifications designed to ensure a level of fairness across the pack. Many of the pilots and crews design and build their own race planes, determined to get an edge over the competition.

Canada’s Scott Holmes and Frenchman Stan Damiron, the two youngest competitors in the field, are also engineers by trade and will look to use their technical expertise to get those marginal gains so crucial in the air. Air racing veterans Steve Tumlin (USA) and fellow American, reigning Air Race 1 World Cup champion Tim Cone, are both experienced aircraft builders, while a number of the pilots come from a military background with British pilot Trevor Jarvis a former RAF squadron member, Ryszard Zadow a former US Navy F-14 pilot and America’s Steven Temple a 28-year veteran of the US Air Force.

Zaltman said, “Air racing requires such a high level of skill and mental stamina that it is certainly not a sport for the faint hearted. Each of these pilots possesses that rare combination of expertise and a thirst for adrenaline which will make for a great spectacle.

“We’re proud to have such a diverse line-up this year with younger pilots going up against pilots with years’ of racing under their belts. It’s going to be about who is the best on the day and the fans can’t wait to see who comes out on top.”