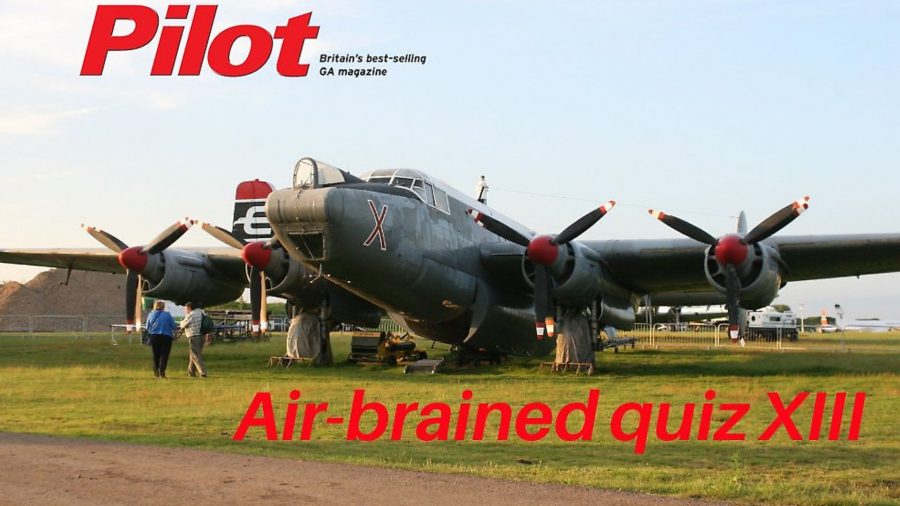 Scroll down below the quiz for full explanations to some of the questions!

4) a In 1919 the French-born New York hotelier Raymond Orteig offered a $25,000 prize for the first non-stop aeroplane flight between New York and Paris. Charles Lindbergh won it in 1927 by flying his Ryan monoplane Spirit of St. Louis from New York to Paris, landing after 3,600 miles and 33 hours and 29 minutes in the air

5) c The critical angle of attack is defined as that angle of attack which, if exceeded, will cause the aircraft to stall and this can occur at any attitude so the statement is generally true. However, at very high airspeeds an aircraft is liable to suffer structural failure before it stalls

7) b Altenrhein was the base of the Swiss Flug- und Fahrzeug-Werke AG who designed and built the P.16 jet fighter aircraft, on some aspects of which Bill Lear based the original Learjet design

9) c Maximum bank angle is 25°, or that angle which, for the aircraft involved, gives a rate of turn of 3 degrees per second if that angle is less than 25°