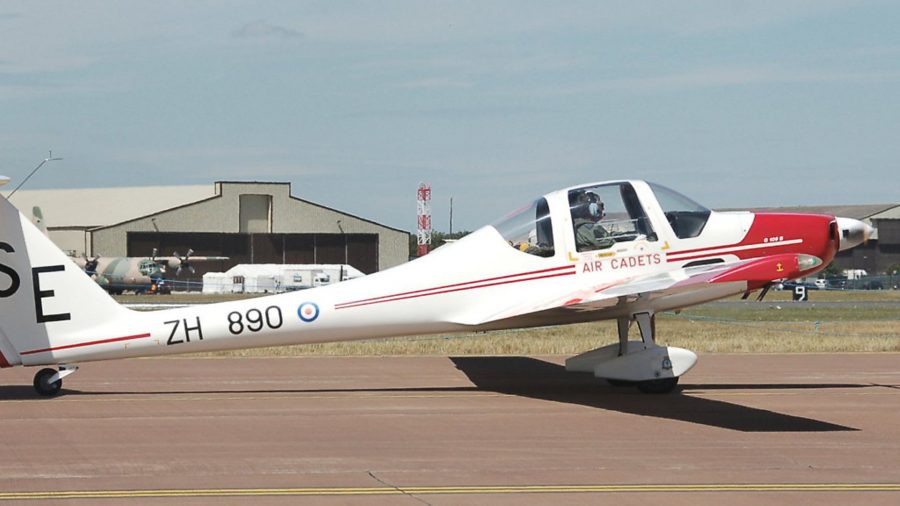 In a move that surprised many industry observers, the RAF’s fleet of 63 decommissioned Vigilant T1 motor gliders has been sold by the MoD’s Defence Equipment and Support (DE&S) organisation to the UK charity Aerobility

Despite the fleet being grounded in 2014 as part of the infamous Air Cadet flying ‘pause’ and subsequently deemed irrecoverable, it now seems that the aircraft can be recovered.

The remaining aircraft will be engineered and recertified in the UK by Southern Sailplanes.

Aerobility is a UK charity that ‘helps all disabled people to experience the thrill of flying an aeroplane as a pilot, an experience that often proves profoundly transformative for the people involved’.

The purchase of the Vigilants, which will be helped by a grant from the Department for Transport (DfT), means that Aerobility will now be able to help about 2,600 people into the air every year, compared to 1,000 currently.

Modifications to allow the aircraft to achieve civil certification will include a new engine and propeller (the Rotax 912iS3) and the installation of the latest Garmin avionics to create a modern ‘glass cockpit’.

The refurbished Vigilants will be called the ‘Grob 109 Able’, and the charity hopes the first aircraft will be ready to fly in the summer of 2021.

Aircraft that aren’t required by Aerobility will be refurbished and sold to generate revenue for the charity and help them branch out into other parts of the British Isles.

The machines to be sold on will also be fully refurbished, finished to the customer’s specification and will be supported by a manufacturer’s warranty.

Aerobility’s CEO Mike Miller-Smith commented: “Acquiring these aircraft will help us transform the lives of an even greater number of disabled people by giving them the unrivalled sense of freedom through the magic of flight.

“We are extremely grateful to the Ministry of Defence, the Department for Transport and our various partners for supporting us in this ambitious project”.

The sale agreement will create four full-time engineering jobs, one project management role and one administration position at the charity.

Aerobility will also need a full-time co-ordinator and a part-time flying instructor, all positions being filled by candidates with a disability where possible.