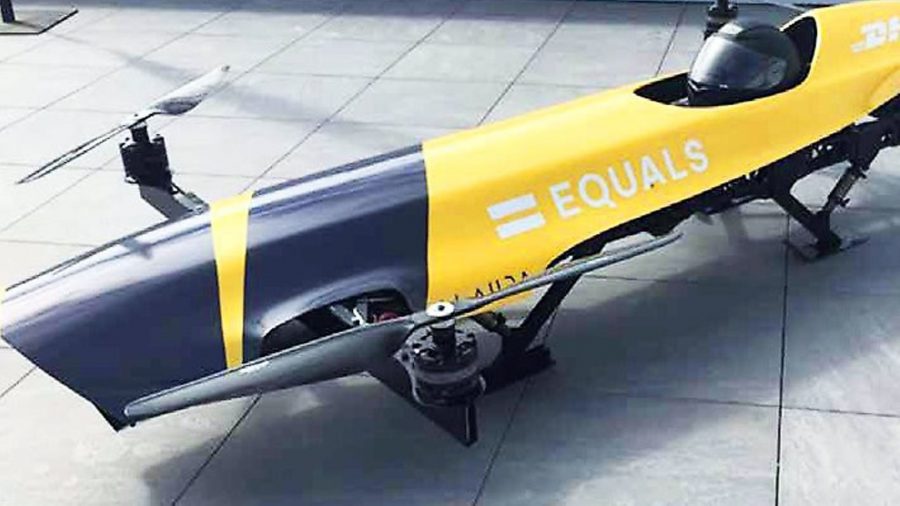 CAA should have had enough oversight to prevent a large, heavy racing drone being flown & going out of control during a Goodward Aerodrome demonstration

An Air Accidents Investigation Branch report just published describes the failure in CAA oversight that should have prevented a large, heavy racing drone from being flown and going out of control during a demonstration at Goodwood Aerodrome.

Covering the AAIB’s investigation of the July 2019 accident involving the poorly designed and constructed Alauda Airspeeder Mk II drone, three metres in length and weighing 95kg, the AAIB’s February report makes shocking reading. Not only were onlookers and parked aircraft endangered when the operator’s ‘kill switch’ failed to operate, but the Airspeeder climber blindly at 2,000fpm to 7,500ft, and when its batteries ran down it fell to the ground, crashing forty metres or so from houses.

A few choice extracts to give an idea of the gravity of the AAIB’s findings.

‘The Alauda Airspeeder Mk II was not designed, built or tested to any recognisable standards… its design and build quality were of a poor standard. The operator’s Operating Safety Case contained several statements that were shown to be untrue.’

‘[The CAA’s] Unmanned Aircraft Systems (UAS) Unit had assessed the operator’s application and… issued an exemption to the Air Navigation Order to allow flights in accordance with the operator’s Operating Safety Case. The [CAA] did not meet the operator or inspect the Alauda Airspeeder Mk II before the accident flight.’

‘Analysis of the onboard video estimated that the UA’s apogee was approximately 8,000 ft. Therefore, the UA had entered controlled/Class A airspace that is regularly used as a holding point by commercial aircraft inbound to Gatwick Airport.’

And finally, ‘over 13% of UA [i.e. drone] operators have experienced a technical loss of control resulting in a lost UA. As of August 2020, there were over 106,000 registered UA operators in the UK and therefore these figures suggest that there have been at least 13,800 UAs that have landed in an uncontrolled manner or crashed.

‘A blunt object of around 5 kg (a typical mass of a small [Unmanned Aerial Sytem] falling from around 3m could cause a fatal injury. The kinetic energy of this UA would be approximately 140 joules. The accident UA crashed with an estimated kinetic energy at impact of 24,800 joules.’

Unbelievably, the Alauda team had experienced a previous runaway incident, when the Airspeeder went out of control during a public demonstration at Goodwood and made a hard landing, that the company failed to report at the time.

The CAA did not keep detailed records of discussions about and with the drone operators. Two members of the CAA’s UAS unit did turn up at Goodwood on the date of the accident, but only fifty minutes before the flight. Had they inspected the aircraft and its systems, they would surely have grounded it – but they didn’t, joining the invited guests to witness the debacle from the clubhouse roof instead.

‘It is clear that CAA oversight of UAS operations at the time was woefully inadequate,’ writes Editor Philip Whiteman in the Pilot magazine’s Spring edition. ‘Pilot has written to the authority seeking reassurance that what appear to be institutional failings have been addressed.’