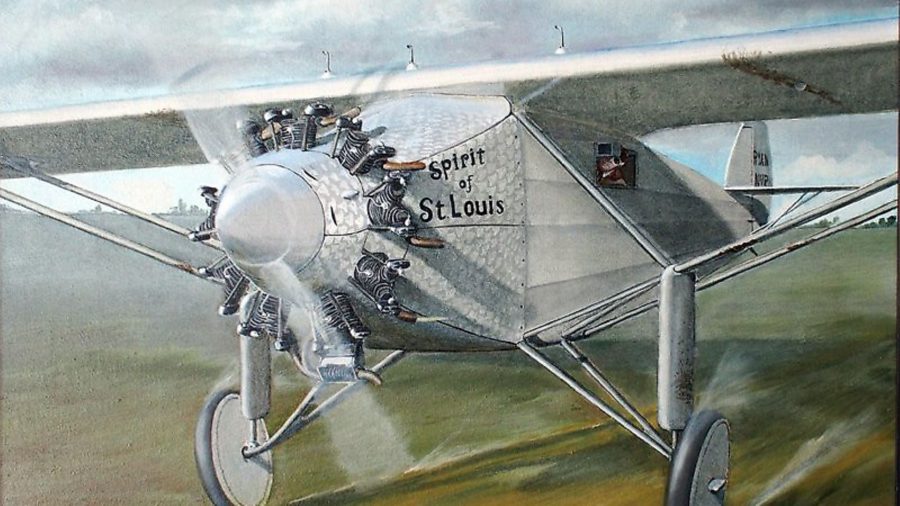 21 May will mark the ninetieth anniversary of Charles Lindbergh becoming the first person to fly solo across the Atlantic from New York to Paris, setting off a wave of enthusiasm for aviation that spread around the world.

Lindbergh took off from Roosevelt Field near New York early on Friday 20 May 1927 and flew his Ryan NYP monoplane – Spirit of St Louis – for 3,137nm (3,610 statute miles) alone through the night, navigating by compass, the stars and dead reckoning.

Carrying 1,704 litres of fuel, he flew east, sometimes as high as 10,000ft to clear storm clouds, often as low as ten feet, skimming the wave tops, and for several hours he flew blind through fog. His flight set an FAI world record for ‘distance in a straight line without landing’. As evidence that he had completed the trans-Atlantic crossing in one single journey, Lindbergh carried a sealed barograph in the aircraft to record air pressure. Through checking the trace of the air pressure recorded during the flight, observers could see that Lindbergh had not landed, and had indeed completed his flight non-stop.

When Lindbergh landed at Le Bourget Airport north-east of Paris at 22.22 on Saturday 21 May 1927 he was greeted by a crowd of 150,000 people and became an international celebrity overnight. The 25-year-old former barnstormer pilot was fêted around the world, receiving the French Légion d’Honneur and the USA’s Distinguished Flying Cross.

Infamously, Linbergh’s flight log was stolen after his arrival at Le Bourget by an unknown souvenir hunter and has never been recovered. However the original barograph trace, together with the original letter to the FAI Secretary General, requesting that the record be ratified, and other materials relating to the flight are held at FAI headquarters in Lausanne, Switzerland.