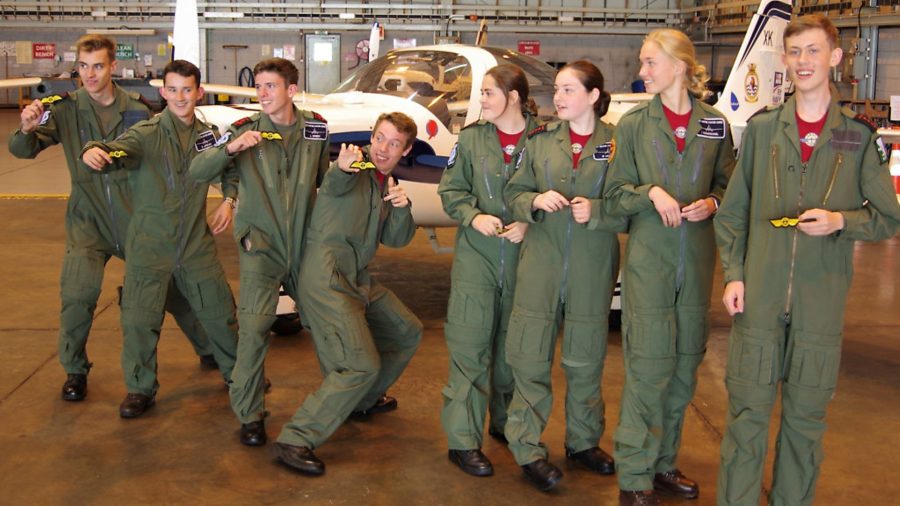 The intense week saw the cadets combining both advanced theory lessons with flying instruction in the air with a number of grading pilots. They were able to share their wealth of knowledge and experience with the cadets during the week.

The cadets were also able to try out the latest virtual reality flight simulation courtesy of DCS World by Eagle Dynamics who specialise in digital combat simulation.

Head of Naval Aviation Rear Admiral Keith Blount RN called in on the final day to meet the course and have an informal chat with the cadets before joining them for a group photograph with one of the Grob Tutor aircraft they had flown during the five day course.

After a final exam and reports from their 727 Squadrons pilots the cadets were pleased to be told that they had all passed the course.