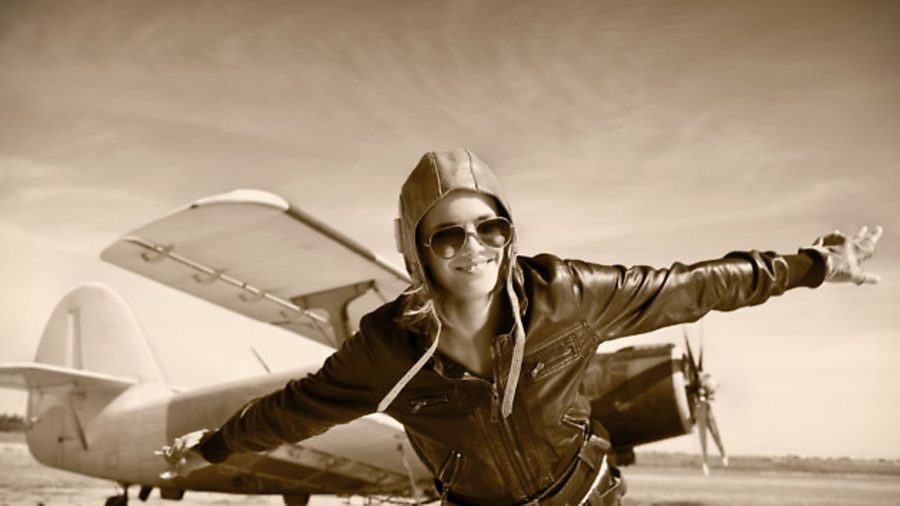 The world of aviation has long been known as a male dominated occupation and hobby. Thankfully it is becoming an increasingly popular vocation for women to discover and enjoy. We have decided to reflect and celebrate the women who made some of the most groundbreaking achievements with regards to aviation history.

In 1937 Earhart attempted to make a record journey flying around the world but the Lockheed Electra she was flying in disappeared and Earhart’s body was never found. Earhart is fondly remembered for her groundbreaking achievements in aviation for women.

Jacqueline Cochran was an acclaimed advocate of women participating in the air force and she wrote to Eleanor Roosevelt during the Second World War, proposing the idea of a women’s flying division.

By July 1943, Cochran was director of the Women Air Force Service Pilots (WASP) and received a US distinguished service medal for her role after the war.

Coleman was inspired to fly by the heroic pilots of the First World War, but she was unfairly disqualified from attending pilot school in the US as she was an African American woman. Undeterred, she moved to France in 1920 to complete an advanced course in aviation and made a career from aerobatic shows.

Bessie Coleman’s career was cut short as she was killed in 1926 when she was thrown from her aircraft. She will be remembered as the first African American woman to gain an international pilot’s licence.

When Sally Ride passed away from pancreatic cancer in 2012, it was a sad day for the world of aviation. Sally was the first American woman to travel into space, joining the crew of space shuttle Challenger in June 1983.

During the NASA mission, she operated the robotic arm and assisted in deploying two satellites into space. As a result, Ride was added to the Astronaut Hall of Fame in 2003 and she still remains the youngest American astronaut to travel into space.

Johnson won fame when in 1930 she became the first woman to fly solo from England to Australia, doing so in a de Havilland Gipsy Moth. She was also the first woman in the world to qualify as an aircraft engineer.

During the Second World War, Johnson joined the Air Transport Auxiliary and died in 1941 when the plane she was ferrying crashed in the sea in bad weather conditions. Johnson remains a prominent female figure in the male dominated world of aviation.

At the young age of 26, Tereshkova beat 400 other female candidates to become the first woman to travel into space and did so as part of the Soviet space program. She travelled in the Vostok 6 on the 16th June 1963 and returned three days later on the 19th of June, after completing 48 orbits.

Tereshkova has received many honours and awards recognising her achievements and has since claimed that if a one-way ticket to Mars became available she would happily take it.

In 1911 Quimby became the first female pilot to be granted a pilot licence by the Aero Club of America. By 1912 she had become the first woman to fly across the English Channel when she flew from Dover to Calais in 59 minutes in a Bleriot monoplane.

At the age of 37 Quimby died when she was thrown from her aircraft in the air but despite dying at such a young age, she has left a lasting legacy with regards to women in aviation due to the many milestones she reached.

British aviator, Scott, was born in Worcestershire in 1922. She gained her pilot’s licence in 1960 and became a demonstrator for Cessna and Piper aircraft to pay for her passion for flying.

In the summer of 1941, a regiment of Soviet women were organised to carry out a night-time bombing offensive against German invaders. Their 588th regiment became known as ‘the Night Witches’ by the Germans due to their tactic of conducting raids under the cover of darkness.

These women fought nonstop for months and partook in thousands of tactical bombing missions using outdated Polikarpov Po-2 biplanes.Although they were slow (94mph), Po-2’s carried armament and were designed for ground attacks and aerial reconnaissance. The Soviet Union was the only combatant of WWII to deploy women in aerial combat.

Polly Vacher MBE had always wanted to fly but her interest in aviation grew during a charity skydiving event in 1989. After obtaining her pilot licence alongside husband Peter in 1994, they circumnavigated Australia and in 1997 she flew solo across the United States and across the North Atlantic in both directions on a Piper PA-28 Cherokee Dakota.

After crossing the Atlantic, the next logical step was to fly around the world which she did during her first Wings Around the World Challenge in aid of the charity Flying Scholarships for the Disabled Next, she had to prepare flying over the North Pole, Antarctica, and all seven continents which, in her own words started with “an atlas, a pen, and a ruler.” She became the first solo woman flyer over the polar regions.

After gaining her pilot licence in 1980, Wagstaff trained with the Russian aerobatic team and became an expert at low level aerobatic displays. She was the first woman to win the US National Aerobatic Championship and became a six time member of the US aerobatic team in 1985.

Wagstaff is recognised for her groundbreaking achievements in aerobatics for women and her Goodrich-sponsored Extra 260 airplane is displayed next to Amelia Earhart’s Lockheed Vega at the Smithsonian National Air and Space Museum.