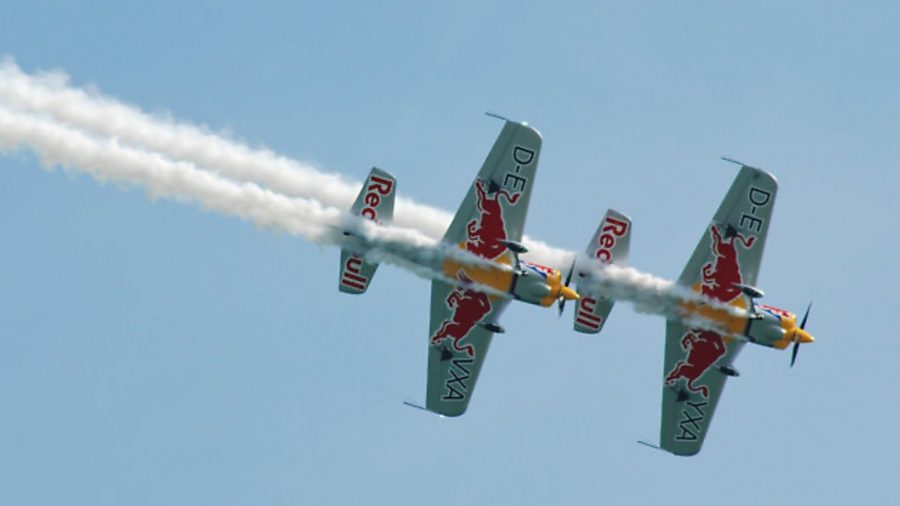 The sport of aerobatics has long been admired as a fast paced and skilful art- not designed for the faint hearted. From wartime pilots to Red Bull air racers, we take a look at 10 of the best aerobatic pilots since the sport began.

After gaining his pilot licence in 1912, Nesterov became the first pilot to execute an aerobatic loop in 1913- making him one of the dominant founders of aerobatics. He was an advocate of using tactical airpower in combat and introduced the concept of using aerobatics and ‘ramming’ to bring planes down during the First World War. The process of ramming other planes during flight actually led to Nesterov’s death in August 1914 when he crashed his Morane-Saulnier Type G monoplane in the process. The Soviets continued to use the method of ramming in the Second World War thanks to Nesterov’s legacy.

After gaining her pilot licence in 1980, Wagstaff trained with the Russian aerobatic team and became an expert at low level aerobatic displays. She was the first woman to win the US National Aerobatic Championship and became a six time member of the US aerobatic team in 1985.

Wagstaff is recognised for her groundbreaking achievements in aerobatics for women and her Goodrich-sponsored Extra 260 airplane is displayed next to Amelia Earhart’s Lockheed Vega at the Smithsonian National Air and Space Museum.

Born into a family of aviators, Bonhomme gained his pilot licence in 1982 and is now described as the most successful aerobatic pilot in the history of the Red Bull Air Race.

He has raced in all 50 Red Bull Air Races since 2003 and achieved podium finishes in 36 of these including 13 wins. Bonhomme won the World Championships in 2009 and 2010 and he currently flies a Zivko Edge 540.

Inspired into aviation by his father (an RAF fighter pilot during World War Two), Nigel Lamb gained his pilot licence in 1976 and has been an aerobatic display pilot for over 30 years.

Lamb has performed in over 1,770 displays across 30 countries and held the title of British Unlimited Aerobatic Champion from 1986- 1993. He won the Red Bull Air Race World Championship last year and has performed as a stunt pilot in several films including Hart’s War and Fly Boys. Lamb flies a MXS-R.

In 1991 Kapanina had become a member of Russia’s National Aerobatic team and by 1993 she had performed in her first international aerobatic competition. In 1996 Kapanina won the title of World Aerobatic Champion in the women’s category and she went on to win this title 7 times. Kapanina flies a SU-29 and since 2000 she has worked as a flight instructor.

US aerobatic and commercial pilot Skip Stewart flies a 1979 Pitts S-25 and has over 9,000 hours of flight behind him. He is famous for his high energy aerobatics routine and he is the first pilot to fly under a jumping motorcycle in an air show.

Stewart also flies with several other pilots in an aerobatic show named the TinStix of Dynamite act. He has been described as one of the most entertaining air show pilots in the world.

Scholl, an aerobatic pilot and aerial cameraman, performed as a stunt pilot in Hollywood films such as Blue Thunder, the A- team and Top Gun and he performed internationally from the late 1950’s until the mid 1980’s.

Infamously in 1985 during filming for Top Gun, Scholl lost control of his Pitts S-2 plane when he performed a flat spin that failed to recover. Scholl’s body and plane were never found but out of respect, the film Top Gun was devoted to him.

After gaining his pilot licence in 1915, Udet became a German fighter pilot in the First World War and flew a Fokker D III for FA68. His first big victory came in March 1916 (only 11 months after gaining his licence) when he carried out a lone attack against 22 French aircraft. Udet became one of the youngest aces and the highest scoring ace to survive the war at only 22 years old. After 1918 he performed in international air shows for the public before joining the Luftwaffe in the Second World War.

Dubbed the ‘Eagle of Lille’ by his opponents, Immelmann became the first World War One ace to win the ‘Pour le Mérite’ award. His successes arose from the hit and run attacks he carried out on his opponents from beneath, resulting in him being accredited with 15 aerial victories during the First World War. The ‘Immelmann Turn’ has been named after him- a famous half loop, hall roll manoeuvre. Immelmann was killed in action in June 1916.