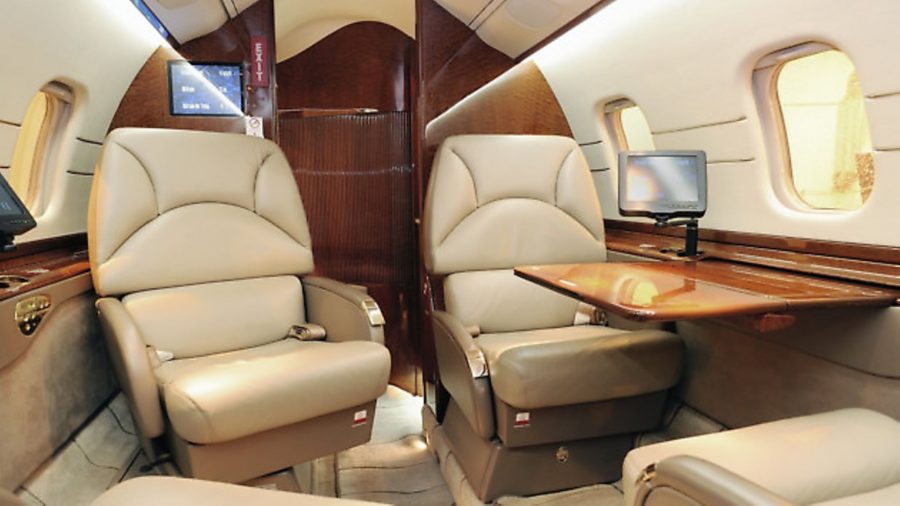 A Rolls-Royce and a Beverly Hills mansion have always been a celebrity must have, but there is now a growing trend in the ownership of private jets. From catwalk supermodel to professional golfer, here is a list of ten celebrities you didn’t know could be flying a private plane overhead right now.

Actor Morgan Freeman’s became a mechanic in the US Air Force in his late teens before considering training as a fighter pilot. However acting won out over flying, resulting in Freeman not finally achieving his private pilot licence until he’d reached the ripe old age of 65. He owns a Cessna Citation 501 jet, a Cessna 414 twin and an SJ30 private jet, and is qualified to fly all three.

Top Gun’s very own ‘Maverick’, actor Tom Cruise, has held a pilot licence since 1994. Inspired by the experiences of filming Top Gun, (many of the scenes were filmed in the backseat of a mid air F-14A Tomcat), aviation advocate Cruise is now the proud owner of five private jets, including a Gulfstream IV with a maximum range of 7,820km and a cruising speed of Mach 0.80.

Actor and disco king John Travolta is not only famous for his dance moves but for his ability to fly too. Fascinated by aviation since childhood, Travolta spent the majority of his earnings on flying lessons at the beginning of his acting career and achieved his pilots licence aged only 22. Now a well established face in Hollywood, he flies a luxurious ex-Qantas Boeing 707-138B he named Jet Clipper Johnny after his children.

Maleficant actress Angelina Jolie has held a private pilot license since 2004 after reportedly promising her son Maddox she would learn to fly. Jolie is an instrument rated pilot who flies a Cirrus SR22.

TV presenter and journalist Richard Hammond passed his helicopter licence in March 2012. He now owns a second-hand £150,000 Robinson R44 which he keeps at his home in rural Herefordshire and uses to occasionally fly to work.

Supermodel Gisele Bundchen began her flying lessons in a Robinson R44 helicopter at Shoreline Aviation whilst heavily pregnant with son Benjamin. However this did not stop her from obtaining her helicopter licence in 2009 and Gisele now aspires to work for the UN’s Environmental Programme in the hope of finding a sustainable way to fly.

Best known for piloting the Millennium Falcon in the Star Wars films as ‘Han Solo’, American actor Harrison Ford bit the bullet and achieved his real life pilot licence at the age of 53, learning to do so in a Cessna 182. Heavily influenced by his role in aviation film Six Days, Seven Nights, Ford’s interest in flying combined with his ever increasing fortune, enabled him to buy a Cessna citation twin jet as seen in this video.

US professional golfer Phil Mickelson, has followed in his father’s footsteps (a retired commercial pilot), in obtaining his very own pilot licence. Mickelson now flies his own $40 million Gulfstream V jet to tournaments across the globe.

Former Countdown star Carol Vorderman passed her private pilot licence at Staverton airport Gloucester in 2013 and now owns a Diamond DA42 she has named Mildred. Vorderman aspires to eventually fly around the world solo but in the meantime she is an ambassador for the RAF Cadets in London.

Only Fools and Horses actor and comedian Sir David Jason qualified as a helicopter pilot in May 2005. Also an enthusiastic glider pilot at the London Gliding Club, Jason helped launched the RAF air cadet’s new flight simulator at the RAF base in Syerston last year.

10 of the best aerobatic pilots