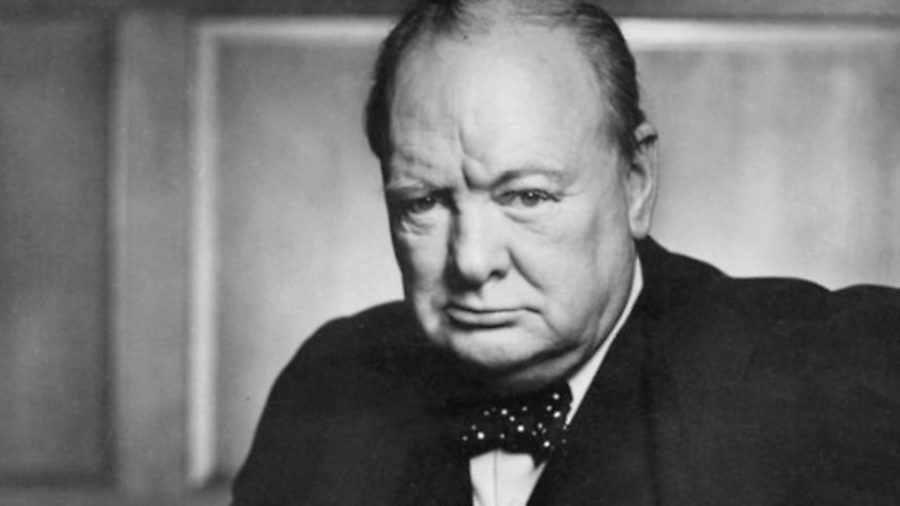 On 6 June 1944, Winston Churchill announced the landings in France – news of the biggest invasion and largest military campaign the world had seen thus far

It was the culmination of two years of planning, plus the vital ingredient of luck with the ultimate aim of throwing Hitler’s war machine off-balance and sealing the success of Operation Overlord. The element of surprise was the single most potent weapon in tricking the Nazis and squeezing them out of Europe – until the announcements that accompanied Winston Churchill’s speech, the people of Britain will have been as in the dark as the Germans.

Part of a report in the House of Commons from Winston Churchill reads:

I have also to announce to the House that during the night and the early hours of this morning the first of the series of landings in force upon the European Continent has taken place. In this case the liberating assault fell upon the coast of France. An immense armada of upwards of 4,000 ships, together with several thousand smaller craft, crossed the Channel. Massed airborne landings have been successfully effected behind the enemy lines, and landings on the beaches are proceeding at various points at the present time. The fire of the shore batteries has been largely quelled. The obstacles that were constructed in the sea have not proved so difficult as was apprehended. The Anglo-American Allies are sustained by about 11,000 firstline aircraft, which can be drawn upon as may be needed for the purposes of the battle. I cannot, of course, commit myself to any particular details. Reports are coming in, in rapid succession. So far the commanders who are engaged report that everything is proceeding according to plan. And what a plan! This vast operation is undoubtedly the most complicated and difficult that has ever taken place. It involves tides, wind, waves, visibility, both from the air and the sea standpoint, and the combined employment of land, air and sea forces in the highest degree of intimacy and in contact with conditions which could not and cannot be fully foreseen.

There are already hopes that actual tactical surprise has been attained, and we hope to furnish the enemy with a succession of surprises during the course of the fighting. The battle that has now begun will grow constantly in scale and in intensity for many weeks to come and I shall not attempt to speculate upon its course. This I may say, however, complete unity prevails throughout the Allied Armies. There is a brotherhood in arms between us and our friends of the United States. There is complete confidence in the supreme commander, General Eisenhower, and his lieutenants, and also in the commander of the Expeditionary Force, General Montgomery. The ardour and spirit of the troops, as I saw myself, embarking in these last few days was splendid to witness. Nothing that equipment, science or forethought could do has been neglected, and the whole process of opening this great new front will be pursued with the utmost resolution both by the commanders and by the United States and British Governments whom they serve.

To read more about Operation Overlord, including details on the espionage, spies and key figures involved, order your special 70th Anniversary commemorative magazine, ‘D-Day – The Normandy Beach Landings in Pictures’. Available from high street WHSmiths or online at www.subscriptionsave.co.uk/DDAY10