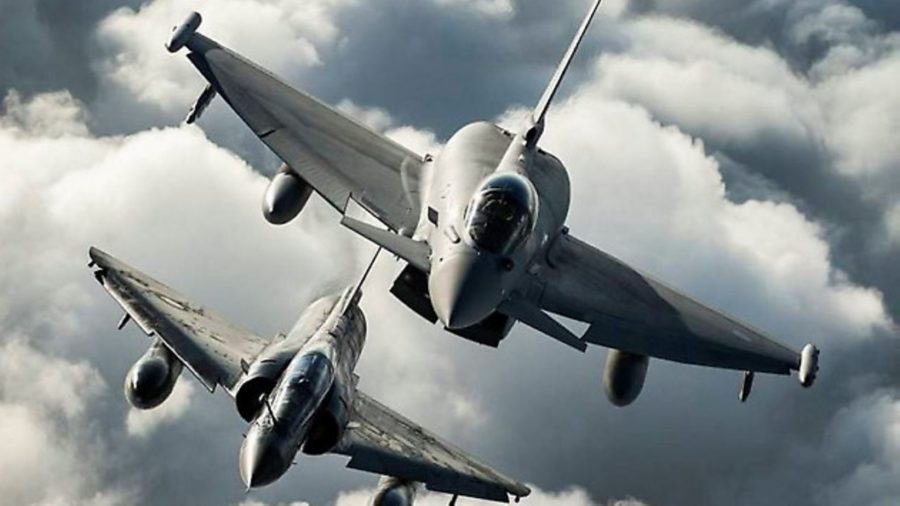 Flying for the military can be a very rewarding career.

Chances are you dream of flying a fast jet. Maybe you imagine what it’s like to fire a missile or drop laser-guided bombs or patrol a no-fly zone? If you do then flying fast jets is a huge attraction for those looking to join the military. Don’t rule out the other aircraft types on offer, though. You only have to watch the news to see what kind of missions our military pilots are involved in – and often it’s the low-level helicopter sorties, not the one in jets, that offer the most exhilarating flying. Even piloting a military transport plane, perhaps to rescue people from a war zone or on humanitarian missions, can be just as rewarding.

Military flying pay (from £35,000 after training) might not match commercial pilot rates, but you’ll have unmatched stories and experiences to share with others from your career. Where the military beats the civilian route to become a pilot is that you don’t have to pay for your training and you follow a program of continuous development that’s second to none. But, of course, you have to accept the military lifestyle and the prospect of going to war. And, while the RAF might be the initial focus of your enquiries, the Army Air Corps and the Fleet Air Arm offer fantastic flying opportunities too. The actual numbers of pilots that are recruited each year varies and competition is fierce, but don’t let that put you off – someone has to fly their aircraft. You just have to convince the selection boards that it should be you.

The Fleet Air Arm is flying arm of the Royal Navy. It operates helicopters, mainly Lynx, Merlin and Sea King from two bases at Yeovilton and Culdrose. As a pilot you’ll find yourself flying search and rescue missions, carrying troops and supplies between ships and the land or supporting Royal Marine Commandos. Pilots flying the Lynx are trained to fire off the Sea Skua anti-surface missile and the Sting Ray torpedo; an effective depth charge against submarines.

Compared with the other services, the Army has a strict policy that it’s aircrew are soldiers first and pilots second. In the Army Air Corps you could end up flying anything from Islanders and Defenders to helicopters such as the Gazelle, Lynx or the Apache. Short Service Commissions of eight years in length are offered to Officer Cadets who make it through the Royal Military Academy Sandhurst, but the real beauty of the AAC is that you can join the army as a regular soldier first. Provided you hold the rank of Lance Corporal and have been recommended and qualified for promotion to Corporal, you can apply for a four-year flying tour. At the end of the flying training and on the award of your Wings, soldiers are promoted to Sergeant and re-badged as AAC pilots.

Although the Royal Air Force has seen drastic cuts in the number of aircraft, it still requires pilots for a large mix of types in the years to come. Frontline fighter aircraft are now made up of squadrons of Tornado GR4s and Typhoons (with the F-35 Joint Strike Fighter expected in the future). Transport aircraft like the Hercules and the huge C-17A Globemaster need flying and so will the new A400M and the Future Strategic Tanker Aircraft when they come into service. Like the Army and Navy there are also many helicopter pilot roles in the RAF, but there are also some light jets available to fly too.

For further information, go to: