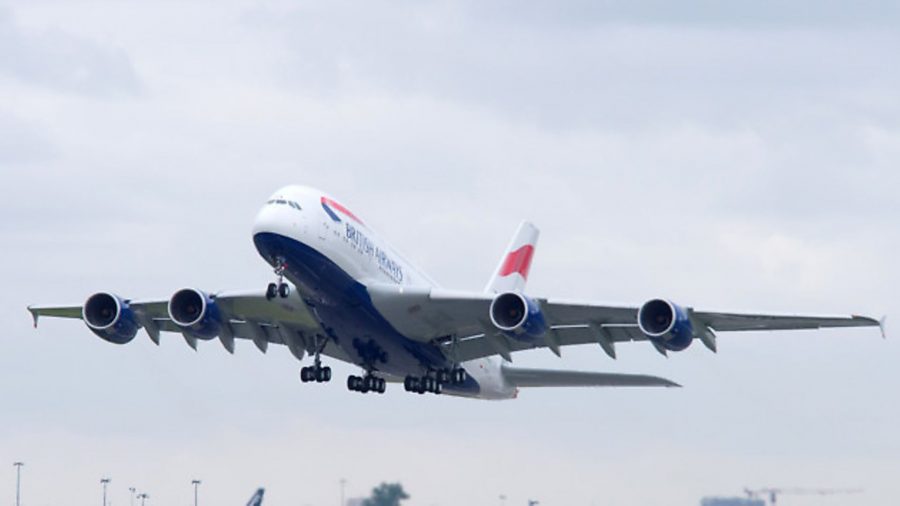 With the aviation industry witnessing an upturn, flight training organisations are feeling optimistic

The employment prospects for newly qualified commercial pilots are starting to pick up, according to a number of flight training organisations (FTOs) contacted by Pilot.

Paul Jones, Head of Flight Operations, and Allan Dunne, Head of Flight Training at Cardiff Aviation say: “For the last few years it has been very difficult for newly qualified pilots to get that all important first job. However, there has always been a trickle even in the tough times and now there is evidence of a large pick up in the industry.”

They add: “Importantly, experienced pilots moving on from airlines such as Ryanair, Flybe and many others to the big Middle East carriers has created the long awaited circulation in the industry that creates openings at the entry level. We are not sure what the stats are but there must also be a wave of retirees coming up as well, which will help the cause.

“In addition to the retirement wave, there are fewer pilots being trained by the military and therefore, less coming on to the market having completed their service.”

Indeed, according to Karen Bath, Head of Corporate Communications for CTC Aviation “the outlook for commercial pilots over the next five to ten years is very good as we head to a record expansion globally. The industry is working towards moving from a current global fleet of 22,000 airliners to 40,000 airliners in the next ten years. The projected demand for pilots alongside that will take the total pilot requirement to an additional 240,000 from today. Generally worldwide the future looks good”.

However, Propilot’s Chief Theoretical Knowledge Instructor, Jacqui Suren is more reserved about the growth of the aviation industry. She says: “Growth is widely predicted in the East and is already occurring. Inevitably the European market will expand, but not necessarily to the extent forecast by aircraft manufacturers, which we understand were determined prior to the current recessions and not allowing for such a prolonged static economic period.”

When it comes to offering newly qualified pilots the best prospects of a job, Colin Dobney, Head of Training at Stapleford Flight Centre, says it is the low-cost carriers that are the biggest recruiters of new cadets by far. However, applicants must be aware that “most will charge for a type rating”.

Furthermore, a number of schools noted that with the upturn in the market has come an increase in students looking to train. According to Richard Gentil of Florida-based Naples Air Centre “there has been a downturn in students training both in Europe as well as the USA over the last few years. In the last three months we have seen a significant uptick in the number if people signing up for career pilot courses. It looks like things in Europe are starting to turn around”.

Indeed, it seems as if an increase in students isn’t the only change occurring in the flight training industry. “It is probably fair to say that the demands placed on new trainee pilots have perhaps changed. Not only are they expected to perform technically to a very high standard, but the level of sophistication of today’s airliner is higher than it was previously, so effective automation management is vital,” says CTC’s Karen Bath. “Non-technical skills are much more important these days and pilots are expected to be more savvy about the efficiency and bottom line of the business thus ensuring safe as well as efficient operations.

“Pilots also play a much more ambassadorial role representing their airline and that is difficult with the locked door policy, so they have got to be more innovative about how to achieve that.”

Representatives from Air Service Training (based in Perth), Alpha Aviation and Cardiff mention the rise of the MPL. Paul Jones and Allan Dunne say: “This is by far the best route for airline cadets as it trains pilots specifically for multi crew airline operations. In time this route will become the standard for airlines running cadetship schemes.”

Marty White, Group Marketing Manager at Alpha Aviation, agrees: “We believe the future of airline pilot training is moving towards the MPL. Furthermore, these courses are only run in partnership with an airline ? making the chances of employment upon completion of training so much higher.”

Finally, we ask the training organisations for their advice for budding pilots.

Gerard Mciver, Chief Theoretical Knowledge Instructor at Air Service Training, says: “Make sure they do an independent pilot aptitude test, hold a Class One medical, and are motivated by a passion to fly and succeed.”

Cardiff Aviation’s Paul Jones and Allan Dunne go into more depth: “Create a strong argument regarding employment prospects to gain funding, do your homework on this as this may be the biggest issue with getting started. Look at all options; Integrated, Modular and MPL cadetships.

“Most important of all keep focussed despite the pessimists’ words (there will be many). Do a PPL if possible, go gliding, study everything you can on the wonderful subject of aviation, not just the glory stories but the academics of flying, the maths and physics of it all. Never lose hope.

“Get your Class One medical before you commit to any major investment in training. We have known a number of people set off down the road with a standard Class Two or Three only to find when they need a commercial medical that they have a minor issue which prevents them from continuing.

“Also, always be vigilant and be aware of the impression you give. You never know who is hanging around at your flying club/school etc. Aviation is a small world and a good reputation is very brittle, whereas a bad reputation is incredibly robust.”

Research, according to CTC’s Karen Bath, is also important. “Thoroughly research the job, the current industry trends and the training process. Talk to pilots from a variety of airlines, come along to our CTC Wings Careers events and careers fairs that are supported by the FTOs, read industry publications and ask lots of questions,” she says.

Colin Dobney of Stapleford thinks that students need to be mindful of the realities of flight training: “Be realistic, course prices are based on minimum hours, allow for some overrun on hours or resits on theory exams, allow at least ten percent margin. Budget for accommodation if not training near to home, and loss of earnings if committing to full time study.

“Be realistic with job expectations. Very few students finish courses and start an airline job immediately. Be prepared that you may have to maintain proficiency of licences and ratings whilst applying for jobs.”

He adds: “I would also say that having been there, when you do achieve the dream, it can be the most satisfying, exhilarating and rewarding job in the world.”