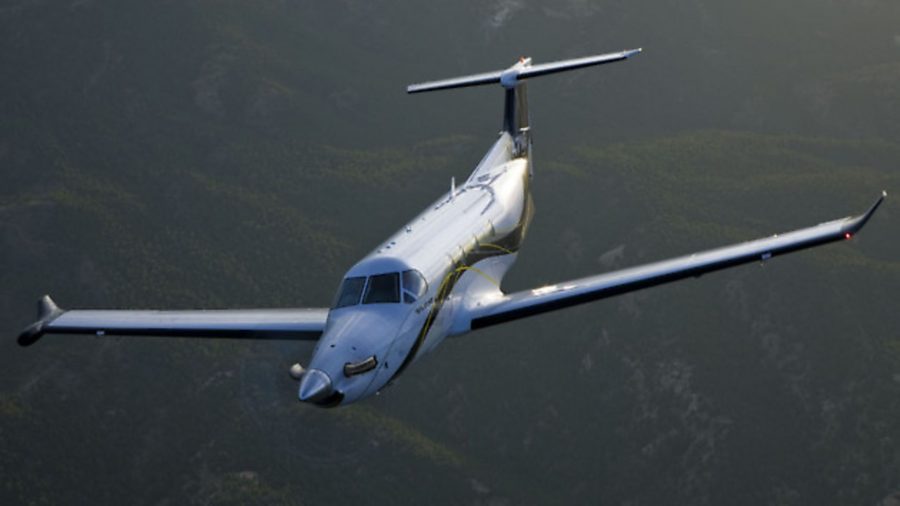 The life of a chauffeur of the skies ? a corporate aircraft pilot ? is as demanding as it rewarding. As a single pilot working for Pilatus UK, Gary Southam starts planning his flights a lot further in advance than your average aviator.

“It starts two or three days before each flight in terms of preparation, and that will be flight planning, handling, general declaration forms and, of course, monitoring weather patterns,” he says. “On the day of the flight I arrive and ensure that the aeroplane is ready an hour before scheduled departure. The flight is carried out as any flight is, really. Obviously safety is paramount. The client will disembark at our destination and I will wait for them and then fly them back. It’s an on-demand service, so it’s 24-7.”

Before embarking on a career in aviation, Gary owned his own business ? a service centre for cars ? and was a keen skydiver for fifteen years. During days when he was unable to jump due to poor weather, he began to learn to fly on the aircraft that he would normally parachute from. His decision to enter corporate aviation rather than commercial stemmed from his passion for customer service: “The reason I’m doing the job that I’m doing now is that I can deal with people as well. Not just fly the aircraft. I can do the whole package, whether that’s organising the catering, the baggage, handling, the flight planning ? the whole lot. You’ve got to be an all-rounder nowadays, that’s for sure.”

Thanks to the success of his fifteen year-old business Gary was lucky enough to be able to finance himself through the training needed for his new career.

“I went to America and, once I had my pilot’s licence, I did my instrument rating and commercial rating. I then longed so much to become a captain of an aeroplane that I offered my services for zilch. I would work for nothing to gain the experience and flying hours, and eventually became a captain on a King Air flying around America and the Bahamas.

“The claims to fame that I have include flying a King Air for the Bacardi family, and I also flew members of the British Royal Family and the Bahamian government.”

But if the prospect of working for free makes your ambition seem like an impossibility, fear not. Gary reassures me that his own experience is just one option when looking at breaking in to the corporate flying world. “My experience is not an uncommon one, but people when they come into the industry now have got to be prepared to sacrifice or make sacrifices, whether that’s moving to a different country or getting a job as a flight instructor in the USA and earning $10 an hour just to get those hours and that experience. Unless you’re 21 years old, out of college, with the right degrees, and someone like British Airways will help you there’s very few ways that you can do that now.”

Indeed, breaking into the industry is a challenge in itself. “There are companies which are, unfortunately, falling by the wayside. But, there seems to be a slight upturn in the economic climate in the corporate world,” he says. “Whether you look in the UK or internationally there’s quite a lot of people chasing very few jobs, but a lot of these people aren’t type-rated to fly the aeroplanes that the clients have.”

Currently Gary works as Chief Pilot for Pilatus UK and owns an aircraft charter business, based in Florida. He says that working for Pilatus is very different to the other flying he’s done because of the PC-12.

“The aeroplane is very automated, so the systems are designed to aid a single pilot. It’s the only aeroplane I’ve ever flown that’s done that. Loads of aeroplanes are designed to be flown by one person, but don’t necessarily have those systems in place that make pilot operation as simplistic as the PC-12.

“Of course, some people prefer two crew because of the safety aspect of it; if one person is taken ill while they’re flying etc. But that’s why we have such in-depth medicals and that’s why my process for flying starts two or three days beforehand. You’ve got to be careful what you eat before the flight. Alcohol is a big no-no. There’s all this preparation for what can be less than an hour’s flight. It’s got to be done, but the aeroplane is far more capable than any human being, that’s for sure.”

But, despite the high demands, there is little doubt that Gary’s career is an enviable one: “You get to meet some very interesting and nice people, you get to fly some of the best aeroplanes in the world in my opinion, you get to see some fantastic sights and you get a huge sense of achievement and fulfilment out of each flight. If you’re flying as a single pilot in any conditions, and any flight as a single pilot in a commercial operation is very demanding, if you get to the end of that flight and everything has been done and a client is happy then that’s a huge achievement.”