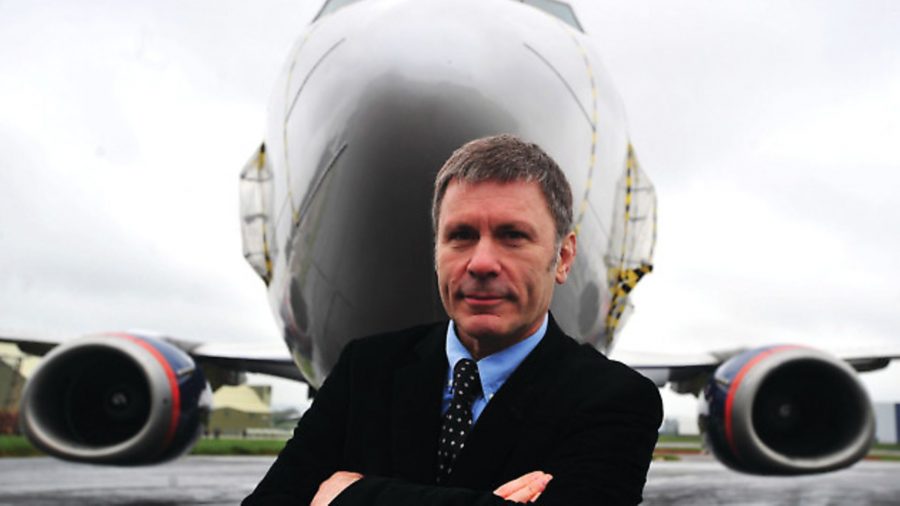 Bruce Dickinson has a soft spot for the Boeing 757. “It’s like an old Jag; it makes a great noise, it looks fantastic, but it burns a bit too much gas,” he says. “I really miss flying a jet airliner.”

The CEO of Cardiff Aviation and lead singer of Iron Maiden was a latecomer to flying. “I had pretty much written myself off at the age of thirty eight,” he admits. “But, I got lucky. I did a tremendous amount of instrument flying and flying with the band in a twin-engined aeroplane. Because of that, when I got chucked in a sim where by chance there was a chief pilot sitting in the back, we got talking.”

As a result of this meeting Bruce signed up as a First Officer with British World Airlines, which sadly went under six months later in the aftermath of 9/11. “So, I just got line checked and I had 140 hours of jet time in my logbook, and that was it ? they took my toys away!” Bruce says. “But out of the ashes of that airline started Astraeus.”

As a First Officer with Astraeus, Bruce became involved with the training organisation run by the company, working within the technical ground school and on the fixed-base simulators. “It was really good. Because you’re quite close to training, you remember how it feels to be that nervous ? and that’s something that some people seem to forget,” he says, “I’ve met one or two guys at the sim who have been doing some corporate stuff, but are actually pilots, and I’ve heard of terrible experiences where people have had their confidence destroyed when there was no reason for it. Training should be training ? it shouldn’t be chopping people into small pieces.

“I think that’s what we’re trying to do with our facility in Cardiff, particularly with Allan Dunne, who’s just joined us. Allan is an absolutely fantastic trainer. Every time you train you should come out of the training session feeling more confident and more able to cope with whatever the world is going to throw at you.”

Bruce believes that training should teach students to assess the whole situation, rather than concentrate on minor details. “So much of training is down to personality. The term ‘human factors’ is not named that way by accident, you know,” he says. “Having a culture of finger-wagging encourages people to think about minutiae and not about the big picture. Is the aircraft under control? Is it straight and level? Are we descending at ten thousand feet in a thunderstorm in the middle of Brazil with full back stick in an Airbus?”

He adds: “The mere fact that airliners are so reliable means that when they do go wrong they can go wrong very badly and very quickly and that can be compounded by the crew. It’s important to train people in disorientation and basic handling of the aeroplane in those circumstances. So these are things that we would be emphasising.”

So what is his advice for those looking at a career in the airlines?

“They need to look at themselves and think what they want to get out of it and how fulfilled they will be after ten years, after twenty years, thirty years,” he says. “The aeroplane itself, as you go down the road of being a commercial pilot, only becomes part of the equation and there are so many other factors involved. You do, in effect, become a manager and some people find that disappointing.”

Cardiff Aviation is currently planning its program, but anticipates that next year it will be offering type rating, jet orientation and multi-crew cooperation courses. cardiffaviation.com