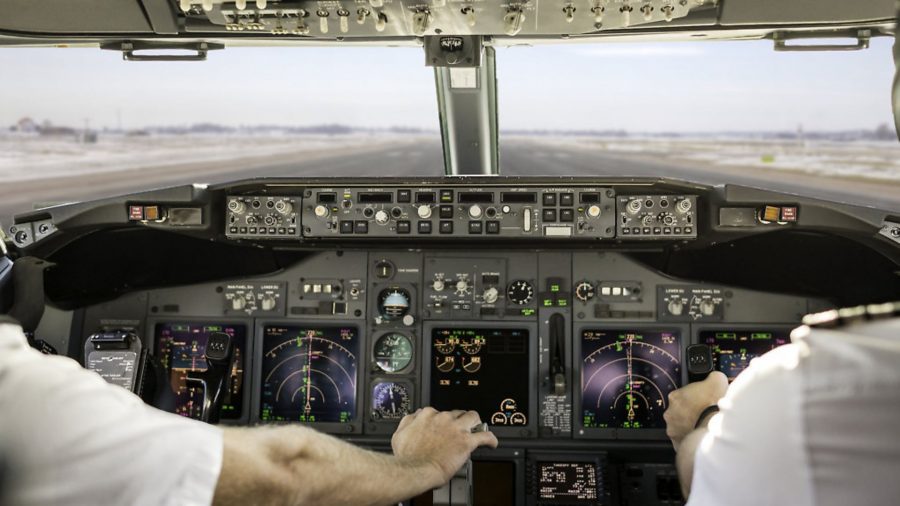 Ravenair Flying School is the premier flight training school at Liverpool Airport. Offering the highest professional standards with almost 40 years of experience in flight training, taking student pilots from their very first lesson through to their Commercial Pilot’s Licence, Instrument Rating and beyond.

ATPL ground training is commencing at Ravenair at Liverpool Airport at the end of 2019 – please contact them for details. They are also the only school offering EASA Airline Transport Pilot’s Licence (ATPL) in the North of England.

The company presently holds more CAA and PART-FCL training approvals than any other North West UK organisation. Many of their students progress through the company as flying instructors and commercial pilots flying Aerial Survey and Air Charter before progressing onto airline and corporate careers.

Their fleet of aircraft is large enough to accommodate all students-in-training and also qualified pilots to solo hire seven days a week. This comprises of both single engine piston (SEP) and multi engine piston (MEP) aircraft.

Learn to fly with CAE and make your dream of becoming a pilot a reality. Each year they graduate and place 1500+ new pilots with airlines around the world.

CAE trains aspiring pilots through its network of aviation academies all over the world.

Want to learn more about the global journeys of CAE’s cadets and graduates? Follow CAEpilot on instagram and hear from a different #CAEpilot each week!

There’s never been a better time to become an airline pilot with CAE. Start your journey right, and right here.

They are approved to provide modular distance learning courses for EASA pilot licences, from PPL through CPL to ATPL for aeroplanes and helicopters, plus a few others, including the Instrument Rating.

As well as the main base at White Waltham (near London Heathrow), they also have a satellite base near Prestwick, in Scotland and at Helicentre in Lelystad, near Amsterdam.

Inexpensive accommodation is available at Prestwick, which is just nine miles from the Ayr exam centre.

The eventual cost of a full ATP course to an ICAO PPL holder would be as little as £1695, and a CPL course would be £945.

Established since 1975, NAC has trained some 14,000 pilots. Chances are you have already travelled on an airliner with one of those pilots at the controls. NAC offers both EASA and FAA flight programs as well as EASA ATPL Groundschool and has its own EASA ATPL Testing Center in house.

NAC has a fleet of 25 aircraft (Cessnas, Pipers and Diamonds) and a Redbird simulator. As a Garmin Dealer, the fleet is equipped with either G1000’s, G600’s, or Dual G5’s for EFIS and have ADS-B In/Out with Synthetic Vision, Traffic, & Weather. In addition, NAC has its own Part 145 repair station – safety being the main objective on your way to your career.

Located at the Naples Municipal Airport which, being Class D airspace, is ideal for training whilst also accommodating Corporate Jet traffic. It prepares you well for the professional world of Airline Transport.

NAC accommodation is second to none. The apartments are brand new, fully equipped and have recreational facilities (gym, pool and tennis) and only 5 miles from the pristine white sandy beaches. This is exactly what you will need to relax at the end of a day’s training.

After just one year of sunny paradise you will be the pilot flying the passengers on some of the world’s top airlines.

With over 30 years at the forefront of flight training in Europe and with more than 2,000 graduated pilots, FTEJerez has established itself as one of the leading flight training organisations, specialising in integrated ATPL training programmes for aspiring pilots and airline cadets.

FTEJerez offers a unique course programme led by the most qualified instructors, which leads to the best employment prospects in the industry with partnerships with Europe’s leading airlines such as BA, Iberia, Aer Lingus, easyJet and more.

In addition, to allow the cadets to concentrate solely on their training, at FTEJerez, all training and accommodation services are delivered from FTE’s purpose-built Aviation Campus in Jerez, Spain, where cadets are accommodated in serviced single rooms with full board included.

FTA Global is a world-class commercial flight academy based at Brighton City Airport in the UK. They help students develop the skills, experience and confidence they need to achieve their dreams of becoming airline pilots.

FTA is currently one of the only UK flight training academies to offer integrated pilot training entirely in the UK. FTA’s base, Brighton City Airport, is the oldest continuous licensed airport in the UK. It was first founded in 1910 and is the site of the first commercial flight in Britain.

Today, over a century later, students from across the globe come to the South Coast of England to train as commercial pilots. They learn to fly in FTA’s state-of-the-art fleet of DA40 and DA42 Twin Star aircraft, which feature the same systems found in modern airliner flight decks, including EFIS, ADC, FADEC and GNSS instruments.

Tours at FTA Global take place every Thursday at 10am. Book your place now.