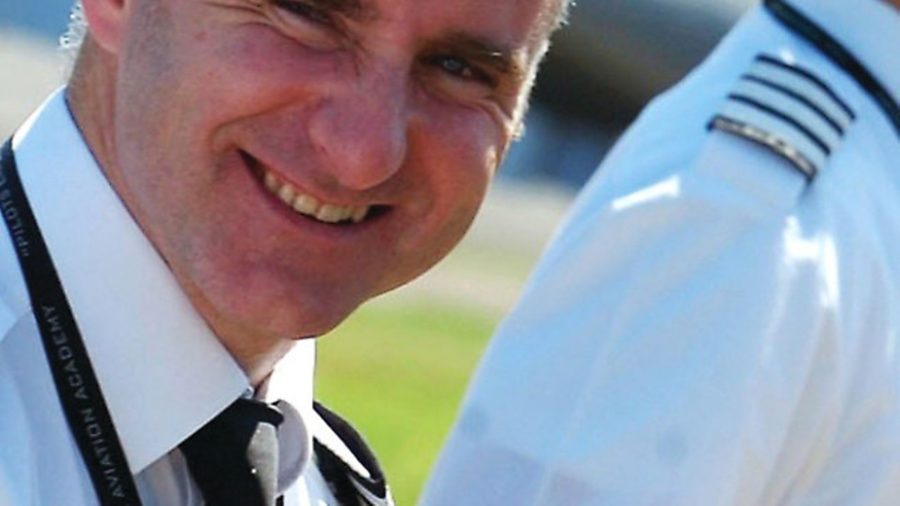 David Vogel, a first officer with Flybe, still looks up whenever an aircraft passes overhead.

“Like many who join the RAF, I dreamed of becoming a pilot,” he says, “after a number of years as an aircraft technician I applied for a commission and was offered a post as an engineering officer.”

Upon reaching the mid-way point in his military career, David — then aged 38 — decided to take on a new challenge. “With a PPL under my belt and a passion for flying that wasn’t diminishing, I decided to chance my luck in the commercial world of aviation.”

Before embarking on his training he successfully applied for a ‘part sponsorship’ with Flybe, which meant that some of the cost was initially borne by his future employer. David enrolled on what should have been an integrated eighteen-month course. The first six months were spent at an Air Transport Pilots Licence (ATPL) ground school.

“This consisted of 800 hours of instructor contact time and fourteen exams covering the subject areas pertinent to commercial aviation,” says David. “I found ground school really interesting and pretty challenging. You need to put the study time in if you want to really understand the profession that you are aspiring to get in to. However, by the end of the six months, I was desperate to get in to an aircraft.”

Unfortunately, after just a month of flight training in a PA28 in Florida, David’s training provider went into administration, and later liquidation. With 55 hours of air-time under his belt, David set about finding another flight training organisation that would allow him to complete his qualification without interruption. He settled on Coventry-based Atlantic Flight Training, and finished his course after a total of two years — building hours on the Diamond DA40 and DA42. He graduated during September 2012.

Asked what advice he would give to anyone wishing to embark on a career in commercial aviation David replies, “Do your research. There are a number of ways to train (ostensibly modular or integrated) and everybody seems to have an opinion on which is best.

“For me, it was a no-brainer — my sponsor was aligned to an integrated course, so that is the route I followed. I have met students who are balancing work with flying and those who are on a degree that includes flying training. Each has its merits.”

He adds that aspiring pilots should also look at the current industry trends to see if they match their aspirations, and be flexible when looking for employment opportunities.

“I met a chap who is adamant that he only wants to fly a wide-body jet out of Heathrow,” he says. “Personally, if I didn’t have a job offer already and I was applying for jobs, I would go wherever and fly whatever and look to the future.”