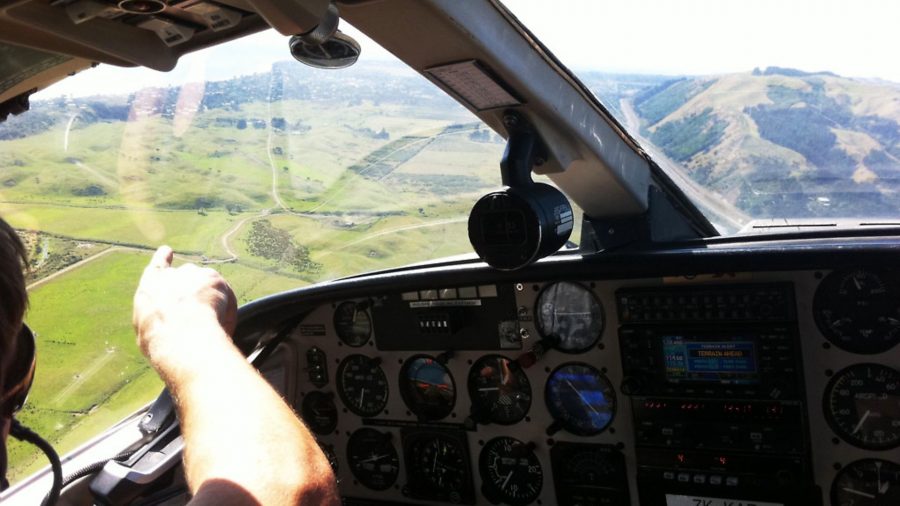 What is electronic conspicuity, how does it work and what aircraft equipment is available? – Part one in a new series | By Philip Whiteman

In April this year the UK Civil Aviation Authority published a new edition of CAP1391 Electronic Conspicuity Devices, setting out the ‘key outcomes’ of the CAA-led project to develop a new industry standard for a low-cost electronic conspicuity device for use on light aircraft.

But what exactly is ‘electronic conspicuity’? By the CAA’s definition, ‘Electronic Conspicuity (EC) is an umbrella term for a range of technologies that can help airspace users to be more aware of other aircraft in the same airspace. It includes transponders and radios.

The specific low-cost EC device defined in CAP1391 is intended for voluntary carriage, note, on ‘registered and non-registered’ UK Annex II aircraft, non-complex EASA aircraft of less than 5,700kg maximum takeoff weight, and for gliders and balloons (including those covered under ELA 1 and ELA 2) within uncontrolled UK airspace.

While this class of equipment is designed to enhance a pilot’s awareness of other aircraft when flying in Class G airspace, it does have distinct limitations. A CAP1391 EC device will not meet standards required for operation in controlled airspace and, if you have a transponder in your aircraft, you will have to turn off the transmit function of the EC device to prevent interference.

Based on ADS-B ES technology

An early decision of the EC working group was that the standard would be based on ADS-B ‘extended squitter’ (ES) technology which, the working group concluded, ‘provides more useful information to other airspace users than other solutions, while offering low cost and low power consumption.’

So what is ADS-B and that rather curiously named extended squitter? Automatic Dependant Surveillance Broadcast, to use its full name, is a radio-frequency system that uses either a Mode S transponder or an independent transmitter, typically combined with a GPS receiver, to transmit positional information to ATC and also other aircraft with ‘ADS-B In’ systems.

The extended squitter is in effect an extended portion of a transponder’s transmission bandwidth that contains a ‘data packet’ of ADS-B information. This data packet holds identifying information about an aircraft, its position and speed, and other data in an unencrypted form.

The ICAO international standard for ADS-B is 1090ES (the numeric part standing for 1090MHz, ‘ES’ for extended squitter), and this has been adopted throughout the world, although the dual-frequency system limited to the USA also uses 978MHz for operations below 18,000ft.

Note that while the CAP1391 specification for EC devices is based on 1090ES, it removes the transponder functionality which replies to interrogations by ATC radar and TCAS systems. What remains is a transceiver capability that outputs the aircraft position at a set rate of once per second. This reduces spectrum congestion, allows for reduction in output power and allows the cost to be lowered.

What equipment is available?

While there are a number of EC systems on the market, only a handful of products from two manufacturers meet the requirements of CAP1391. At the time of writing, formal declarations of capability and conformance to the CAA have been made by f.u.n.k.e. Avionics GmbH for the PNLMGE71.stp, and uAvionix for three products, of which SkyEcho is the latest and most capable.

The SkyEcho’s integrated rechargeable battery is claimed to have the capacity for a minimum six hours of flight time with the transmit function enabled, and uAvionix says that you may be able to ‘see’ aircraft with high-power transponders (i.e. airliners) up to 150nm away.

Introduced over a decade ago and using its own 868MHz frequency, the original Classic FLARM collision avoidance system has saved the lives of numerous glider pilots. Today, many aeroplanes, helicopters, low flying jet aircraft and even drones carry FLARM, which has become the most widely used technology in airspace below FL100.

Aircraft with a FLARM system broadcast their GPS-based projected flight path (3D positions and time) to all other FLARM-equipped aircraft. The projected flight paths of proximate aircraft are then compared, and when an imminent collision is detected a collision warning (aural and visual) is issued, together with the relative bearing and altitude difference of the ‘intruder’.

Introduced more recently, PowerFLARM offers significantly increased range, radio performance improvements and an integrated ADS-B and transponder receiver. PowerFLARM is fully inter-operable with all FLARM systems and will also receive data from all ‘ADS-B Out’ and transponder equipped aircraft, including CAP1391 EC devices.

These aircraft are included in the smart trajectory prediction and collision warning algorithms. (Filtering the data to identify and warn about the threats is a critical aspect of how well any EC device or system performs and we shall be looking at this in the next article in the series?Ed.)

PowerFLARM has also been selected by the RAF for fitment to its aircraft, including the Tucano fleet, running over 350 units. It is approved by EASA for installation in both VFR and IFR (transponder equipped) aircraft, but portable devices are also available. PowerFLARM devices for installation start at £800 and portable variants with an integrated display start at £1,300.

More affordable and becoming increasingly popular in the last couple of years, PilotAware, in its latest Rosetta form, costs £250, including the first year’s licence. Compatible with ADS-B In, Rosetta is suitable for light aircraft, LAA Permit types, microlights, hang gliders, paragliders and EASA aircraft in its ‘carry on equipment’ format.

PilotAware can be connected to a number of different navigation packages, including Airmate, AirNavigationPro, EasyVFR, RunwayHD and SkyDemon, where other aircraft transmitting a GPS co-ordinate are represented on the moving map display as little aeroplane symbols. PilotAware also provides voice alerts and an internal RADAR screen so that external navigation packages are not required.

PilotAware claims to see more aircraft types than any other EC equipment, especially when in range of an OGN-R rebroadcast antenna of which there will soon be 100 across the country. All that is required in addition to one’s existing smartphone or tablet and the Rosetta unit is a suitable 5.2V 2.1A USB power supply.

An ‘affordable lightweight and practical’ GPS position source that turns the company’s popular transponder into an ADS-B Out device, Trig’s compact TN72 GPS receiver costs around £350. Meeting the position requirements of FAR 91.227, it is already being used in Light Sport and Experimental aircraft in the USA to meet the 2020 ADS-B Out mandate. The TN72 will make your aircraft visible to all ADS-B In equipped aircraft without, of course, interfering with transponder function as a CAP1391 EC device does.

Features such as TargetTrend (which is claimed to provide pilots with a more intuitive method of judging target trajectories and closure rates, particularly in airspace with high volumes of traffic) and TerminalTraffic (which shows ADS-B-equipped aircraft and ground vehicles) further enhance the ADS-B traffic picture and are unique to Garmin products.

The message to take home here is that while a given EC device or system may detect other aircraft, depending on the technology, it may or may not make itself ‘visible’ to them. It pays to check the specification carefully before buying!