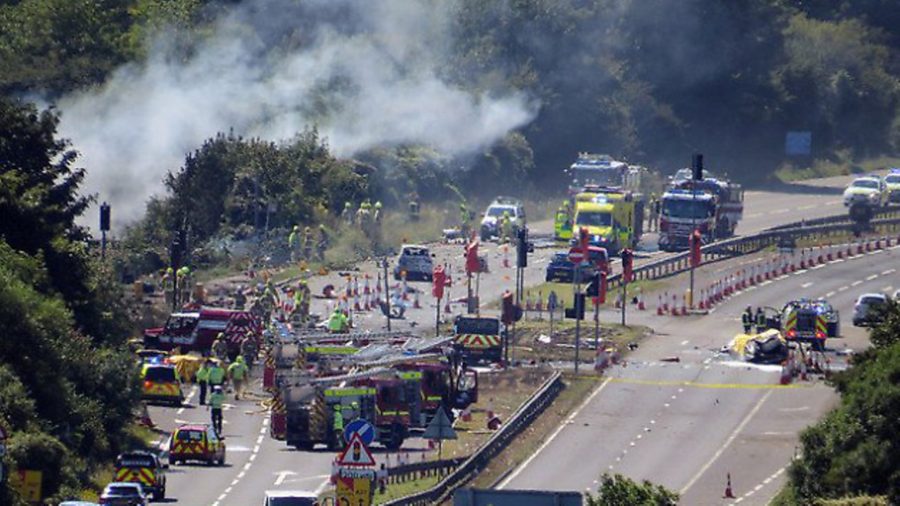 On 22 August 2015, a Hawker Hunter crashed into a road when a display manoeuvre went horribly wrong, killing eleven bystanders

More than a year after the Shoreham Airshow disaster, it has been announced that a pre-inquest hearing will be held in Horsham on 21 November.

No evidence will be heard, but West Sussex senior coroner Penelope Schofield hopes to set a date for the inquests into the deaths.

The tragedy occurred when the Hawker Hunter failed to pull out of what appeared to be a ‘quarter cloverleaf’ looping/rolling manoeuvre and smashed into vehicles on the A27. The classic 1950s jet trainer burst into flames, killing 11 people who were watching the airshow or travelling.

Somehow, the pilot Andy Hill survived the crash and resulting inferno. The former RAF pilot, now 52, is being investigated for manslaughter and has been questioned voluntarily under caution by police.

The administrative pre-inquest hearing in November was originally scheduled to take place this week, on 19 September, but was postponed because the Air Accidents Investigation Branch (AAIB) is yet to publish its final report into the crash.