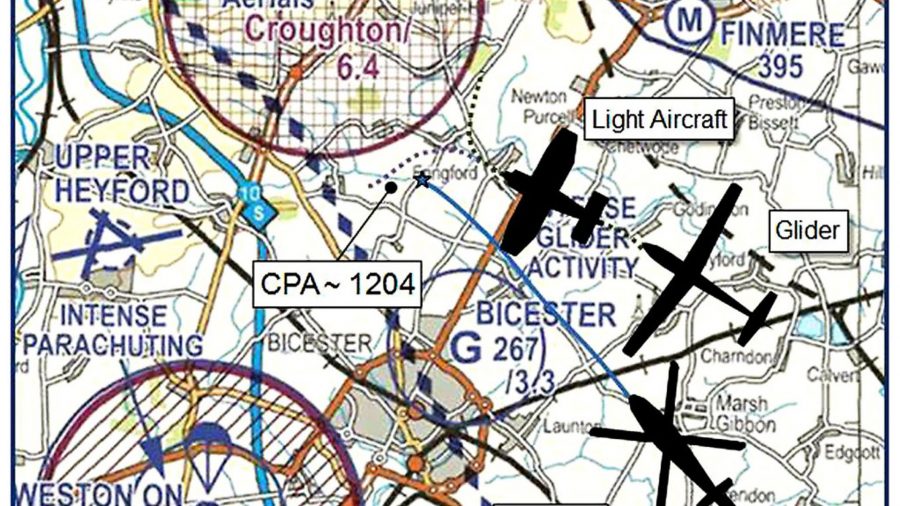 Not excluding six drone/UAV reports, February’s meeting of the Airprox Board examined fifteen aircraft-to-aircraft incidents, of which eight were assessed as having a definite risk of collision (three Category A and five Category B)

All of the Category A incidents and one of the Category Bs resulted from head-on encounters where the pilots effectively did not see each other, and none had the benefit of electronic conspicuity equipment to assist them in maintaining situational awareness.

‘Collision warning systems are becoming more affordable, and we know that the PilotAware system is gaining popularity amongst many GA pilots,’ says the Board.

‘Other systems are also available, so we can only encourage everyone to have a look at what is available and see whether it’s time to invest in something that may well save your life.’

The other main themes discussed at February’s meeting were: poor airmanship in six incidents; late-sightings/non-sightings in nine; and two caused by pilots flying too close to promulgated landing strips and microlight sites that were clearly marked on the map.

‘Airprox of the Month’ was an overtaking situation that ended up as Category B incident. Constrained to a certain degree by airspace, an AgustaWestland A109 helicopter’s pilot was routing past Bicester when he saw a tug/glider combo ahead.

As he flew between it and the airfield, the glider unexpectedly separated from the tug, which then turned left in front of the A109 and dived towards Bicester.

‘There are four lessons here’, says the Board:

‘(1) try not to come between a tug/glider combo and a gliding site in case the glider releases — if it does then the tug will then likely dive immediately towards the glider site to try to get on the ground for the next tow as soon as possible;

(2) overtake on the right because this is what is required and expected by other pilots;

(3) don’t overtake too close to other aircraft in case they unexpectedly manoeuvre; and

(4) tug pilots need to remember to clear their airspace also before automatically turning and diving after glider release.

The full report (Airprox 2016209) can be found on the UKAB website airproxboard.org.uk