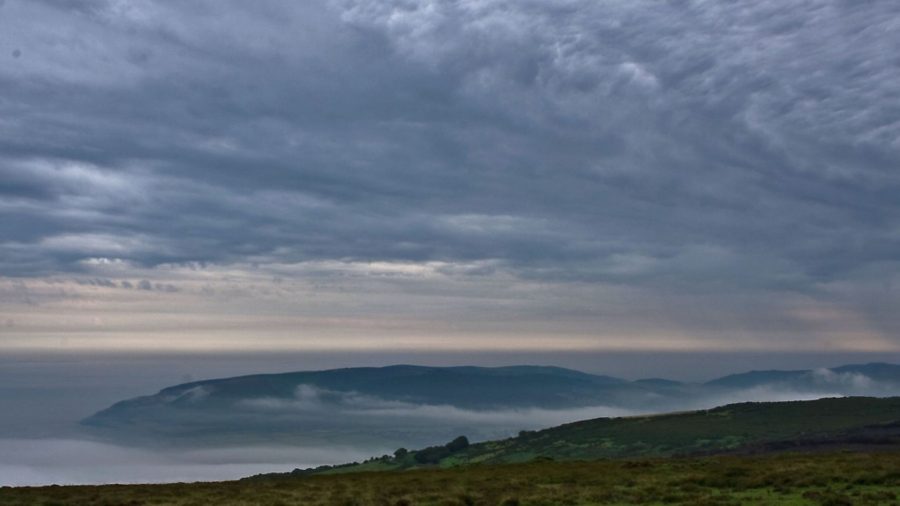 Only the pilot in command makes the decisions, no-one else | By Shaun Richards

Whilst training for my CAA PPL(A) and building hours, I learned a very valuable lesson from foolishly trusting someone against my own intuition.

The day started out just like any other. A quick sortie from my home aerodrome in Exeter across the river Severn to Cardiff, a small jaunt I had done several times before.

Whilst flying over the Bristol Channel I had an issue with the DI (direction indicator) drifting, but I thought I had resolved it. Everything else went well and I completed a normal landing.

After tasting the delights of the restaurant and knocking back a nice cold fizzy drink I prepared for my return journey, only to be informed that a Dash 8 turboprop had burst its tyres after landing and had seized brakes so they couldn’t immediately move it off the runway.

I called my brother, who lives in Newport, to ask if I could stay the night if I had to, after explaining the issue. That was not a problem.

Then I called the clubhouse in Exeter to explain the situation. They said I had to wait and see what happened next and keep them informed. (Bear in mind the return journey should only take about 35-45 minutes.)

After about two more hours I received a call from the CFI in Exeter stating that they needed the aeroplane back and wanting to know how long I was going to be.

He already knew of the situation and that I had not got a night rating, and that time was running out before it would be getting dark. However, I was instructed to make a short field takeoff if the current situation had still not been resolved.

I argued against it, as I was not fully comfortable in doing so?but I was told I had to. After contacting Cardiff Tower, and having seen two other small aircraft get away, I reluctantly made the request and was granted permission to proceed.

By this time there was only about fifty minutes before official night time, and it was already getting dark, albeit with clear skies. I taxied out to the runway and, after being cleared to do so, performed my very first solo short field takeoff.

I set my initial heading for Minehead VRP and climbed to 1,000 feet to cross the channel. I reached Minehead VRP and set course for my next VRP, Cullompton, marking the time and checking the map.

All seemed OK until I noticed that things were a lot darker. In fact they had become very dark very quickly. I looked down and checked the DI.

This didn’t make sense as the heading was off by a good margin. It had only been ten minutes since Minehead, and it was showing me I had drifted off twenty-plus degrees.

I held my wings level and reset the DI against the compass… and I then did this three more times over the next fifteen minutes. I couldn’t check ground features against the map and was running out of options as the DI would not settle down.

I was now starting to get worried but I had to fly the aeroplane and so that’s what I did. I picked a place on the horizon against the nose of the aircraft and stuck to it. I flew for ten minutes and then called Exeter Radar services.

I could however see that I was nearing a coastline and they confirmed that I was approaching Plymouth, which was about fifteen miles off to the right. I then noticed the lighthouses’ flashing beacons and remembered that they actually all rotate at different intervals so ships can tell where they are.

I replied to Exeter Radar and requested a moment to work out exactly where I was and what I could do to get myself out of the situation.

My DI would not allow me to fly vectors so I would have to find my way back by visual reference.

The lighthouses were invaluable as they allowed me to fly along the coastline back up to Dawlish VRP and then fly along the Exe estuary to Topsham, turning ninety degrees directly to Exeter Airport which had now put on the rotating beacon.

I successfully made a night landing on Runway 26 and was relieved to be back on terra firma.

For this I was reported to the CAA?by the same CFI who had instructed me to take off?for ‘intentionally flying into night without a valid rating’, and I received a letter of reprimand from the CAA that would stay on my records for life.

I really wished I had stuck to my intuition and parked up for the night and stayed at my brother’s.

As pilot in command you are the only one responsible.

It does not matter what the conditions are or who tells you to take off etc: you are accountable for whatever actions or incidents follow. It was a bitter and somewhat unjust lesson.

I still feel that it was an unwarranted reprimand but I learned to be more assertive in my ways and I gained a night rating.

Now as PIC I will always make decisions that are safe, regardless of what others say. Yes, I may upset a few people doing this?but I am still alive!