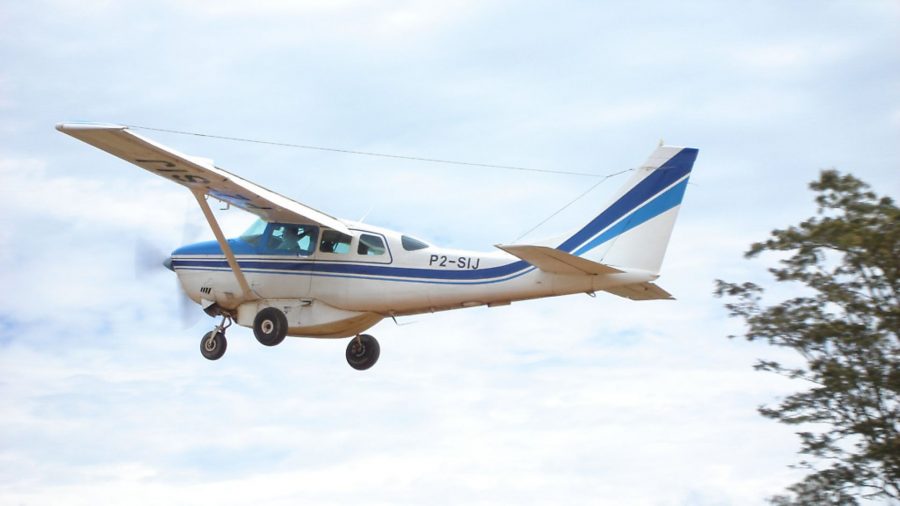 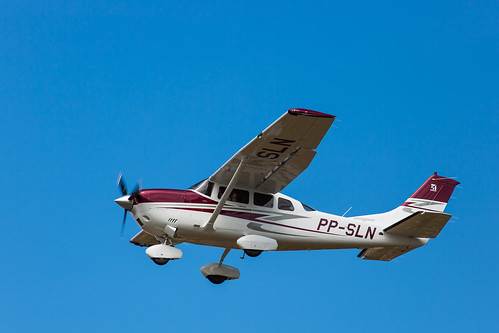 It was 1984. I was 25 and enjoying my first commercial pilot job working for a luxury safari company in the Okavango Delta in Botswana, flying clients and food supplies in a Cessna 206 and a Britten Norman Islander.

Pre-GPS, the flying was all daylight VFR which gave me no chance to practice my instrument flying or night skills. Up to that point I had never been coerced into doing anything I did not want to, or illegal ? that was about to change.

At 10 p.m. I was in my thatched hut at my home base of Khwai River Lodge when I heard several camp members shouting my name. Running to see what the commotion was about, I learned that a staff member had been chopping up the tough mopane wood for the camp fire. She had brought the axe down badly and almost severed her foot, just above the ankle.

“Chris, can you fly her immediately to the hospital in Maun?” asked the camp manager. 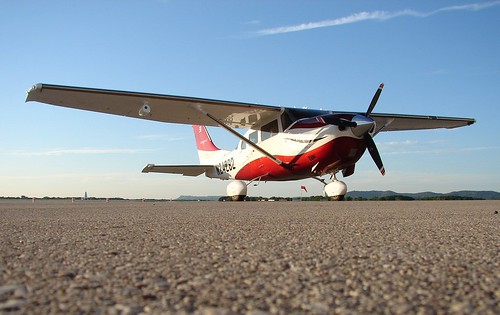 This was a real dilemma. Maun airport was a 25-minute flight away but the aircraft was not insured for night flying and there were no runway lights. My boss, the chief pilot, was away for three days. I voiced my concerns.

The camp manager said “Well she will probably die anyway. It will take almost three hours to drive her at night through the bush.” In those days the bush roads were rough dirt tracks and the drive would be bumpy.

Several pairs of eyes were willing me to say yes. “Alright,” I heard myself say. “I’ll do it.”

The airstrip was 300 yards from the camp. I was busy pre-flighting the Cessna 206 and checking the lights when my wounded passenger arrived in a Land Rover. She was semi-conscious and moaning. A once green towel wrapped around her bandaged foot was now very red. 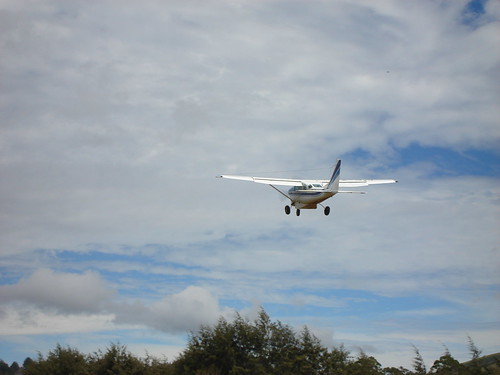 Two staff members helped carry her onto the back seat of the Cessna 206. One of her colleagues climbed in to sit with her for the flight. I noticed a boy of about six, his eyes wide with terror. It was her son, who did not want to leave her side. One of the staff consoled him and said he would have to wait behind.

The fuel tanks were just under half full so I did not need to pump any fuel from the 54 gallon drums we had at the base. I started up, backtracked the runway and did the pre-takeoff checks. Takeoff was straightforward in the darkness with the landing light on but as I lifted off I had a tight feeling in the pit of my stomach.

Maun had an NDB which had been intermittent so I was relieved to pick up the signal in the climb and see the ADF needle swing to twelve o’clock.

After twenty minutes I could see the lights of the town and the ADF needle reversed as I passed over the airfield. I circled at 800 feet above the ground and cycled the constant speed propeller a couple of times: the bush distress signal. 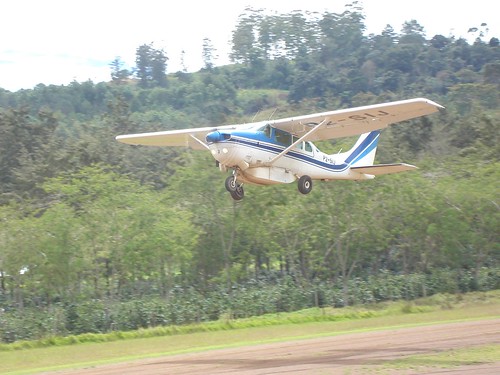 A thin layer of cloud obscured the stars and the moon. It was very dark. My heart was beating quickly. I was aware that at that moment I had a serviceable plane and two of the three people on board were healthy; that could change in seconds if I got the next bit wrong.

While circling in the darkness I spotted something glinting on the ground and realised it was an aluminium hangar. I knew it was about 100 yards from the runway and decided I would let down and aim just to the right of the hangar in the hope of finding the runway. I didn’t know the wind and the windsock wasn’t illuminated but it had been only a few knots at Khwai.

I flew downwind and turned on to the runway QDM, descending to my self-imposed minimum height of 400 feet.

Once on final I could not see anything. I switched on the landing light but that was like switching car headlights on full beam in fog, it was just illuminating haze and destroying my night vision. I switched it off again and decided to descend to 200 feet, the lowest I dared without an updated altimeter setting. 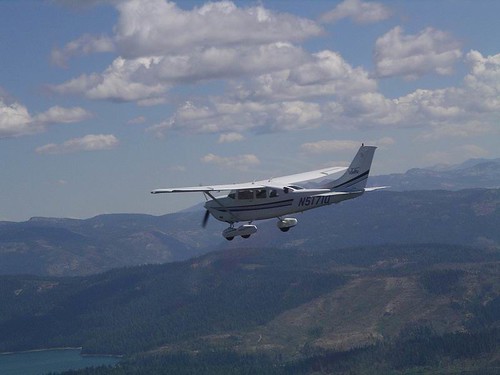 Then I saw the aluminium hangar again which gave me some idea where the ground was. Although the ground was uniformly dark I could just make out what looked like a long rectangular hole a couple of shades darker than the surrounding blackness. It had to be the tarmac runway.

With my depth perception restored the picture then started to resemble a normal night landing, albeit with no runway lights.

The touchdown was smooth and I taxied in cautiously. The tension and feeling in the pit of my stomach was now replaced by sheer elation and triumph. 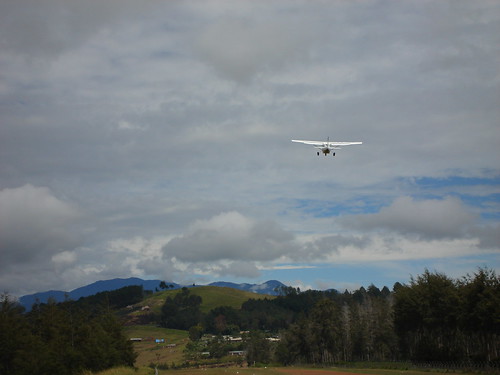 I parked on the apron just as two cars were pulling into the car park. The occupants had heard the propeller cycling and come to help. There was a flurry of activity as the willing volunteers helped the staff member and me lift the now-unconscious lady from the Cessna and into the back seat of one of the cars. They then departed and I was on my own.

What should I do next?

It was cool but not cold. My options were to:

c) fly back to my comfortable hut at Khwai River Lodge. 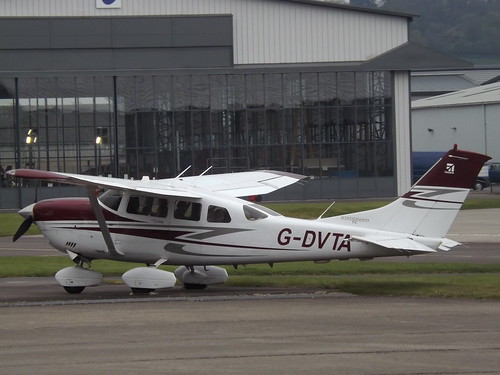 I chose to return, and as soon as I got airborne I knew I had made a mistake. That tight feeling in the pit of my stomach came straight back again but this time with a vengeance.

On the first sector I had carried two passengers with no flying experience ? one barely conscious ? but their presence had still helped alleviate that lonely feeling. The medical emergency had given me authority to make the flight and justified taking the risk.

Now for the return sector I had no valid excuse to be airborne and felt incredibly alone, heading off into the darkness of the African bush relying on a heading and timing, with a real risk of getting lost in the dark and running out of fuel.

On the first sector the ADF needle had pointed reassuringly ahead. Now it pointed behind me, fluctuating a little as the distance increased and was of no real help. The camp of Santawani was halfway between Maun and Khwai and I was elated to spot a few lights and the camp fire burning as I passed overhead. 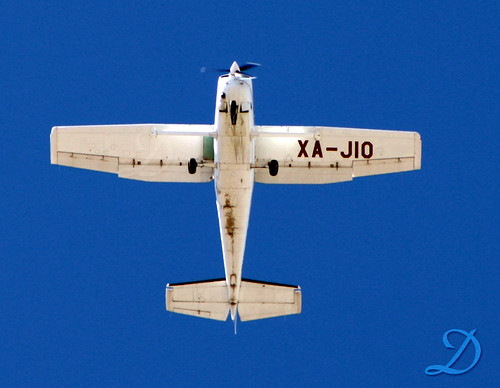 I had a limited range handheld company walkie talkie with me and I called up Khwai. To my relief they responded immediately; they were expecting me and were listening out. I gave them my ETA and asked for a vehicle with lights on at each end of the runway.

The voice on the other end of the walkie talkie asked if I would like both Land Cruisers angled at the threshold so the headlights converged in a V at the approximate touchdown position but I wanted lights at the far end.

I could not yet see the camp lights but on the walkie talkie they told me they could hear my engine getting louder. Shortly afterwards I spotted the camp’s lights and oriented myself as to where the airstrip was as the two vehicles took up position at either end of the strip.

It was time to descend. Now it got really difficult. In the left turn from base leg to final I couldn’t see any lights at all. I was in pitch darkness at 800 feet. Maybe the high wing was blocking my view. I looked back at the instruments and realised the bank angle was forty degrees and the descent rate rapidly increasing. 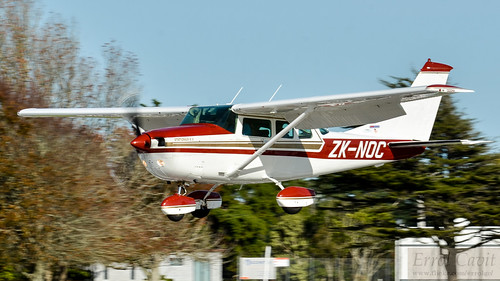 I hurriedly reduced the bank angle. The next time I looked outside I could see two distinct lights, one above and slightly to the right of the other, the higher one’s beam pointing towards me, the lower one pointing away. I was not quite aligned on final but was not far off. As I drifted to the right the top light moved back to the left.

Confusingly, the brighter light of the far vehicle seemed to be suspended about 300 feet up in the air from where I imagined the ground was. I was feeling the effects of spatial disorientation. I must have raised the nose slightly because both lights descended. This was weird! With no visual sense of pitch movement the lights in front of me seemed to have a mind of their own.

I descended on final but the headlights of the far vehicle were on full beam and I was being dazzled. This was not going to work. I did a go-around and asked over the walkie talkie for the far lights to be dimmed. The far vehicle did not have walkie talkie contact but the near vehicle did and flashed his lights and the ranger in the far one got the message and dipped them.

The second approach was similar to the first but more stable and the two lights stayed at a fairly constant position on the windscreen. Again depth perception was a problem and I was deliberately a bit high due to concern about passing over and clipping the vehicle on the threshold. 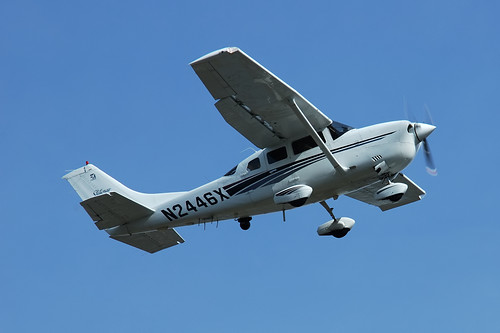 Just before I reached the vehicle the landing light picked out the ground and the picture reverted to normal.

I cut the power and landed. The lights of the vehicle ahead were still a reasonable distance in front and I slowed to taxi speed before vacating at the end.

I parked and shut down. I was exhausted. There was no elation this time, just fatigue and a feeling of relief and foolishness.

So what did I learn from this? Firstly, without a gyro I do not think the trip could have had a successful outcome. There were times when there was no outside visual reference at all, and despite having a couple of hundred night hours I had become disorientated. 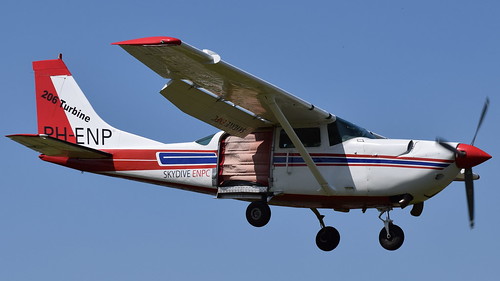 Secondly, I had to use my Instrument Rating skills. Without them I do not think I could have set up or maintained a stable descent without a horizon. Thirdly, without the landing light illuminating the ground I might have inadvertently flown into it.

I had operated outside both my experience level and comfort zone and the whole operation had been far more difficult than I expected as depth perception on short final had been a problem during both landings. This surprised me as, when instructing, I had frequently practiced landings with no landing light.

Even without the landing light, however, on a normal night landing the parallel row of landing lights gives a depth perception which I had previously taken for granted.

That feeling in the pit of my stomach was a useful warning too. It was my body trying to tell me something was wrong and that I was in danger even though my brain didn’t want to accept it!

My decision to do the first sector was questionable but the pressure of being told a life was at risk had been the deciding factor to make the flight. The decision to fly home was definitely a poor one and I had been lucky to get away with it.

As for the lady who had the accident, she had lost a lot of blood and spent two weeks in hospital where they did their best to reattach her foot.

It was touch and go for a while whether or not they would have to amputate. Fortunately her foot recovered and she returned to the camp a few weeks later with a noticeable limp.

I am sure she won’t forget that night either.