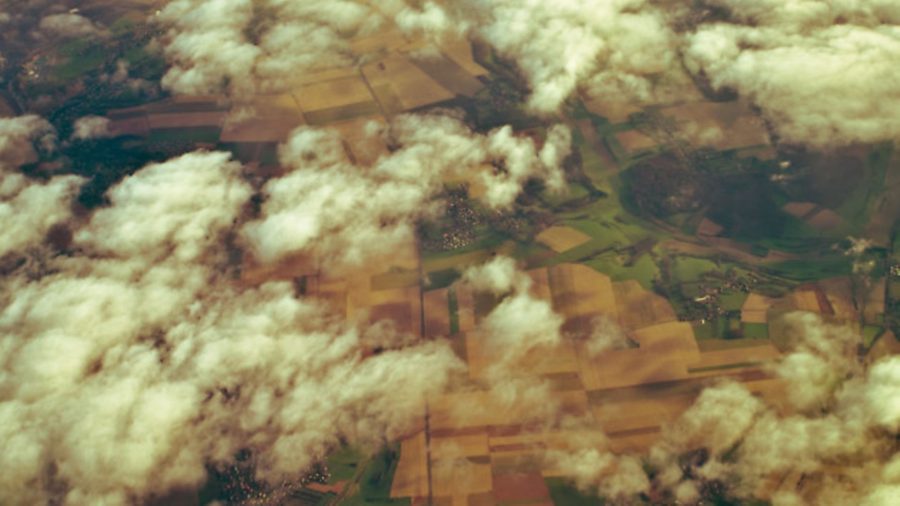 Lovely flight down: Deauville for fuel and food; overnight at Amboise in a chateau; a couple of hours flying to Perigueux and another night in a chateau. The next day a short hop to Bergerac, into one of Mr Hertz’s cheapest and a lovely couple of days at a friend’s house. Brilliant weather, hardly a cloud and temperatures in the mid 30s. Of course on Monday, when we wanted to fly home, it all turned to custard. I never travel without a laptop and a 3G widget so immediately we got onto the Meteo France and started to see if there was a way through. My wife needed to be back at work by Wednesday night or it was a P45 but I could take longer if necessary.

We planned a more direct track home routing Angoueleme, Poitiers, Angers, Laval, Cherbourg and then the Isle of Wight to home. We’d need to stop in Laval for fuel, Cherbourg for a top-up and attachment of life vests and that was it. Classic warm front: slow moving and low cloud. The worst weather looked to be up north and particularly for the last part of our journey from Cherbourg to home with CBs forecasted for southern England with winds gusting 35 knots. Not taildragger conditions then. But no matter, we could creep northwards stage by stage using up our spare day and if we got stuck my wife could rail it home. Or fly if we were near somewhere with flights to the UK.

The immediate challenge was the first 100 miles or so, which meant crossing the high ground to the north of Bergerac. Not really high, but with spot heights going up to 900ft we needed a generous safety altitude. The METAR at Bergerac was 10k or more with a cloudbase of 2,500ft. Well worth driving to the airport and handing in the rental car. Full fuel, plog done, our route tapped into the GPS, it’s worth having a go. Or at least getting up to have a look. Once we get across the high stuff it’ll simply involve shower dodging our way to Laval. We adeptly dodged a few on the way down and that went OK.

Au revoir to Bergerac tower, get the heading from my wife, who has her Nav and Met qualifications but who doesn’t have a PPL, and off we go. Looks like there are a few showers to dodge up ahead. No problem. After about 20 minutes we seem to be spending less time flying in a straight line and a lot more dodging low cloud. I’m beginning to get a slight twitch. Not wanting to frighten the navigator I calmly ask for the height of land ahead, though in fact there isn’t really a way of asking that question without invoking a slight panic. There are no masts ahead, but I know for sure that we should be much higher than this to be safe.

Several years ago, over Kent, with few hours on the licence I stupidly flew into cloud. A swift 180 extracted me but I swore to never do it again without instrument training. By now it’s pretty obvious that I’m about to break that oath. A quick squint in the overhead rearview mirror shows cotton wool. I can’t descend because for sure I will hit land and that has always been my greatest fear. So I start a slow climb to at least put some safety distance between us and the Perigord countryside.

Two measurements of time launch themselves from the back of my memory to the very front: two minutes thirty seconds, because that’s how long the average pilot survives in cloud without instrument training… and 200-350 hours because that’s the death zone in which novice pilots think they’re experienced and often prove that they’re not.

I’m going to need more than two and a half minutes because the clag is surrounding us and is now deep. I know what needs to be done: trust the instruments. I have the full six and GPS so it must be possible. ‘I’m just going to fly the plane,’ I explain, ‘your job is to tell me in which direction to point it.’ Artificial horizon, VSI, ASI. Altimeter, horizon. God, what order am I meant to do? “Are we climbing?” asks my wife. We are – airspeed is a bit low, attitude wrong and VSI reading 200ft per minute positive. Should have seen that.

“We are not far from Perigeuex,” says my wife. “It’s nearer than Bergerac, shall we go there?” Yes. “Turn 90 degrees right, then.” Here we go, a turn in cloud. This has got potential: stall and spin or perhaps just pass out from this continuous mental effort. I make the turn in two lots of 45 degrees done at very gentle bank angles because I’m so tense. “Right, hold that,” she says.

We’ve done about eight minutes of self taught instrument flying when there’s a break in the cloud and Perigeuex appears. My wife had a tedious and expensive journey home by public transport and just made her meeting. I sat out the weather for 24 hours and flew home, a little wiser.