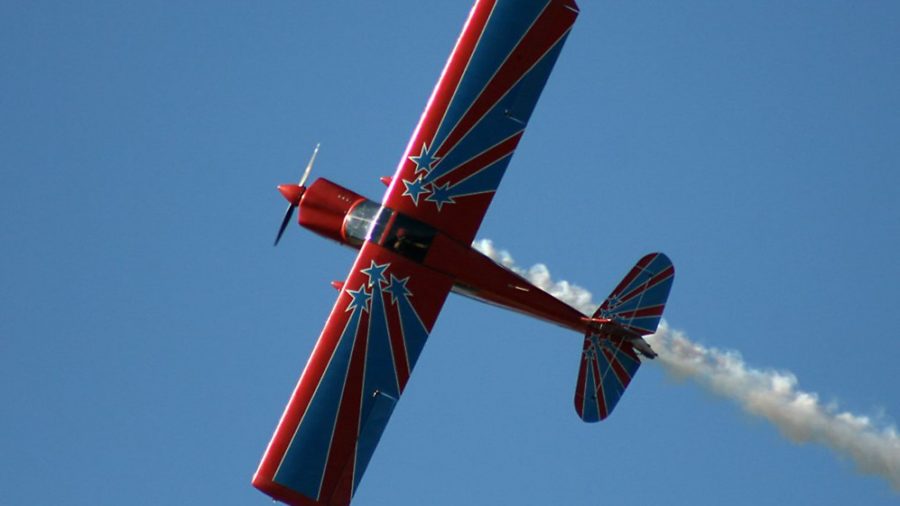 Learning aerobatics adds a layer of competence and precision | By: Jim Bulman 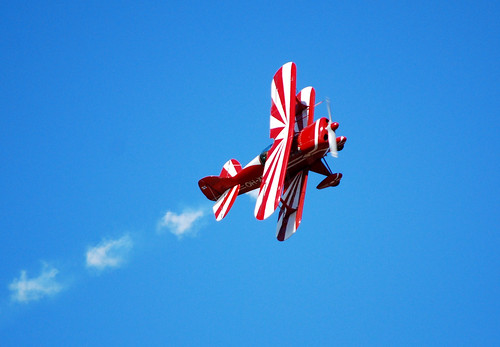 Alan Cassidy wrote in his book Better Aerobatics that pure flying is selfish and pointless but also utterly inspiring and addictive. He also said that it’s all about knowing what the aircraft’s attitude is, how it’s changing and at what rate. Good spatial orientation underscores that.

I wasn’t entirely sure what he really meant by that when I first read it. I’ve been flying for a while now so how could it be that I didn’t? I’m a pilot, aren’t I? Having recently completed the AOPA Basic Aerobatics course, I do now.

Flick through any book on aerobatics and you’ll see comments on theory, personal limitations, self-discipline, criticism and motivation, how to stay alive and so on.

Call it all ‘airmanship’. 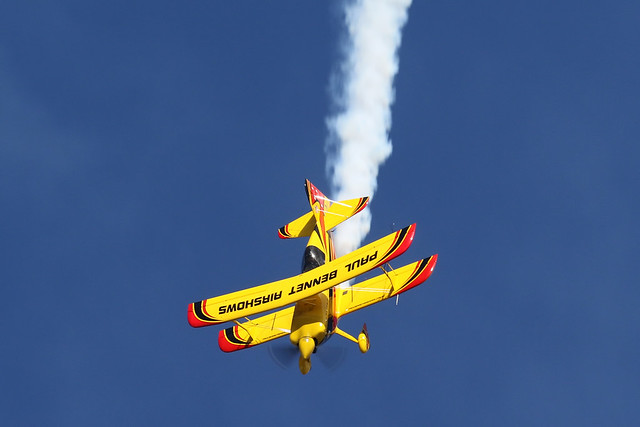 General aviation books discuss these subjects as well, but the aerobatics pilot is operating much closer to his or her personal limitations and those of the aircraft. Did I occasionally cut corners before flying aerobatics?

Maybe I missed the odd weight and balance check, density altitude and takeoff performance calculations. I’d tell myself the conditions were similar to the other day when I ran the checks, so that’ll be okay. Not now.

Flying aerobatics, with a much-reduced margin of error, airmanship has taken on a different meaning for me. I can’t and won’t now miss a planning step or assume.

My instructors on the course were all ex-RAF and expert in the art of teaching. Before the course, I read the standard reference books on basic aerobatics so I looked at the theory of aerofoils in high G manoeuvres, spinning, and unusual positions, together with revision of PPL study of lift, drag, angle of attack and stalling. 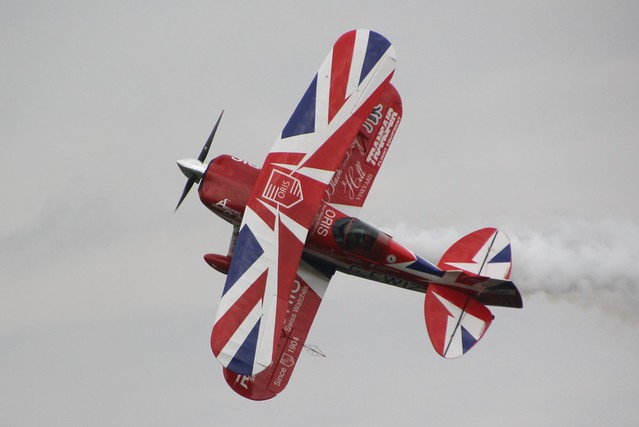 With some theory tucked away, discussions with instructors about aerodynamics and what’s happening at each stage of a manoeuvre were really enjoyable. The highly professional instruction on offer made a huge impression on me.

I loved the detailed pre- and post-flight briefings, adherence to safety protocols and procedures, personal limit assessments, focus on maintaining a safe flying environment, all covered under repeated HASELL checks (Height, Airframe, Security, Engine, Location, Lookout), discussions on maintaining a safe and effective lookout, and so on.

My first stall turn was more of a belly flop: my brain wasn’t telling my hands and feet what to do in response to what my eyes were seeing.

To sort this out, my instructor set us up in a vertical climb and took control of the rudder whilst I did the stick, he then took the stick whilst I did the rudder. “Ah, I get it now!” How about that! My stall turns aren’t perfect but they’ve been judged to be safe. When I do them now I can see what’s going on, what’s going wrong and, best of all, I know how to and can fix it.

Slow rolls: if the entry is wrong, the rest of the manoeuvre will be pants. If you don’t get the nose high enough in the first quarter of the roll with plenty of top rudder, you won’t have enough elevator authority to push the nose above the horizon as you roll inverted. I can see it now.

Barrel rolls: if you’re halfway through the manoeuvre, the wings must be level with the nose nicely above the horizon. If not, watch out, you might be about to enter a high-speed dive. The escape manoeuvre is to unload any G forces, roll wings level to the nearest horizon and pull out of any dive.

You’ll probably lose 200ft, not the 1,000ft you could in a high-speed dive if you pulled through the manoeuvre. Apparently that’s a mistake that’s killed a few airshow pilots. 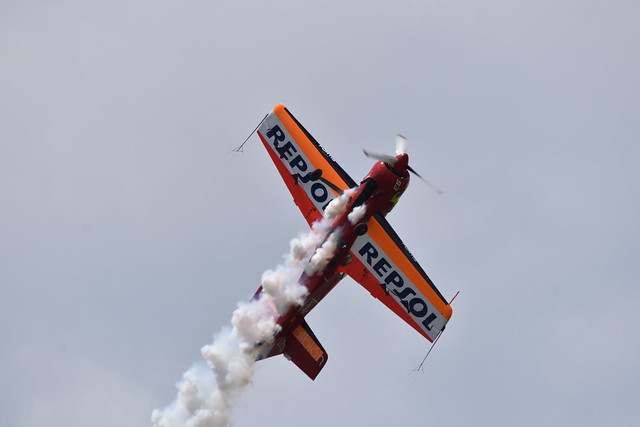 Did I suffer disorientation and a bit of airsickness?

Yes, a bit of both but that passed and that’s normal for the great majority of us. The picture out of the aircraft is now crystal clear, not the ‘washing machine swirl’ when I first started. I can see exactly what’s going on now: I know precisely what the aircraft’s attitude is, how it’s changing and how fast.

The correct control inputs to keep the attitude changing in the way I want it to are now the practice bit.

During a spin, I can see clearly what’s going on, count the turns, check direction of rotation, altitude, air speed and smoothly recover. I recall reading somewhere that Canadian Harvard pilots used to spin through cloud over their home field then recover as they popped out of the cloud base, join the circuit and land. Spinning was a normal part of the flight envelope for them. 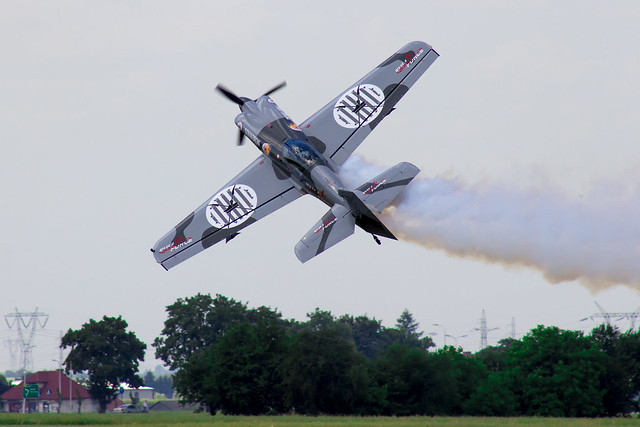 I learned more about flying in the eight-hour course than I did in hundreds of hours of countryside bimbles. I’ve tightened up my pre-flight planning now?like checking for evidence of an overstressed airframe. I’m now looking to see if any paint is cracked or separated from the rivets on the wings’ undersides.

I walk through each aerobatic flight on the ground now physically and mentally as I’ve seen aerobatic pilots do before. The flight I’ve planned for is the one I will fly. If that’s not possible, I’ll go home. Aerobatics is a degradable skill and the pursuit of perfection is part of the immense satisfaction of each flight.

I’ve found that my flight preparation is now way more detailed. Get the manoeuvres wrong and the consequences are serious.

My instructors taught me self-critical thinking, recognition of personal limitations, why being my own worst critic might keep me alive. Plan a rigorous flight profile and stick to it. Never, ever, showboat or break personal limits.

If I can’t recover from a manoeuvre by 3,000ft agl then I won’t do it. Being lucky enough to own a part share in a Bulldog 120, the prospect of the next flight is nothing but an expectation of the real enjoyment of flying for the sheer fun of it. It’s an addiction for which there is no known cure.

What have I learned about flying? The sheer joy of aerobatics is a complete revelation. Best of all, I’ll never need an excuse to go flying again.