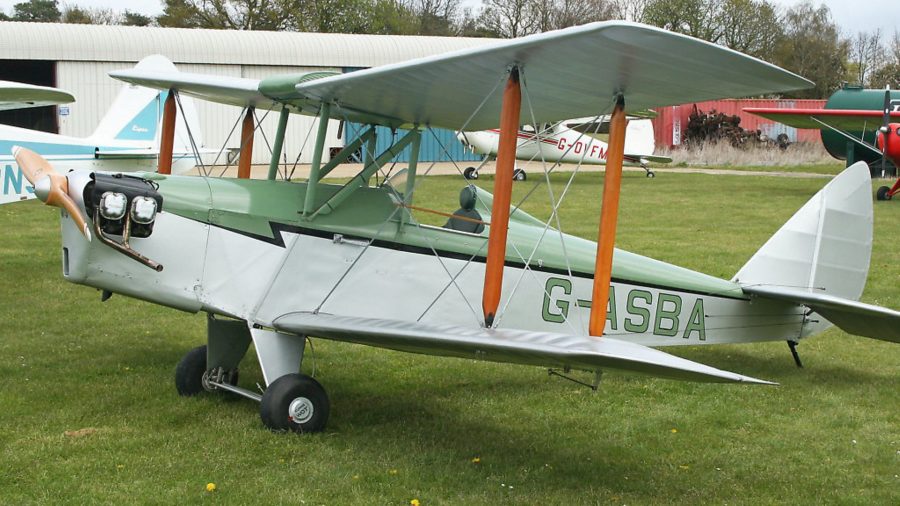 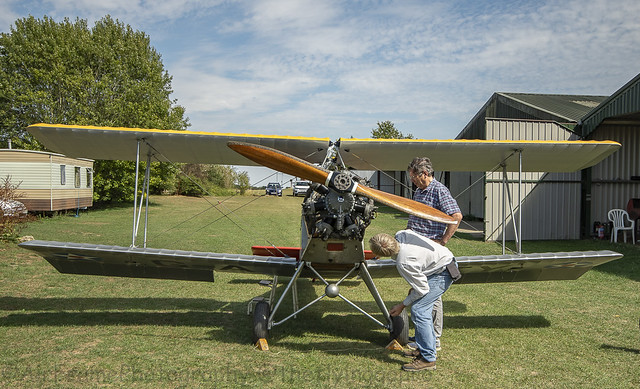 In the early seventies I joined Roy Mills’s MPM group (one of the PFA’s– now the LAA’s-earliest). They had an Auster J.4 and a Currie Wot.

My Auster flying was eventually deemed adequate for me to be entrusted with the little single-seater, a faith that I very nearly ruined ‘at the first fence’ by veering away to the right of Booker’s grass runway during my initial takeoff and narrowly missing a big triangular marker.

And when I say ‘I missed it’, I actually mean I blindly yanked back on the stick as it loomed and sort of vaulted over it, to continue my takeoff on the far side at a diagonal across the remaining grass. Thus I learned something about short-coupled biplanes.

After an acceptable landing, my brief love affair started. I had previously flown a single-seat Fournier RF4D and an open- cockpit Tiger Moth, but this little delight combined both pleasures and was much more responsive than either of them although, truth be told, its slightly exotic sixty horsepower Czech Walter Mikron engine struggled to overcome the drag of its many unstreamlined flying wires and wasn’t always as reliable as one might have wished. 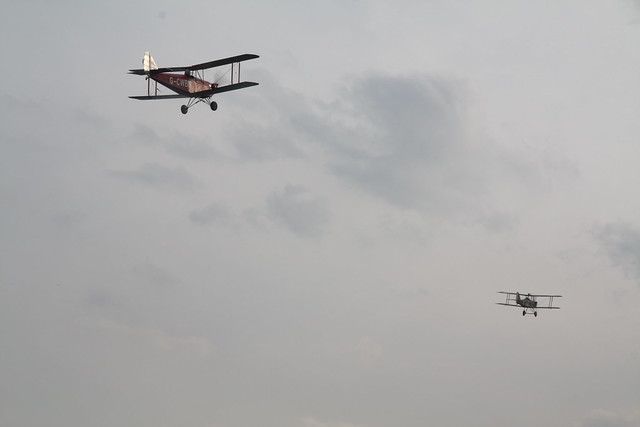 Nevertheless, this wasn’t a huge risk because it could be landed on a handkerchief. Indeed our party trick was flying vertical circuits, taking off in anything of a headwind, slowing right down at 500 feet, reversing over the threshold and then speeding up into the headwind to land again.

The Wot was sort-of-aerobatic, but struggled with its low power-to-weight ratio. Actually that was really more a poor power-to-drag ratio.

I had fewer than 300 hours P1 and it was some time since I had flown aerobatics so I was rusty, and much too youthfully overconfident to fly with an instructor, so I read Neil Williams’s excellent textbook (including the bit about not teaching oneself aerobatics from his book) and went up to put my new-found ‘expertise’ into practice well out of sight of the airfield.

I soon established that the Wot could wallow around a wing-over, an oval loop, a barrel roll, and a quarter-clover that was really more of a barrel-roll-and-pull- through. 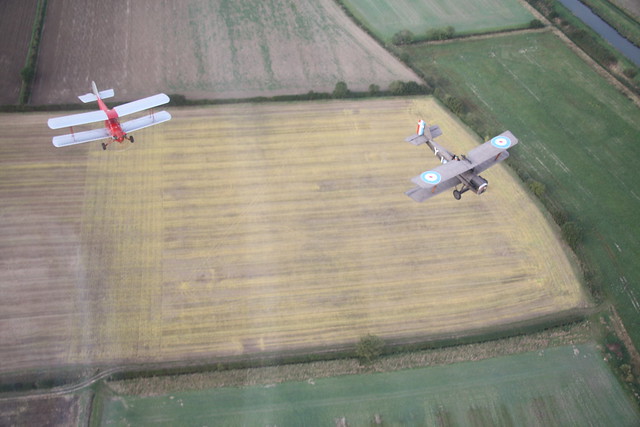 But I couldn’t seem to make it stall turn cleanly-or even at all. I fell out backwards, forwards and sideways, and all that seemed to change was the amount of dirt from the floor that I swallowed.

I persevered by trial and lots of errors. Then we were told it had been sold. An American had bought, dismantled and packed a Chipmunk for export, but there was still space in the container and his son liked the look of our Wot, which was painted in a snazzy blue and yellow US colour scheme.

Roy let me make its last British flight prior to dismantling for shipping. I flew some steep turns and what aerobatics I could before deciding I would have a final go at completing a proper stall turn.

Accelerating to maximum level airspeed, I pulled towards the vertical, but the speed dropped away to nothing long before we got there. 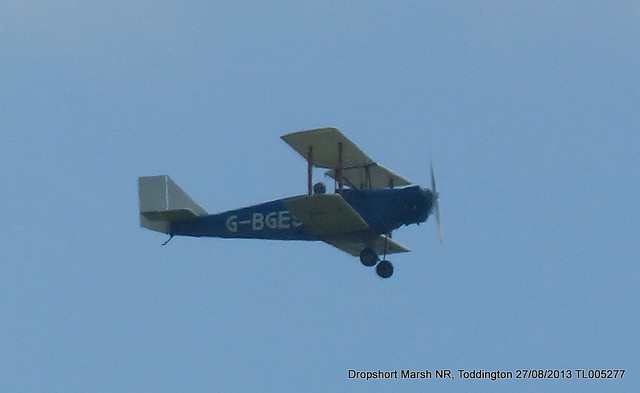 I tried again, this time diving rather faster while keeping an eye on the revs. This got the nose higher, so I pushed the rudder over at something approximating to the correct airspeed although we were really only in a steep climb.

The Wot clearly didn’t approve of this and sort of shuddered in the air before performing what must have been akin to a sideways whip-stall. Nearly there, I decided, lowering the nose for further attempts.

Faster and faster we went until my hair seemed to be blowing away by the roots. Up we soared again; almost vertical this time, but I just could not get the aeroplane to pivot neatly. It always seemed to stop before I could properly get in the rudder, falling out in a variety of unusual attitudes.

One last go, I thought, probably for the fifth time. Diving to Vne with the slipstream howling in those wires, I reduced the throttle setting on the down-line just enough to prevent that clattering little Mikron from overspeeding and then hauled back on the stick as hard as I dared. 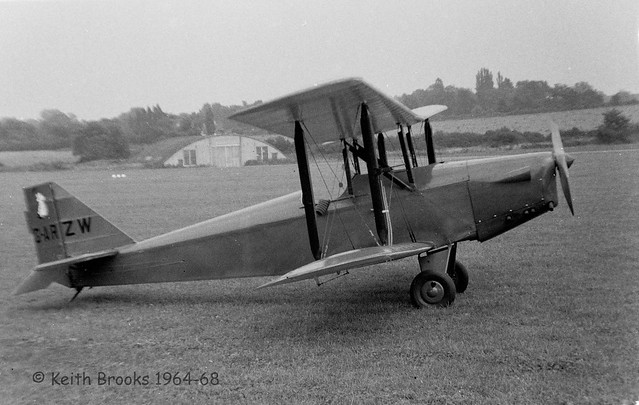 The moment we became vertical I kicked on full right rudder, but still to no avail. Everything had long since gone quiet although the propeller was still rotating.

Bugger, I thought, as the Wot swapped ends with some vigour, nearly causing me whiplash in the process. Oh well, it just can’t be done. And so I contented myself with a few tight circuits and exuberant sideslips.

When I got out to thank Roy for his generosity in letting me have that last flight, somebody approaching from behind queried “What are all those holes?”

“What holes”, I asked as innocently as I could, an uncomfortable sensation growing in my innards. 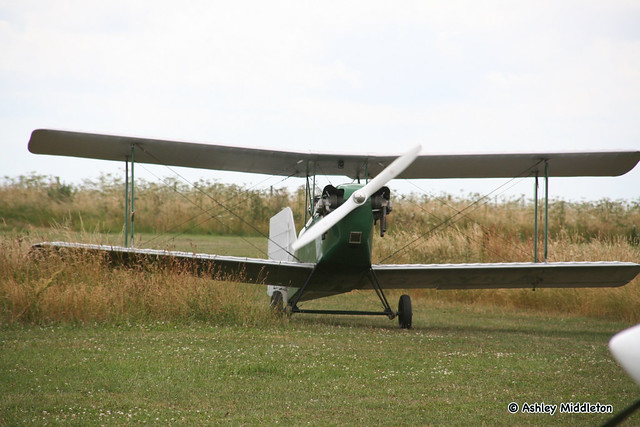 “Those holes in the rudder.”

“Holes in the rudder? Surely not? Well, how on earth could they have got there?”

I felt the hot redness creeping up my ears and pulled Roy to one side. I had spotted that these small triangular punctures were not in a line, but formed an irregular arc-shaped pattern, and only on the rudder’s starboard surface, while the centre of their arc was aligned with the elevator’s hinges.

Realising that the rudder must have been forced past its stops against the deflected elevator in what transpired to have been a series of uncontrolled tailslides, I admitted to Roy what I had done.

He was very magnanimous. “Don’t worry, I have plenty of fabric and some red dope. We can patch those right away.”

And so we did. The rudder’s right face looked a bit poxy when we had finished, but the new owner didn’t seem to mind.

It was only much later, when I saw similar evidence on another aeroplane, that I realised I might have caused serious structural damage with my stupid antics.

Breaking a few of the rudder’s flimsy wooden ribs would have been the least of it. I learned about overconfidence from that!