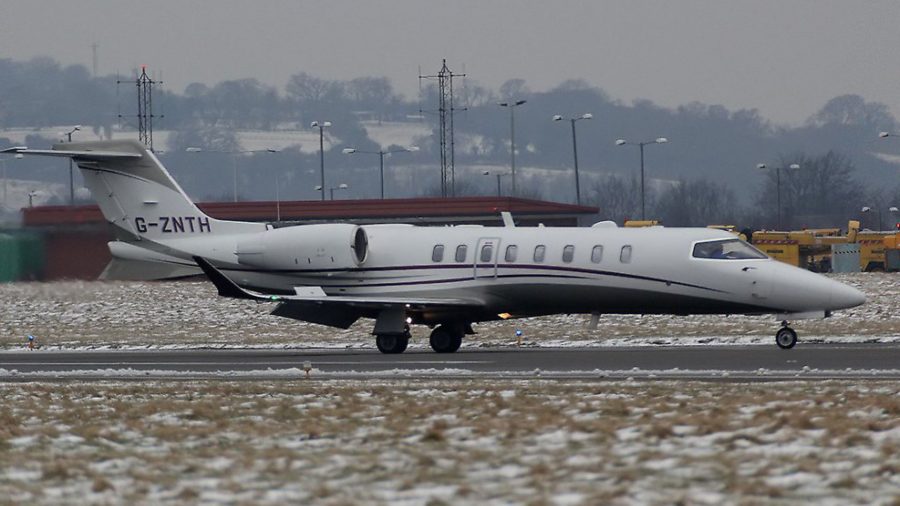 Only my second visit, a frisky Learjet, and snow ‘patches’ on the runway – what fun we could have! | By Linton Chilcott 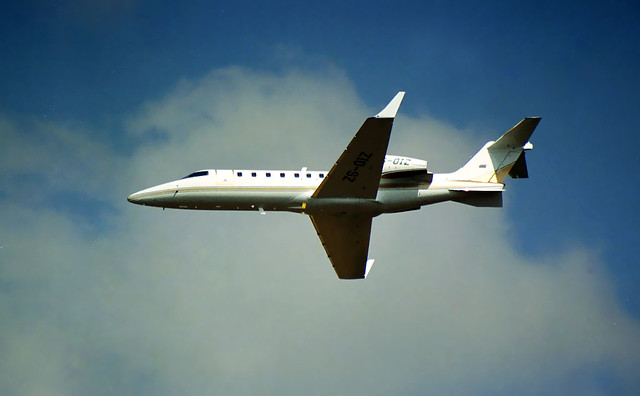 ‘Runway surface: three mm; snow patches; braking action good.’ So what do you reckon? No, you’re way off. Let me clarify.

The Learjet 60XR has more power to weight ratio than Concorde. Until production ceased two years ago, it was the fastest climbing commercial jet in production. But this was achieved in the time-honoured American fashion of bolting on the biggest, gruntiest lumps of Pratt and Whitney they could find in the shed ? a triumph, it may be said, of thrust over aerodynamics.

In fact, this evolution of a 1960s classic has a pretty old wing design and, despite huge wads of wonderful thrust, it takes kindly to some pretty high speeds at that point at which it makes, or relinquishes, contact with the runway. 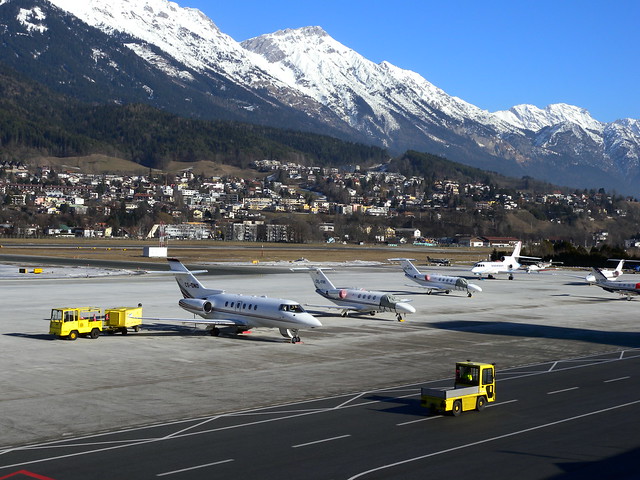 On this particular dark, crosswindy and snow-filled night, I was looking to make contact with the nice long Runway 19 at Moscow’s Vnukovo bizjet airport, only my second visit to an airport and a city that I would come to know well over the next six years.

I was new to the type, line training in the left-hand seat and, frankly, finding the management of all the automatic systems on my first ever EFIS type pretty challenging. All that information! All those pretty colours! All that bloody IT!

On the other hand, I had had jet experience before the last twelve years of turboprops. As for crosswind and bad weather experience?I had that in spades after many years of flying the islands and highlands of Scotland.

So as I took up the slack and blipped out the autopilot I was glad to get out of geekville for a bit and back towards, if not my comfort zone, at least an environment with which I had some experience ? hand-flying a few tons of twin engine aircraft onto a snow-dusted runway, with some crosswind. 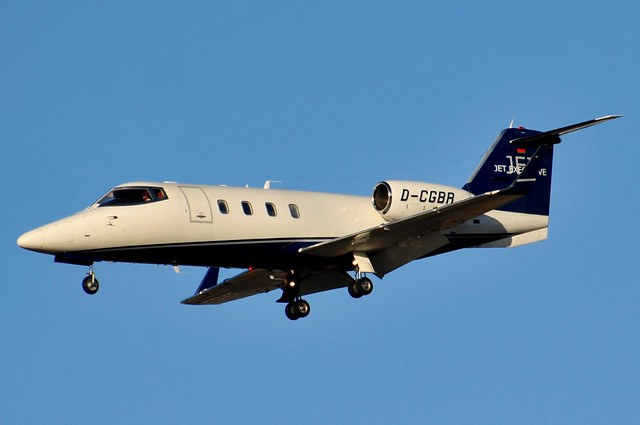 As we dropped out of the overcast, I peered ahead for the blacktop, with its reported ‘patches’ of the white stuff. Well, you know what I saw, of course ? you’re way ahead of me: white ? a sea of it. ‘Snow patches’? Nyet!

Too late for discussion.

My line trainer has seen it all before, knows what to expect, had probably warned me, if only I’d had the capacity to reflect on the point while playing with all the damn gizmos further out.

We touch… I lower the nosewheel, the spoilers snap up, I crack the big and effective thrust reversers, hesitate, then gingerly begin to open up the forward vectored thrust from those outsize Pratt & Whitneys. 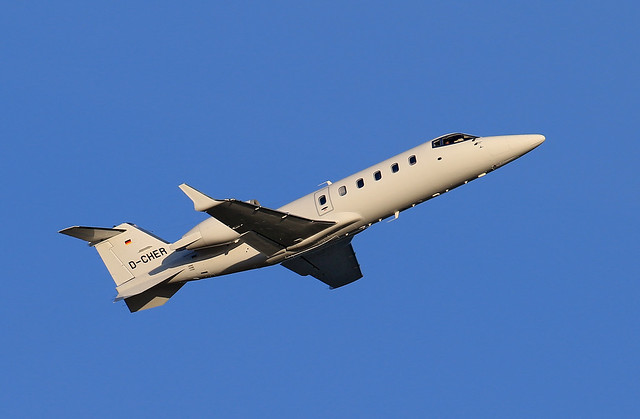 Those little bitty wheels, comically small when first seen, spin like hell?and it all begins to get a little less funny. We begin to drift. Sideways, as well as in a laterally twisting motion.

Not a lot, in truth, but certainly enough to be conscious of in my heightened state of awareness (or fear, if you prefer). Thank you but I don’t want even a little of that kind of ‘fun’ while focussed (white-knuckle focussed by this stage) on stopping eight tons of 135 knot go-go on a runway that is clearly fully contaminated, slippery as hell, and beginning to both pivot and transition laterally across my view through the windscreen.

Clearly, doing anything abruptly is very contra-indicated at this point. So is going around. It’s been tried before from just after landing on the runway ? I’ve done it myself on occasion ? but, absolutely not after the reversers are unlatched. 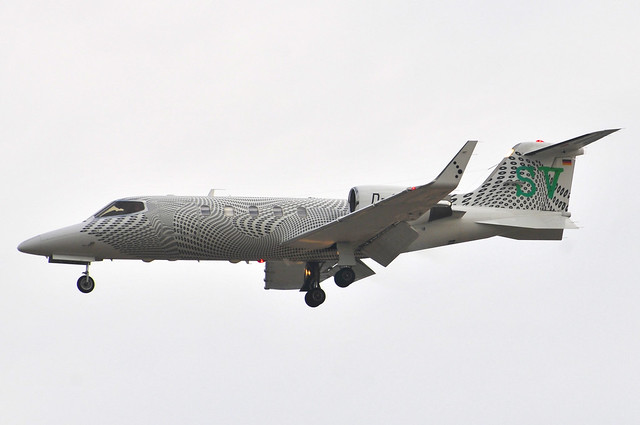 That is a no-no of big-big proportions. From here on we’re committed, and the go-around option doesn’t even flicker through my worried brain. Plentiful other thoughts and options crowd in though (as well as the age-old word that doesn’t really help in practical terms, yet somehow aids a little with stress management). Commence braking or let the reversers do the work?

More reverse to slow down? Or are those big fat thrust buckets just digging me deeper into trouble and dragging us even closer to the slushy white swamp that awaits at the side of the runway?

I’d love to say that the training kicks in but, in truth, academic lessons on braking and thrust reverse vectors, wheel slip and steering angles, and suchlike feel pretty remote just now. I’ve never been in a situation quite like this one?not at such speed, not with such small wheels, not with such enormous thrust reverse capability relative to the size of the aircraft and its funny little wheels.

And so I fall back on the two elements that have saved many an aviator over the years from either embarrassment or disaster: ‘feel’, and ‘not doing much unless you know beyond doubt that it’s the right thing to do’. And gradually and, above all, smoothly, first we steer, then slow, then slow some more, then taxi clear ? and finally start breathing again.

Just as a wee reminder, here’s some of what the books offer about stopping on contaminated runways in a crosswind: Steering and braking are somewhat mutually exclusive when it’s really slippery. As you generally have more runway ahead of you than alongside you, release the brakes and sort out the steering first.

Only then progressively get back on the brakes. While braking, a wheel has less ability to track straight (in a crosswind), therefore your braking main wheels are drifting sideways, while your un-braked nose wheels are more or less tracking straight.

When you think about it, that has to equal yaw. Same applies to the thrust reversers, only even more so. As soon as the aircraft starts to yaw off the straight ahead, they are only going to spin you more. So reduce their input?big time?and sort out the direction of travel first, before re-addressing the speed component second.

As for the Russian lesson, well, like most places, flight operations in Russia and the CIS are evolving, quite rapidly in many areas. Nevertheless, there have been two fatal accidents on Vnukovo’s runways in the six years since I began flying there, both of them involving winter conditions.

As the Russian ATC officers sometimes say when handing you off to a new frequency: “Shazleva!” Good luck!